In hindsight it's not overly surprising Florida's voting booths from the 2000 presidential election look like fold up furniture you find in the free section of Craigslist. After all these structures housed the poorly designed ballots that contributed to the still-disputed win for the Republicans in Florida. Eight years later, the problem of voting machines remains unresolved; the new Diebold electronic voting machines designed to address the issues of usability and design brought up in 2000 are reported to drop votes and they leave no paper trail. It remains entirely unclear what public servants are supposed to do to ensure an accurate ballot count.

As if to point to how little has changed, five of the original voting booths used in the 2000 Florida election have been repurposed by artists, with all but one just as rickety as they were in their original state. Commissioned by the Rema Hort Mann Foundation, The Voting Booth Project, now on display at David Zwirner Gallery, includes work by such politically minded contemporary artists Assume Vivid Astro Focus, Sandford Biggers, Marcel Dzama, Mickalene Thomas, and Fred Tomaselli.

The booth transformation varies from artist to artist though nobody in this show exudes confidence in the electoral process or its results. Sandford Biggers for example simply documents the demolition of his booth, the photographs and remnants now on display at the gallery. It's not the most sophisticated message I've seen delivered in a gallery, but it serves its purpose. Similarly using their booth to suggest cracks in democratic electoral process, Assume Vivid Astro Focus wraps its cubicle in a viral red white and blue wall paper making it nearly impossible to see inside it properly. This problem can be fixed if viewers don the 3-D glasses provided though much like Diebold's software, we know this eyewear to be far from perfect. The only thing I was able to see more clearly was the word "Bush".

Other artists such as Mickalene Thomas create a less fragile object if only to communicate the point that permanent damage has already occurred. As such her booth was never taken out of its case; instead covered and sealed with black rhinestones as though it were an ornate coffin. Also taking a bleak look at the state of political state of affairs, Marcel Dzama's voting cubicle, Contra el bien general/Against the Common Good, makes reference to the same named Francisco de Goya etching executed 1815-1820 critical of a period after the Spanish war with the French. During this time King Ferdinand VII was reinstated in Spain, along with the power of the Church, the Inquisition, and the practice of torture. Inside Dzama's booth a figure presumably guilty of lying (his nose, which doubles as a surgical instrument, is elongated), operates under a blue light on a bat. Whatever the problem is, it seems doubtful the nose will fix it.

Providing the strongest work in the show, Fred Tomaselli's Untitled 2008, uses what appears to be a roll of calculator paper to print out the pictures and stats of U.S. soldiers who died in the Iraq war from CNN's website. The stripe runs from inside the booth, to the other end of the gallery, still only exposing fraction of the list. In as much as the piece speaks to the loses accrued from a controversial electoral win (such as those from an unnecessary war,) it also presents an inaccurate number count as the death toll rises daily. In this way the scroll mirrors the imprecise ballot count; even on the day of its printing the list seems incomplete given the number of soldiers missing in action.

Like Dzama, Tomaselli's booth remains more or less in tact, a fragile relic from the 2000 elections. While it is rare to see unanimity within the art world, this show offers a rare glimpse at what that might look like. And it should. In addition to offering a document and a cautionary warning of flawed electoral processes, The Voting Booth Project also offers a prediction for the future should electorial issues remain as they are: dirty tricks, continued fighting, and politics that cater to the lowest common dominator. In short, more of the same. 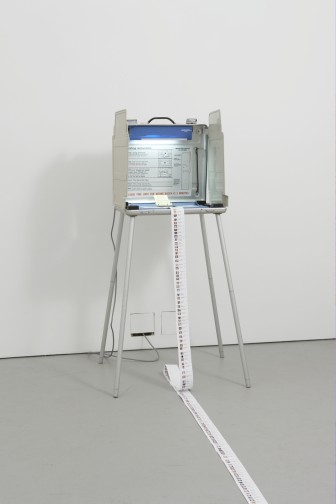 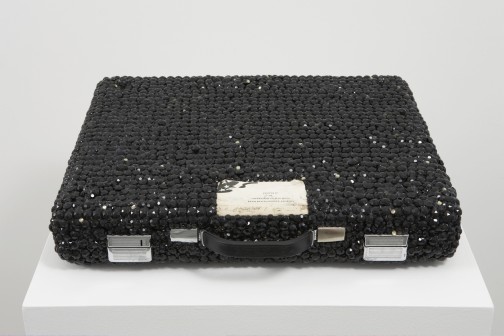 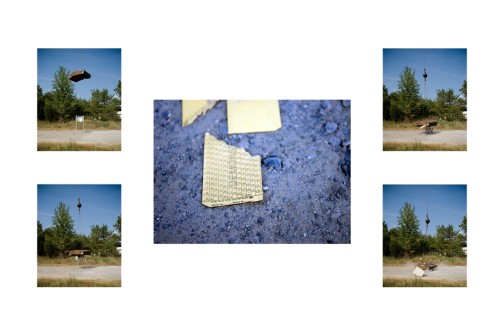 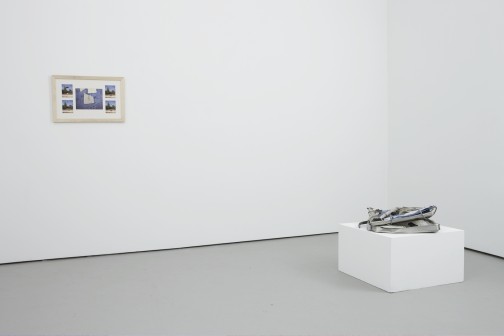 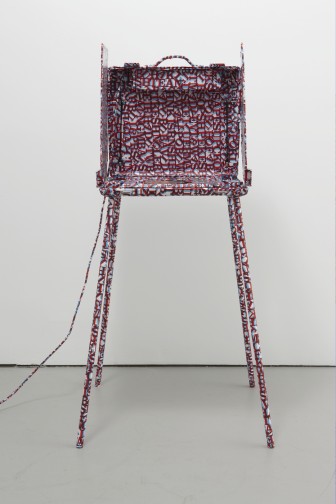 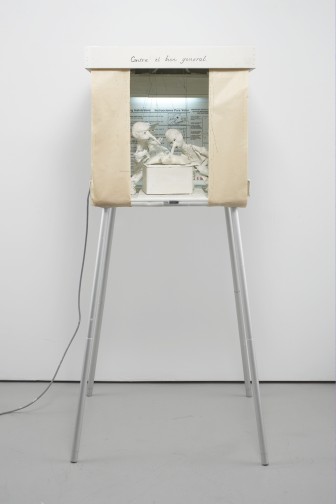