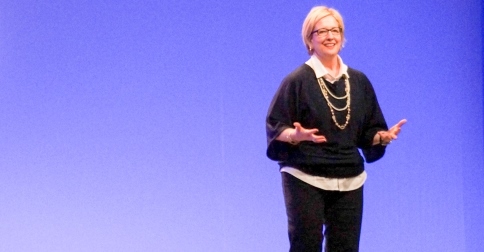 Few things are more coveted to writers than the Midas-touch of an endorsement by Oprah Winfrey. Most will never earn such a boon, but those who do often find themselves launched into stunning commercial success (or at least, a bolster to their preexisting fame). Such titles have included Pulitzer-Prize-winning novels and new age, self-help guidebooks. When Brené Brown's appeared on Oprah's 'Super Soul Sunday', her books joined the ranks. The topic of Brown's books, however, held a unique and unexpected theme: the importance of making yourself willingly vulnerable. Who chooses that? And why would that appeal to someone like Oprah and her countless fans?

And yet, following on the heels of the self-esteem generation that spoon-fed us saccharine sweet praises (which often come off as little better than Stuart Smalley's over-the-top mirror self-affirmations), Brown offers encouragement that is deeply compelling and meaningful precisely because of it's raw honesty. With statements like "Imperfections are not inadequacies; they are reminders that we're all in this together" and "You are imperfect, you are wired for struggle, but you are worthy of love and belonging", Brown helps even someone as successful as Oprah to recognize her own common humanity, flaws and all. And there is liberty in that honesty.

Brown's most recent book, Daring Greatly: How the Courage to Be Vulnerable Transforms the Way We Live, Love, Parent, and Lead (2012, New York City, NY: Gotham), is based on over a decade of research and posits that vulnerability is critical to achieving and maintaining healthy lives and relationships. Several years after it's release, Daring Greatly remains a bestseller. How did she arrive at this hard earned wisdom?

Interestingly, as we look back at Brown's books prior to Daring Greatly, we can glean some insight into how she became such a champion of vulnerability. Her two prior books, entitled I Thought It Was Just Me (but it isn't): Telling the Truth About Perfectionism, Inadequacy, and Power and The Gifts of Imperfection: Let Go of Who You Think You're Supposed to Be and Embrace Who You Are, engage the core themes of willing personal honesty and the acknowledgment of our imperfections lay a clear foundation for Brown's later work on vulnerability. In other words, if we want to get to the place where vulnerability becomes (as Brown claims) "the birthplace of innovation, creativity and change", we must first be willing to name our imperfections and accept what we cannot change and boldly face what we can.

This critical point is central to my own book, Vulnerable Faith: Missional Living in the Radical Way of St. Patrick (Paraclete Press, 2015), where I draw from the gritty truths of Alcoholic's Anonymous' 12 Steps. The steps take for their foundation an unqualified declaration that we are powerless to overcome our own inadequacies, imperfections and failings alone -- that we need something bigger than ourselves. Most of us hide from the difficult reality by embracing what I call "the other deadly sin": pretense.

"Pretense, like hypocrisy, is the act or appearance of being something that it is not. It is about giving the impression of something as being true that is, in fact, false."

From the covering of our nakedness in Eden to the polite dishonesty of "putting on our Sunday best", pretense is borne from our fear -- fear of being judged, alienated and rejected. Yet it also becomes the prison that keeps us bound up. Vulnerability is a path to freedom from these chains, but a freedom purchased at a high price. It should not surprise us that we so often opt for pretense over vulnerability -- after all, the latter is a call to a form of death, in part what Jesus means when He calls us to take up our crosses and follow Him. However, when we follow this path to the cross surrounded by the love and grace of God and trusted friends, the liberty frees us to be people we were truly created to be. As Jean Vanier reminds us:

Coming to terms with life means embracing the essence of our humanity, which is vulnerable. Life implies death. Loving one another implies the possibility of humiliation or rejection. This is reality. But to live in fear is not to live at all. And so we must be vulnerable so that we are free from fear, free to love.

Far more than simply a self-help method of personal freedom, the liberty that comes with vulnerability frees us, as Vanier pointed out, to truly love others. The beauty of the saving work of Jesus Christ is that, as we embrace humble vulnerability, out of our weakness and brokenness emerges ministry. Despite the thinking of modern marketing, that suggests our faith will be most appealing to others when they see it as a glorious and flawless life, the wisdom of vulnerability demonstrates that people are more likely to be drawn to a community of mutually struggling, yet hopeful and gracious people. In other words, there is more hope in honest brokenness than in the pretense of false wholeness.

This is why I choose St. Patrick of Ireland as my patron saint of vulnerability. Patrick was born to privilege, power and wealth. Yet, it was when he was kidnapped and sold into slavery that he was forced to face the emptiness of the pretense in his life. Not only did that process bring him into a meaningful faith in God, but also produced in him a love that was truly selfless. After all, after his escape to freedom, that love led him back to the land of his captors as a servant missionary. His example is worth our consideration.

Thomas Merton once said, "We stumble and fall constantly even when we are most enlightened. But when we are in true spiritual darkness, we do not even know that we have fallen." The work of Brené Brown invites us to shed light into that darkness and to face our imperfection with humility and hope, to embrace a the power of a vulnerable faith. 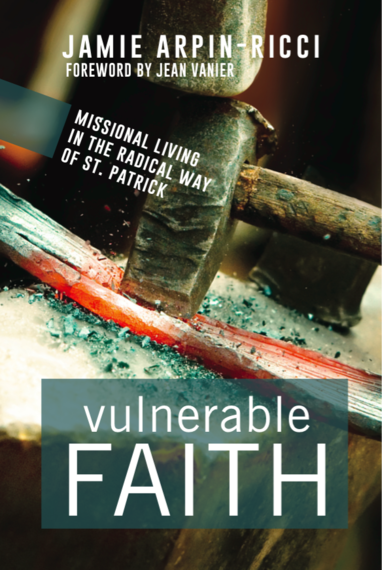 (Reprinted with persmission from The Englewood Review of Books)