The skeptic case against climate change is unraveling before our eyes like someone walking away from an old sweater, thread in hand.

For those who have ever put the skeptic arguments to the test, it has always been clear that their criticisms rarely stand up to even the most basic level of academic rigor. But last week's release of the Berkeley Earth Surface Temperature (BEST) study delivered a decisive blow to the edifice of climate skepticism.

The key skeptic pillar, summarized by arch skeptic Anthony Watts, has always been this: "How do we know if global warming is a problem if we can't trust the temperature record?"

His 2009 study of US weather monitoring stations argued that many were located in areas where temperatures were likely to be higher than in surrounding areas, suggesting that estimates of warming were exaggerated. So the BEST study, partly funded by the climate denial industry, was undoubtedly meant to corroborate Watt's fundamental tenet.

Instead, the BEST study confirmed quite the opposite -- that rapid warming trends found by previous studies of climate change are in fact correct. While the study must still undergo peer review, it is a climate change denial killer for two reasons:

• The research was led by a prominent climate skeptic with funding by denial bankroller Charles Koch. It was given the seal of approval by Watts and other skeptics. Watts: "I'm prepared to accept whatever result they produce, even if it proves my premise wrong." Fred Singer, another long-term denier said: "I applaud and support what is being done by the Project -- a very difficult but important undertaking."

• It annihilates the "climategate" accusations. Skeptics claimed that climate scientists had tried to hide discrepancies in the temperature record which were inconsistent with global warming trends. Even though every one of the six independent inquiries has exonerated the scientists as well as the science, deniers have been relentless. BEST shows that these discrepancies are inconsequential. 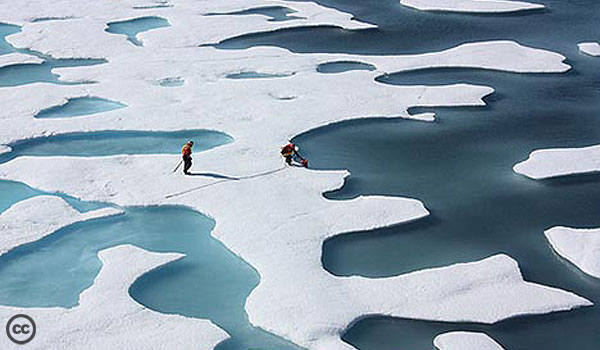 It's important to remember, however, that climate denial is not about getting at the truth. It is a well-funded, carefully orchestrated campaign to block regulations on greenhouse gas emissions. So once the skeptics realized their own study was going to fly in the face of their main talking points, they figured BEST would have to be neutralized somehow. Indeed, Watts has been back-pedaling for months, ever since the preliminary findings were known. Their counter-strategy generally went like this:

Was the timing a coincidence? Hardly. The GAO study in question (PDF) was more than six weeks old and had already been reported widely in the blogosphere based on a distorted press release issued by the skeptics' very own Sen. James Inhofe. (And Heartland further distorted it beyond all recognition, I might add. Rigged data? GAO didn't even imply this, let alone confirm it.)

So why the sudden re-release of an old story, but this time focused specifically on vindicating Watts? Because it was his work that BEST eviscerates. As Watts himself admits, "I knew that behind the scenes, they were planning a media blitz" (and he of course is scrambling to cast doubt on the findings). It was a preemptive strike meant to imply that there were two sides to the story. And why refer to "UN temperature data" when the story had nothing to do with the UN? Because tapping into public mistrust of the UN is part of the denial narrative.

2) Change the Subject: The press didn't buy the standard "two sides" gambit. Virtually every major media outlet ran stories with headlines like this one from The Economist: "The heat is on: A new analysis of the temperature record leaves little room for the doubters. The world is warming."

So the next move was to pretend this was never a key tenet of the denier argument. The day after publication, Heartland's line was:

Um, right. I Googled "Earth is cooling not warming" and got 13 million results. The Urban Heat Island effect has been a lynchpin argument of the deniers, led by Watts, for years.

Perhaps the most blatant example comes from the very man who coined the term climategate, James Delingpole. Just one year ago, in a piece titled Global Cooling and the New World Order, he wrote "the global elite is perfectly well aware that global cooling represents a far more serious and imminent threat to the world than global warming..." The same guy last week?

'The planet has been warming,' says a new study of temperature records, conducted by Berkeley professor Richard Muller. I wonder what he'll be telling us next: that night follows day? That water is wet? That great white sharks have nasty pointy teeth? That sheep go "baaaa"? ...It has been a truth long acknowledged by climate sceptics, deniers and realists of every conceivable hue that since the mid-19th century, the planet has been on a warming trend."

Outright denial is increasingly hard to defend, so the new talking point is "Yes, there is some climate change, and yes, a little might be man-made, but don't worry, most of it is natural so we don't need to do anything about it." This friendly face of climate denial is backed up by Heartland's insidiously deceptive "Encyclopedia" on Climate Change.

3) Silence Climate Scientists: climate scientists have been subjected to a veritable witch hunt. As a bunch of people understandably deficient in PR craft, they've proved an easy target for the skeptics. The most recent attack can be found in an obscure amendment (SA 862) to a Senate "minibus" budget bill (HR 2112). The amendment would prohibit federal employees (including scientists from NOAA, NASA, and other government institutions) from participating "in any password-protected electronic forum that involves the participation in a process or production of the Intergovernmental Panel on Climate Change."

Of course the IPCC uses password-protected fora. Anyone who has ever used online tools (like Google docs) to work on joint papers knows they are far more efficient than using email. Having draft versions in the public domain would simply create confusion (see 1 above). It would be like conducting climate science as if it were a reality TV show, with every spat judged in the court of public opinion, although in this case the public is far less qualified to pass judgement than on whether Britney should be voted out of the house.

Fortunately, the truth is stubborn and it's only a matter of time before it prevails. Unfortunately, however, time is precisely what we don't have. Maybe we should take a more pragmatic approach. The next time someone argues that Arctic sea ice isn't vanishing after all, don't argue. Just ask... Why do you think the bordering states and big oil companies are now jockeying for position to exploit the resources of the increasingly ice-free Arctic Ocean -- for the fun of it?