This summer, the World Atlas ranked Malawi as the poorest country in the world. Just last month, the Center for Strategic & International Studies reported that Malawi is facing its worst humanitarian crisis in its history as widespread maize harvest failures have created massive food shortages. Over half the nation's population needs food relief to survive through the beginning of next year. In Malawi, poverty and hunger go hand in hand.

The war against poverty in Malawi has continued for decades, from even before it achieved independence in 1964. But in many ways, the nation is quite blessed -- it has natural resources, a climate that isn't extreme, a large and bountiful lake, and a peaceful history without threat of war. And still, Malawi forever clings to the top of the list of the world's poorest countries.

Because we're fighting the wrong enemy.

The enemy is not poor maize harvests, poor healthcare, poor education, or even poor government. These are serious problems, but they aren't the enemy. In a garden, you can wage a very long war on poison ivy by cutting its leaves and vines and still the ivy always grows back. You can't win fighting this way. You can only beat poison ivy by targeting its roots.

AN UNWIELDY SYSTEM
We can only win the war on poverty and hunger in Malawi by targeting the real enemy -- and that enemy is the system of how the world tries to help. Specifically:

--The system that creates a hierarchy of aid and government workers whose job security and quality of life depends not on their wanting what is good on the ground, but pleasing whoever is above them in rank

--The system that discriminates against on-the-ground, local initiatives because of a lack academic credentials, English-speaking skills, and the ability to complete unwieldy applications and fulfill misguided metric targets

If we are to win the war against poverty, we need to face the truth and admit that the system has not only not worked in Malawi, it has made the situation worse. As I write this, thousands of Malawi villages are struggling with water sources that are close to disappearing and food supplies that have already run out. People are starving. Four decades of intervention, and look how far we haven't come.

THE VICTORY GARDEN CAMPAIGN
My small organization, the Face-to-Face Project, is scaling up our home victory garden campaign to teach people how to grow high-yield no-cost, dense gardens placed next to the house. More precisely, we teach groups of villagers who go out and teach their friends, families, and neighbors -- in essence, the Campaign is all about villagers teaching villagers so that 100,000 people will benefit from being able to grow more food by the end of 2017.

In spite of millions of dollars coming into Malawi to counter the food crisis, our campaign doesn't qualify for any of it. The system requires us to have a bigger and more educated staff and for us to work through government agencies. In a country where local government clinics have no malaria medicines because it all gets siphoned off before it reaches the people on the ground, isn't it crazy to stick to a system that hasn't worked for decades?

IMPACT VS THE SYSTEM
The world helps Malawi's hungry population by distributing hundreds of thousands of bags of food. The victory garden campaign results in villagers harvesting their own food from their victory gardens in less than a month. It's a shame that the system is too unwieldy to accommodate a long-term, local, and low cost solution, no matter how well it has proven to work.

How much does your campaign cost? he asked us.

We can't help you, he answered. Your budget is much too small, regardless of impact.

In Malawi, the enemy of the war against hunger and poverty is the system. And it's hiding there in plain sight.

for more information on the Face-to-Face Project, click here or visit www.facetoface.org 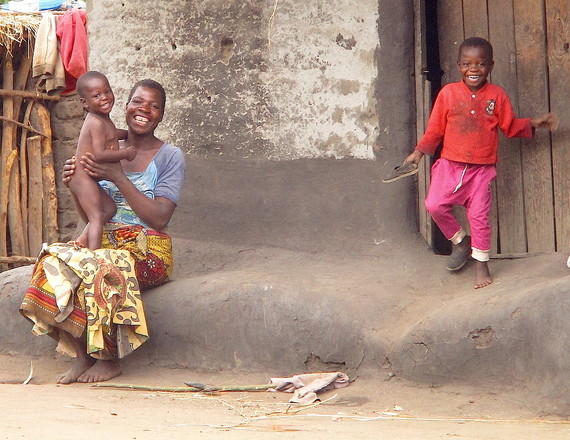