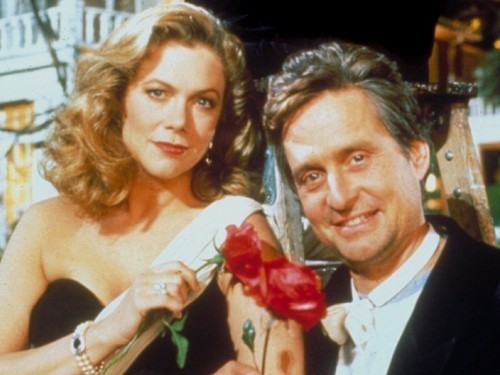 This year marks the 25th anniversary of the Hollywood release of the 1989 box-office hit The War of the Roses, starring Danny DeVito, Michael Douglas and Kathleen Turner. This year also marks the confirmed development of the sequel, based on my follow-up novel, The War Of The Roses - The Children, with Permut Presentations and Grey Eagle Films, as well as the Broadway announcement for the stage adaptation of The War of the Roses, to be produced by Tony-winning producers Jay and Cindy Gutterman (All the Way, Spring Awakening).

This cautionary tale about the perils of divorce and the destructive power of materialism burst upon the public consciousness at a time when divorce rates in the U.S. were at an unprecedented high. Since then, the story has not only proliferated globally, but it has also entered the Zeitgeist and morphed into the nomenclature of divorce, both in legal proceedings and as a metaphor for a contentious break up. The book continues to be read in over 25 different languages, while the movie is shown around the world on television with greater frequency.

It is estimated that 50% of all North-American children will experience the divorce of their parents before they turn eighteen, and 50% of the children of divorced parents in the U.S. will experience the breakup of their own marriages. While divorces in the U.S. have declined since the 1980's, divorce rates across the world, especially in countries like Russia, South Korea, Belgium, and Sweden are soaring. The infamous tale of Jonathan and Barbara Rose is resonating with international audiences now more than ever before.

I am astonished at the staying power of The War of the Roses, which takes a rather dark view on the end of a marriage, and what the process itself does to people. People I meet are convinced that the story is autobiographical. Even when I explain that I have been married only once, to the same girl I fell in love with a half century ago, they will insist that this cannot be true.

I have received countless comments, letters, and e-mails from people who have read the book or seen the movie, many expressing their thanks for changing their lives in some way. Some confessed that they abandoned any idea of fighting over property in the course of their divorces. Best of all, some have told me that it caused reconciliation with their partners.

The idea for The War of the Roses came to me at a dinner party in Washington in 1979. One of our female friends was dating a lawyer then, who was her guest at the party. At some point, he looked at his watch and announced that he had to get home or his wife would lock him out of the house. When I asked him why, he declared he was in the process of getting a divorce, and was living under the same roof with his wife, sharing the facilities. Part of the agreement was a strict set of rules on coming and going, and the division of living quarters.

It is always difficult to describe to people how a story idea enters a novelist's consciousness. This was my "eureka" moment, and the story quickly formed in my mind. I pursued the idea relentlessly, and even consulted a judge, who was an expert on domestic law.

By the time the book was published, many people, including that dinner guest, were convinced that somehow I had gained access to the legal files of their individual divorce proceedings. I cannot enumerate the number of times people have accused me of stealing their divorces. I have tried countering this accusation, but to no avail, by explaining that a novel is a work of the imagination, the amalgamation of a novelist's observations and experiences.

I don't write with the movies in mind, but I am told there is something compellingly visual in my work. Hollywood interest in The War of the Roses was instantaneous, and the book was optioned to Richard Zanuck and David Brown, two wonderful producers for whom I wrote the first screenplay.

For no apparent reason, which is the only way I can describe the 'Hollywood process,' they were unable to put the movie together, and the book and screenplay were re-optioned by yet another creative producer, James L. Brooks, who eventually produced the movie.

Interestingly, most of the people involved in adapting The War of The Roses into film had themselves experienced contentious divorces; surely a motivating factor in bringing it to the big screen. I was quite happy with the result. James Brooks, and director Danny DeVito helped create an enormously compelling and enduring film, which pretty much stayed true to the story arc of my novel. It successfully translated what I had to say about how greed, materialism, and selfishness can whittle away at an individual's integrity, destroy common sense, and encourage turbulent emotions that lead to violence. It illustrated also, the devastating effect such marital conflict could have on children who become innocent victims of the process. The War of the Roses as a film, to my mind, is an excellent rendition.

In celebration of this milestone, readers can purchase the eBook for $1.99 through Oct. 20th.

Warren Adler is best known for The War of the Roses, his masterpiece fictionalization of a macabre divorce turned into the Golden Globe and BAFTA nominated dark comedy hit starring Michael Douglas, Kathleen Turner and Danny DeVito. Adler's international hit stage adaptation of the novel will premiere on Broadway in 2015-2016. Adler has also optioned and sold film rights for a number of his works including Random Hearts (starring Harrison Ford and Kristen Scott Thomas) and The Sunset Gang (produced by Linda Lavin for PBS' American Playhouse series starring Jerry Stiller, Uta Hagen, Harold Gould and Doris Roberts). Also in recent development are The War of the Roses - The Children (Grey Eagle Films and Permut Presentations), a feature film adaptation of the sequel to Adler's iconic divorce story, Target Churchill (Grey Eagle Films and Solution Entertainment), Mourning Glory, to be adapted by Karen Leigh Hopkins, and Capitol Crimes (Grey Eagle Films and Sennet Entertainment), a television series based on his Fiona Fitzgerald mystery series. Warren Adler's newest thriller, Treadmill, is officially available.