In New York City, it's not uncommon to find art by famous painters and photographers hanging in unexpected corners of the boroughs. From street art to public art to contemporary elevator museums, every crevice of NYC seems to be open game for artists.

Such is the case with the long-talked about the Water Tank Project, a public art endeavor that's bringing work by major figures like Laurie Simmons, John Baldessari, Catherine Opie, Mickalene Thomas, Kenny Scharf, Carrie Mae Weems and Ed Ruscha to the roofs of New York. Meant to bring awareness to water scarcity across the globe, the Project turns unassuming water tanks into canvases. 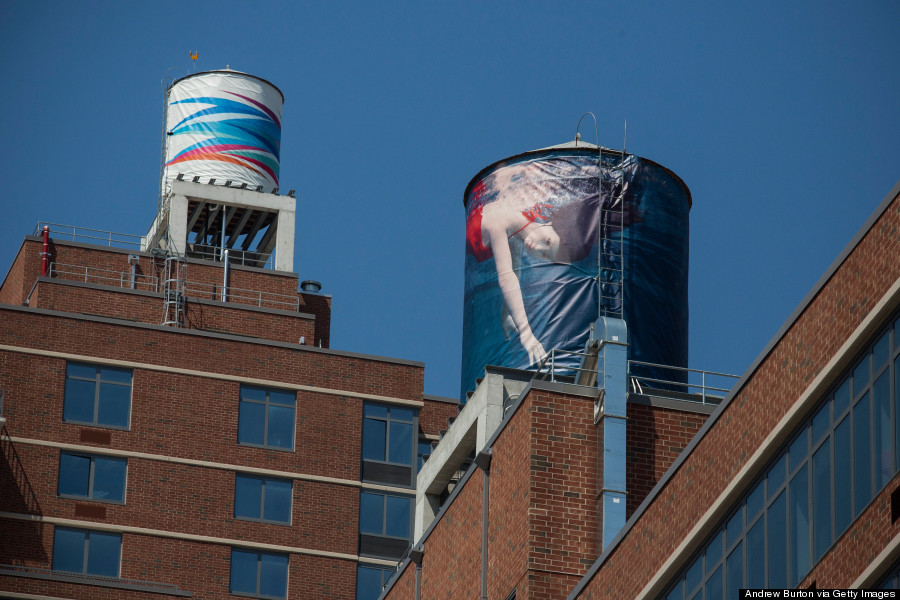 Organized in part by Word Above the Street, a nonprofit dedicated to social advocacy as art, the campaign aims to takeover 100 water tanks in total. The Isseks Brothers, a family-owned business dating back to 1890 that constructs and maintains water tanks, is installing the artwork, while the Children’s Movement for Creative Education is helping to develop a curriculum titled "Trace the Tap," meant to educate students on the importance of clean water.

Artist and filmmaker Mary Jordan, the founder of Word Above the Street and the Water Tank Project, began the initiative after traveling to Ethiopia in 2007 and witnessing the water crisis there. "We are creating symbols of water abundance and raising awareness about our global water issue, one tank at a time," Jordan explained in a statement. "My hope is that everyone everywhere is inspired by the Project, and is encouraged to learn how they can make a difference.” 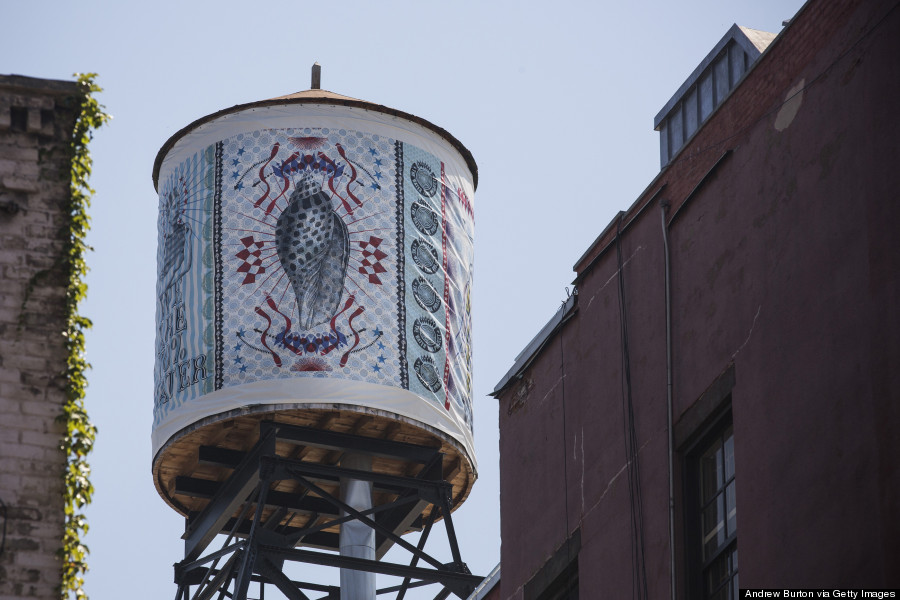 A water tank, reimagined and wrapped as an artistic canvas by artist Lorenzo Petrantoni for The Water Tank Project, is seen at 393 West Broadway on August 27, 2014 in the SoHo neighorhood of New York City. (Photo by Andrew Burton/Getty Images)

Water tanks in New York City specifically tend to measure in at 12-feet tall and 13-feet wide, Artnet reports. In order to transfer the art to the water tanks, which are generally made of redwood, the Project will print the works on vinyl material and install them on top of existing tanks. 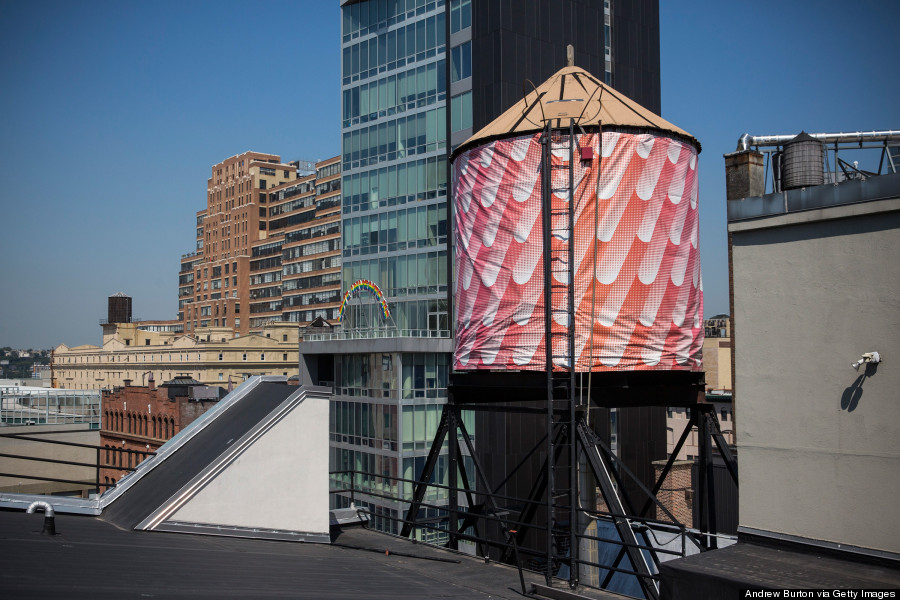 A water tank, reimagined and wrapped as an artistic canvas by artist Sigrid Calon and sponsored by Swatch for The Water Tank Project, is seen at 530 West 25th Street on August 27, 2014 in the Chelsea neighorhood of New York City. (Photo by Andrew Burton/Getty Images)

So far, five tank artworks have popped up in Chelsea, SoHo and the Financial District. Check out a preview of the completed tanks here and head over to the Water Tank Project site to follow the progress of the upcoming works. 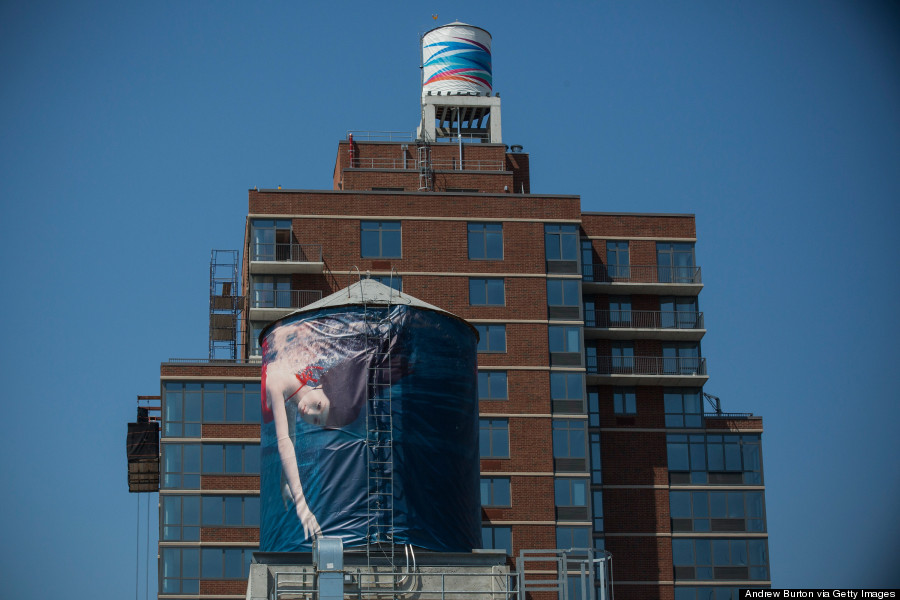 Not pictured: Tessa Traeger's tank at 110 Fulton Street in the Financial District.