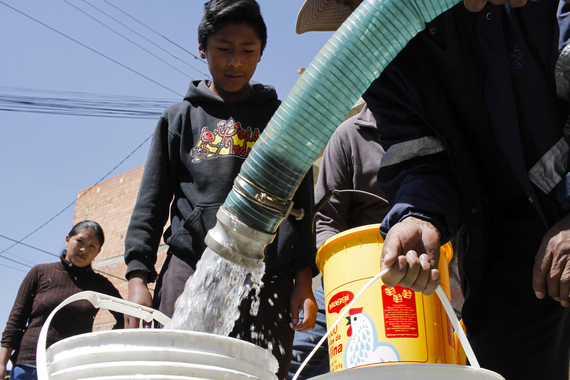 There has been no running water for three weeks in La Paz, Bolivia, November 2016. ©Mateo Romay Salinas

"Don't jump the queue! I was the first in line. Get out of the way!" Shouts a man carrying a bucket, "I've got three kids and was waiting somewhere else and when the water truck came there wasn't enough for all of us. We don't have water to drink." Answers a woman in tears with a blue bucket and a little girl holding a bigger bucket than her. The army officer overseeing the distribution of water addresses the crowd who've gathered to get their ration, "those with a copy of their paid water bill can have four buckets of water." The water is being delivered in a petrol tanker and the meager rations people are fighting over looks more like urine than water.

There has been no running water for three weeks.

This is happening in La Paz, the capital of my country Bolivia. Hospitals are in emergency, schools have cancelled classes, food factories have stopped manufacturing. Since there's no water, there's no bread, the staple food for Bolivians. Last week the rubbish collectors went on strike and the electricity was out. 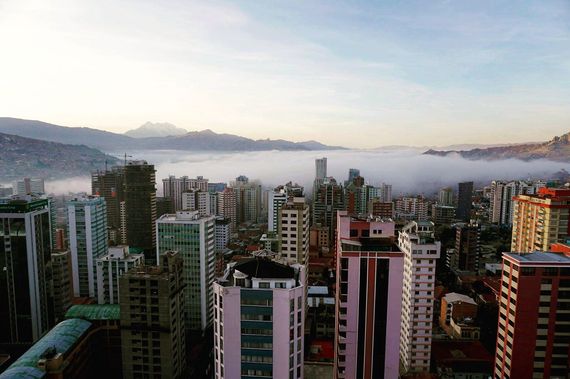 Scenes in La Paz look more like the opening of a post apocalyptic science fiction film, but unfortunately this is real. La Paz, home to 2 million people, might be the first capital city to have a very serious water crisis, but I doubt it will be the last.

Evo Morales, our president, said on national television, "For me this is like an earthquake, it wasn't in our planning to run out of water, we were taken by surprise. You must prepare yourself for the worst." However the United Nations alerted the Bolivian government in 2013, that Bolivia was one of the most vulnerable countries to suffer the effects of global warming, and they needed to take precautions. Morales has been busy building coliseums in his own name with credit from China, in exchange of mining concessions to Chinese companies, who incidentally use vast amounts of water and likely care little about the needs of Bolivians. 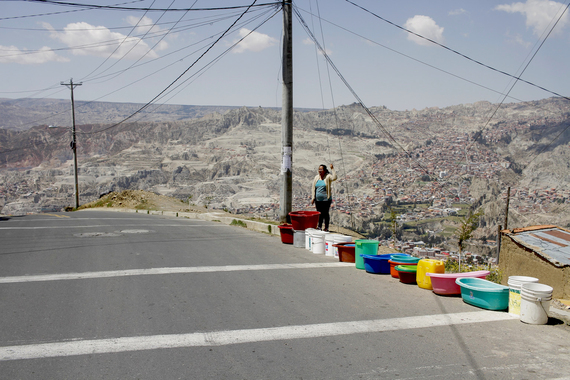 The mining companies helped dry up the little water left on the high planes, after the melting of the Chacaltaya that disappeared in 2010 (the first tropical glacier to melt before our eyes). Last year, the second biggest lake in Bolivia dried up, 86 km long and 55 km wide, became a desert. Yet, while the writing had been on the wall for several years, Morales' government didn't say a word or take any action to prevent what is now a water crisis of biblical proportions in Bolivia.

The water supply for the capital La Paz has run dry, and there won't be enough water in the city's dams until 2018.

So, if you're a global warming skeptic like the US president elect Donald Trump, I invite you to come on down and visit La Paz, experience what the future has in store for all of us. The war for water may have just begun.