Justice for the communities most impacted by the reality of climate change isn't here yet. But if we read the Paris COP preparations, this Human Rights petition and the New York Attorney General investigation correctly, it's about to be -- in a really big way!

Climate Justice has emerged as one of the key issues in the six years since the Copenhagen COP, as none of us can ignore the harsh truth that we are all suffering from the effects of climate change. However, as people and leaders around the world have also acknowledged already, some of us are suffering more than others. 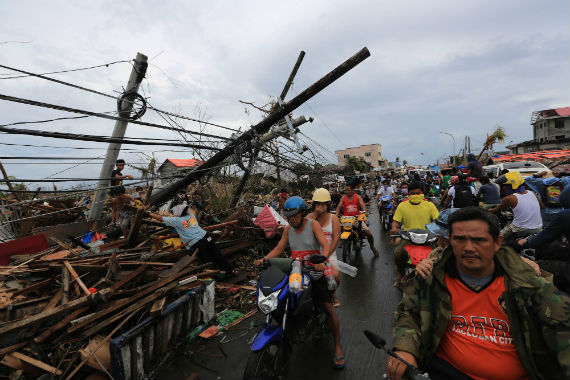 Right now, Pacific Islanders are facing the fact that any sea level rise means their homes and infrastructure will be severely damaged or even destroyed. Right now, people in the Philippines are experiencing more and increasingly severe typhoons, losing their livelihoods and lives in the aftermath. This summer more than 1,000 people died during a Pakistan heat wave.

What do sea level rise, typhoons, and heat waves have in common? Climate change makes them worse, and poor communities in developing nations are facing the worst of these harms. The most vulnerable have always borne the brunt of disasters, and the greatest threat we are facing now is climate change.

That's where Climate Justice comes in, recognizing that those least responsible for climate change are suffering the most from it. And these people aren't waiting to be saved by governments with policy pledges, emission reduction commitments, or international finance schemes -- although all of these are important elements in addressing global climate change!

Communities are looking for specific protections for their homes and livelihoods. They are calling out fossil fuel companies for causing climate change, and demanding governments and courts to hold them accountable. They are asking the Commission on Human Rights of the Philippines to investigate major oil and gas companies for human rights violations from climate change. They are standing up to governments in the face of weak action on climate change, and demanding to be heard. A movement of Pacific Warriors traveled to Australia calling for deep emissions cuts, under the banner "we are not drowning, we are fighting".

It's not just the most vulnerable people and nations, though. Even in the United States, the drought in California is linked to climate change. Studies also connect Hurricane Sandy's extreme flooding with climate change -- I lived in lower Manhattan when it hit and had to decamp to my parents' house in the aftermath, as my apartment had become a 9-story walkup with no electricity for two weeks. We are all victims of climate change to some extent! 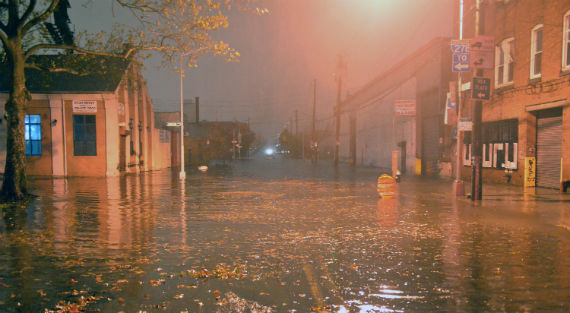 Can you imagine how massive floods could impact us all around the globe? Let's face it, no nation is immune to the multiplying effects of climate change. Rather than just waiting for these catastrophic scenarios to happen to us, we need to take action like the people of the Philippines and the Pacific.

We know where to start. Insanely profitable fossil fuel companies - the five biggest made $177,000 a minutein 2013 -- remain highly influential in politics at the national and international levels. They've tried to convince us that the science of climate change is unsettled, promoting climate change denial relentlessly. Their dirty money has enabled them to damage the planet without repercussions. Until now.

Groundbreaking investigations have revealed that Exxon's own scientists knew fossil fuels caused climate change for decades, even identifying how negative its impacts could be. This, coupled with company's well-known campaign to encourage, spread, and fund climate denial, led New York Attorney General Eric Schneiderman to open an investigation against Exxon for potential "climate change lies." At least four major petitions have sprung up too, demanding the Department of Justice to open its own investigation. Activists, journalists, lawyers, investors, and even government officials have opened the legal, financial, and political pathways to hold these corporations accountable. 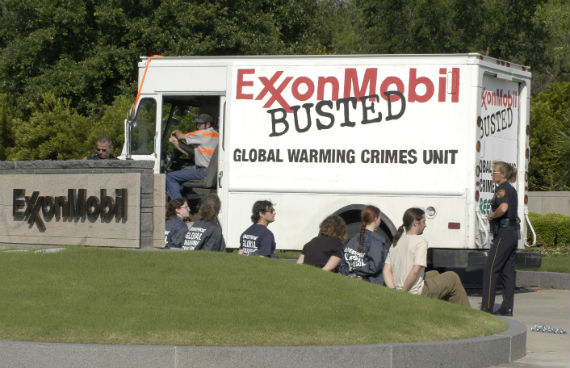 So, is the writing on the wall for Exxon? Is it the first domino that will fall in the path towards Climate Justice? That answer is closer than ever.

We are all suffering right now from the negative impacts of climate change, and we know fossil fuel corporations have caused that suffering while reaping huge profits. The Climate Justice movement has emerged in various forms across the globe to address this injustice, aiming to protect our communities and the planet. Paris represents a landmark opportunity to bring our voices to world leaders and set us all on the path to save our livelihoods and the environment, with a just transition away from fossil fuels.