LEBOS, GREECE -- What does a boat sailing in the sea mean to you? Maybe a leisure activity, or a tool for working and fishing. For some people, this is their only hope for a better future; or any future at all. We've spent some hours on the northern shores of Lesbos Island, helping the arriving refugees to get to land. We met many people of different origins, who were filled with joy to find smiling faces on the shore, embracing them with open arms -- even if they never met before, or if they were the most different people from them possible. 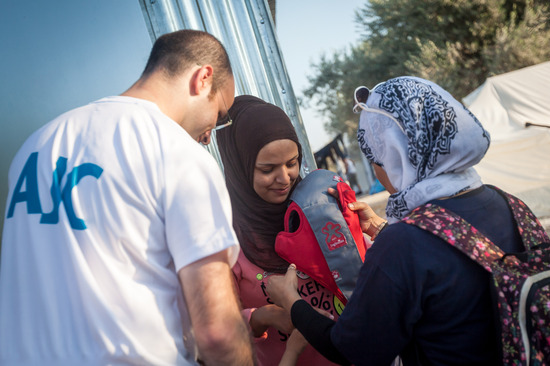 We witnessed and participated in the reception of four boats in the span of just two hours. Each rubber boat, designed to contain 15 people, had about 40-50 people on it. Syrians, Afghans, Iranians -- they all come together, as if there was never any difference between them. There's no reason to fight each other, when the struggle to survive is real.

The boats got to the rocky shore one by one, and when seen from afar, we started waving and calling them, directing them to the spot where we stood. They never reached it, so we always went to them. The refugees were astonished to see so many people waiting for them, reaching to help them. They received medical assistance from us, food and water; a Swedish volunteer gave them maps and instructions regarding the way to Mytilene and the refugee camps; we were there for them, on their first steps on European soil. 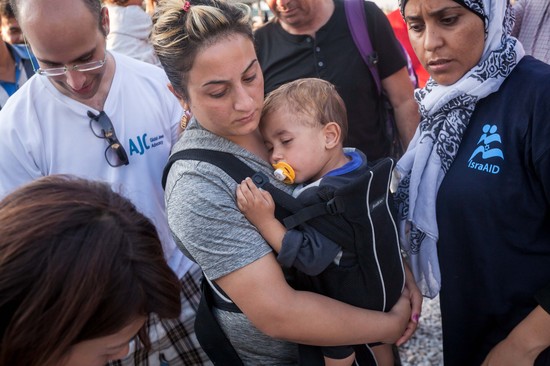 Some of the refugees were in a state of shock -- the way from Turkey through the sea might be short, but it is far from pleasant. The smugglers are usually violent, carry weapons and threaten the refugees, after having taken thousands of euros from them for the operation. They mostly don't want to talk about it, but when they do talk, they uncover terrifying stories, of the long way they made to Greece, and the atrocities they left behind.

Refugees are surprised of what they see. They are just as much surprised to find that the people waiting for them and helping them are Jewish, and not just Jewish -- but from Israel. One of them was from Iran. After receiving food from me, he asked me where I was from, and upon hearing my answer, he shook my hand in gratitude.

The surprise of us being Jewish and Israeli took by surprise not only the refugees, but also some of the volunteers. One of them asked me for help. After we finished, I asked him for his name and whereabouts - he said "my name is Keenan, I'm Syrian, but I live now in Belgium. I came here with two more Belgian friends. Who are you?" When he heard the answer, his immediate reaction was "let's not talk about this." When I asked him what about, and explained that politics are irrelevant for the holy work we're doing, he was satisfied and glad to see people looking on the humanitarian aspect, and on the personal level, and not through the political perspective. 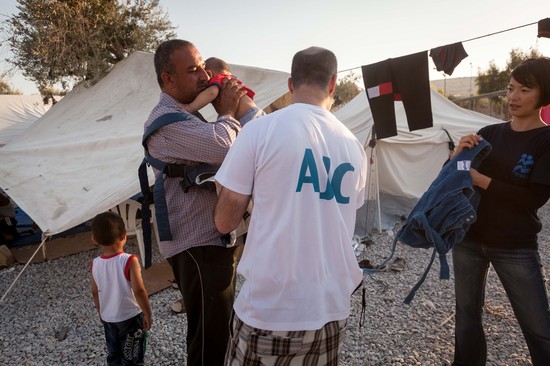 There's a phrase in Hebrew - אדם הוא אדם, באשר הוא אדם - a person is a person, be it any person; the events of the day prove that this is true. When a hand is reaching out to help, the origins, religion or nationality does not matter. The recipient is grateful for the much-needed help, and would show his gratitude. The refugees respect and value the work done here, and appreciate the help in their first steps to their new lives, in the safer grounds of Europe. They will be grateful forever, and remember that the first hand that reached out for them -- was one of the Jews, or the Israelis.