"'The Way of Chopsticks' is a way of collaborating that is based on the principle of a pair of chopsticks," explain artists Song Dong and Yin Xiuzhen of their newest exhibition. The husband-and-wife collaborative team have explored chopsticks for twelve years and four exhibitions, delving into the various philosophical and sociological ideas embodied in the everyday eating utensils. 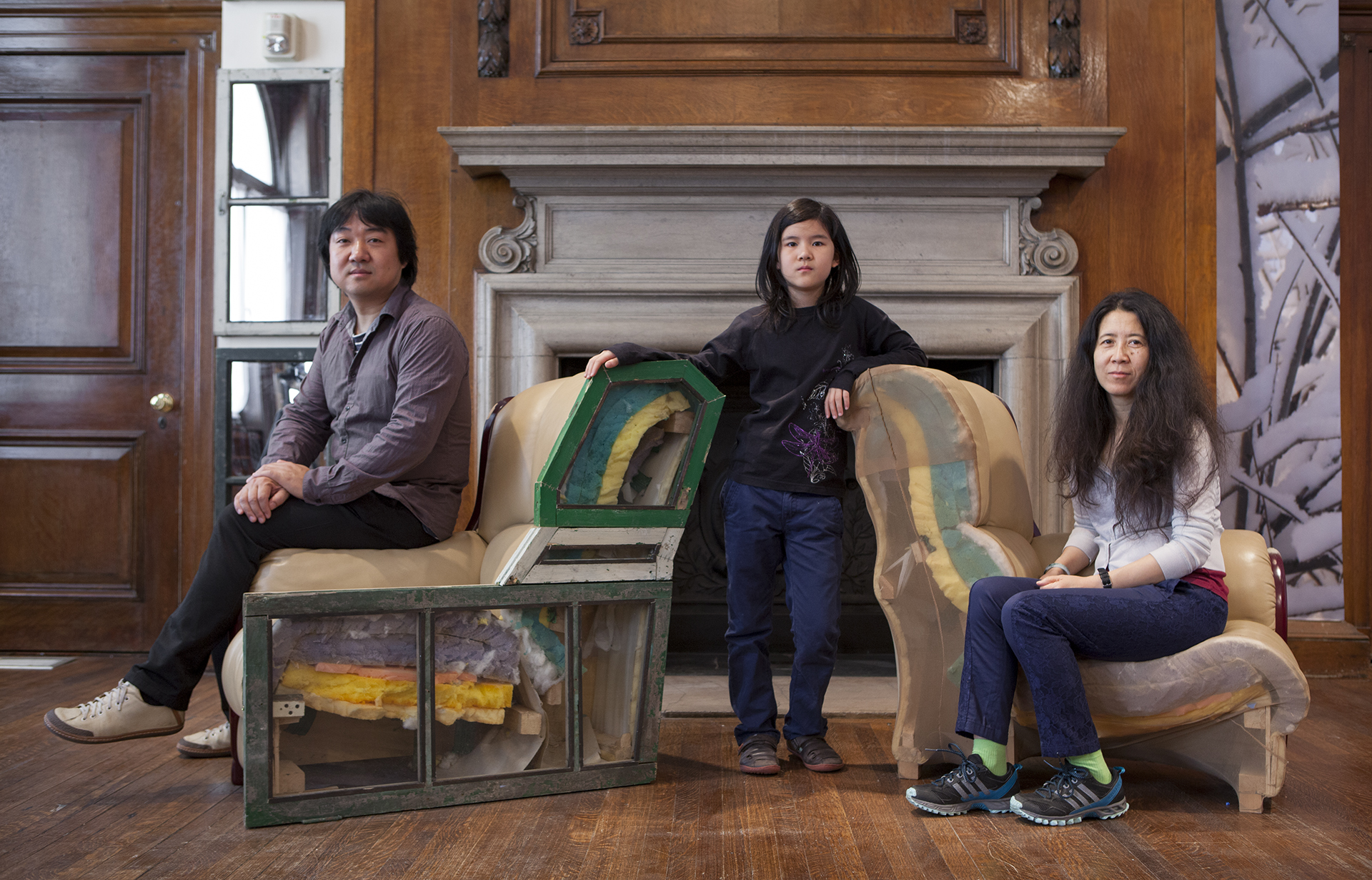 "One night, while eating dinner, we looked at our chopsticks and saw how the two became one," Song Dong told Art in America. "I could make one, Yin Xiuzhen could make one, both in secret from the other then put them together so they become one work and yet we've kept our independence." Trust, teamwork and individuality are at the core of the chopstick philosophy, yet over the years new ideas have emerged from the familiar artist motif.

The pair returns for the latest, and most ambitious, iteration of their beloved chopstick theme to date, this time incorporating their eleven-year-old daughter Song ErRui into the fold. "The chopstick series has been something her parents had done together," exhibition curator Sarah Archer explained to the Huffington Post. "The last time they had a chopstick exhibition Song ErRui was probably around eight and she said, 'I wanna do one.' They said chopsticks come in pairs, that will never work, but they decided to try. There is actually a piece in the show called 'Third Chopstick.'" 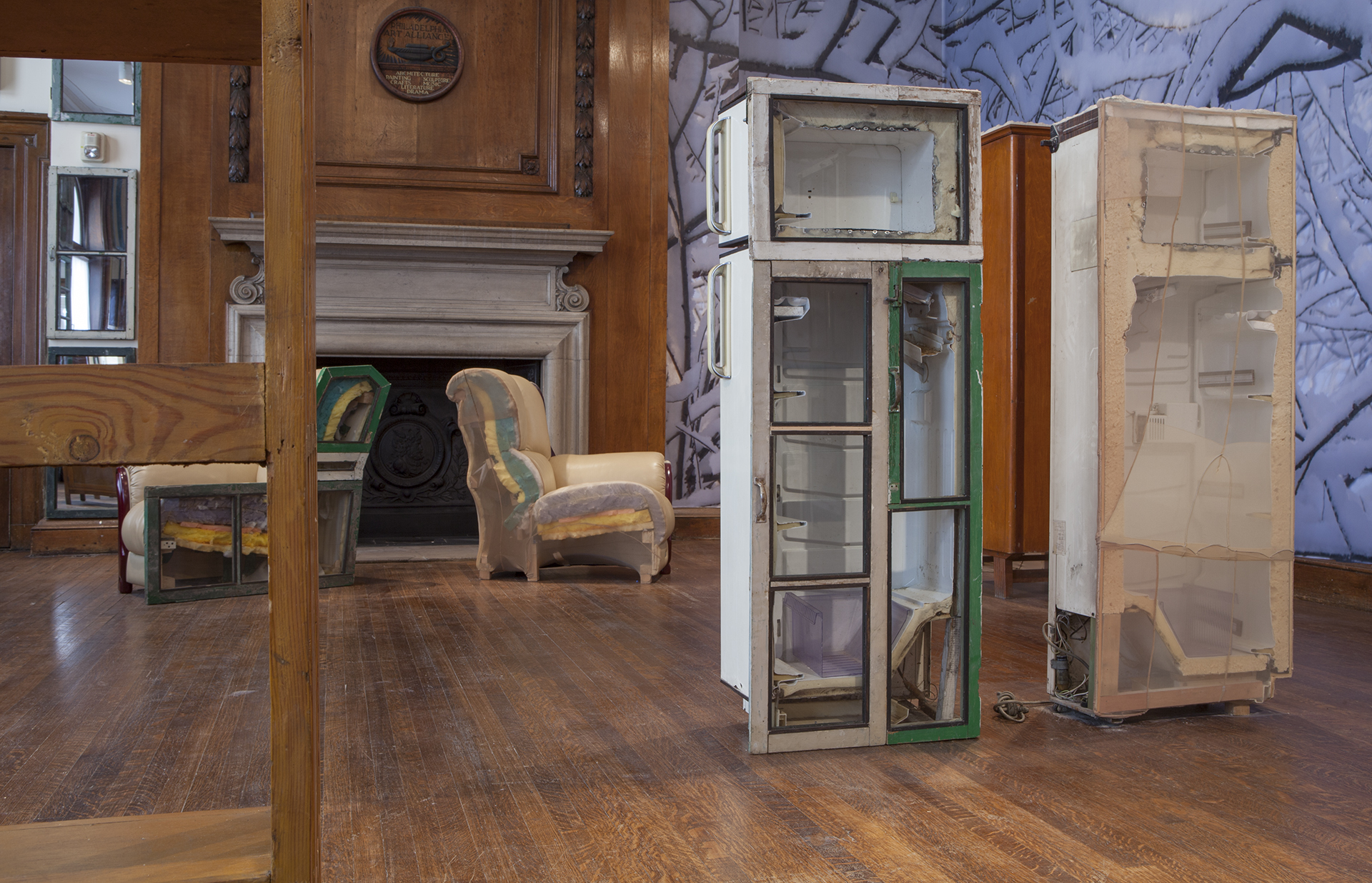 'The Way of Chopsticks' follows the changes that revolutionized the norms of Chinese family life, from the 1960s to the present day. "Early in their lives, the artists grew up largely disconnected from the West; in the China of their childhood, families were large, and individuality was suspect,” Archer explained to the gallery. "Their daughter’s 21st-century Chinese girlhood is vastly different: Song ErRui is bilingual in English and Mandarin, an avid basketball fan, and, thanks to her parents’ occupation, a sophisticated world traveler."

These changes, although occurring on a minor scale within the closed doors of a family, reflect the nation's shift on a grander scale. "In the 1960s China moved away from a collective mentality, becoming not only more cosmopolitan but also more individualistic," curator Sarah Archer explained in a phone interview. "A lot of this was fueled by the desire personal comfort." 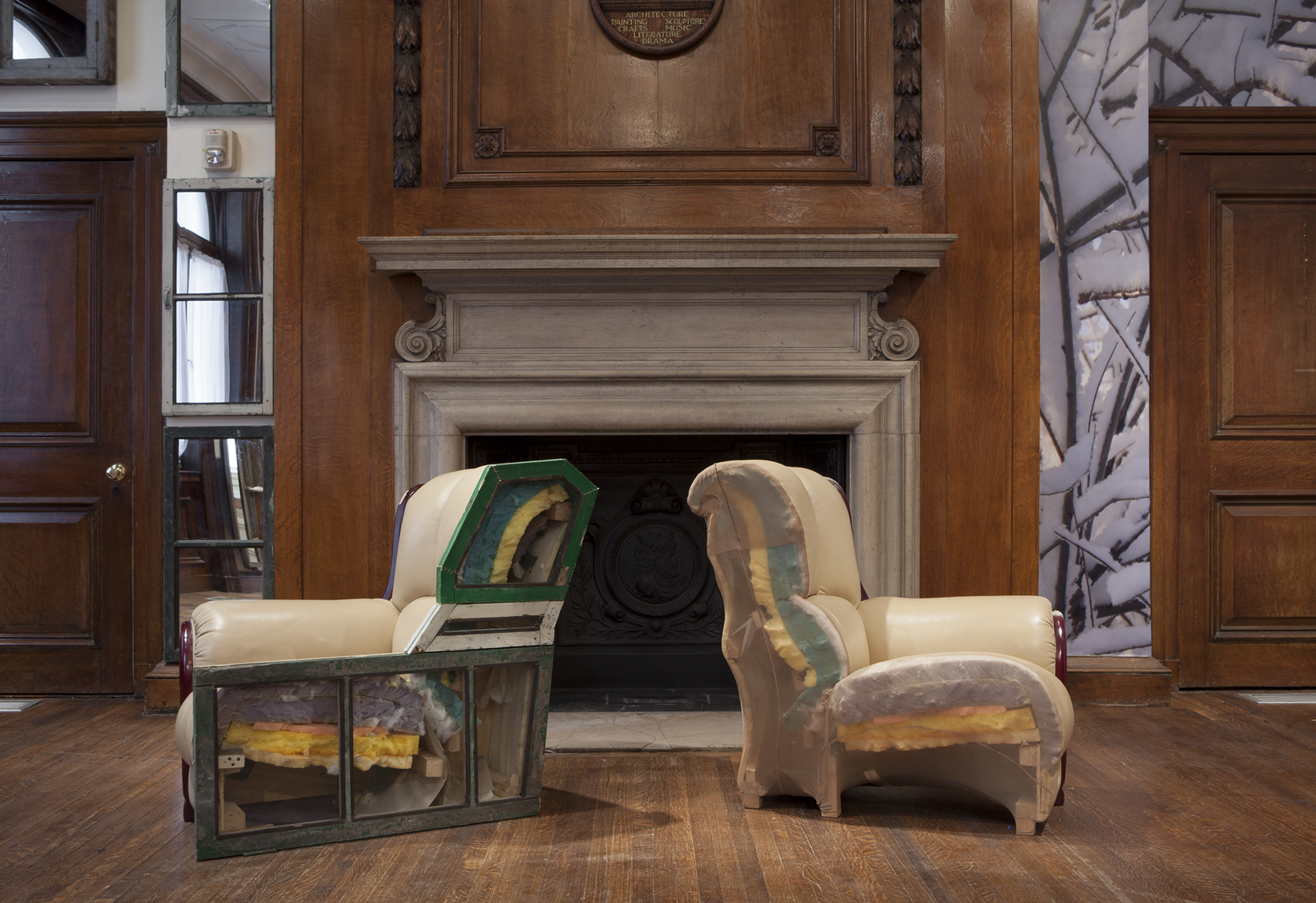 This radical alteration permeated China in the most personal and domestic of spaces -- the home -- as the desire for personal luxury took hold. Song Dong and Yin Xiuzhen explore this transformation in their work. For example, in one piece, the couple saws a refrigerator in half before adorning it with pantyhose, concrete powder and salvaged windows. The appliance, which would have been a rare luxury for the artists growing up, has become standard, epitomizing the great shift that has irreversibly altered Chinese culture.

The installation will turn Philadelphia's Wetherill mansion into a three-story multimedia exploration of Chinese family life. The domestic associations of the gallery space provided an ideal backdrop for the exhibition's dominant themes. "I was really excited about The Alliance's history as a former home and wanted to explore exhibitions that played with the fact that this was a private space and now its a public space. I knew this was not just a normal white cube space." 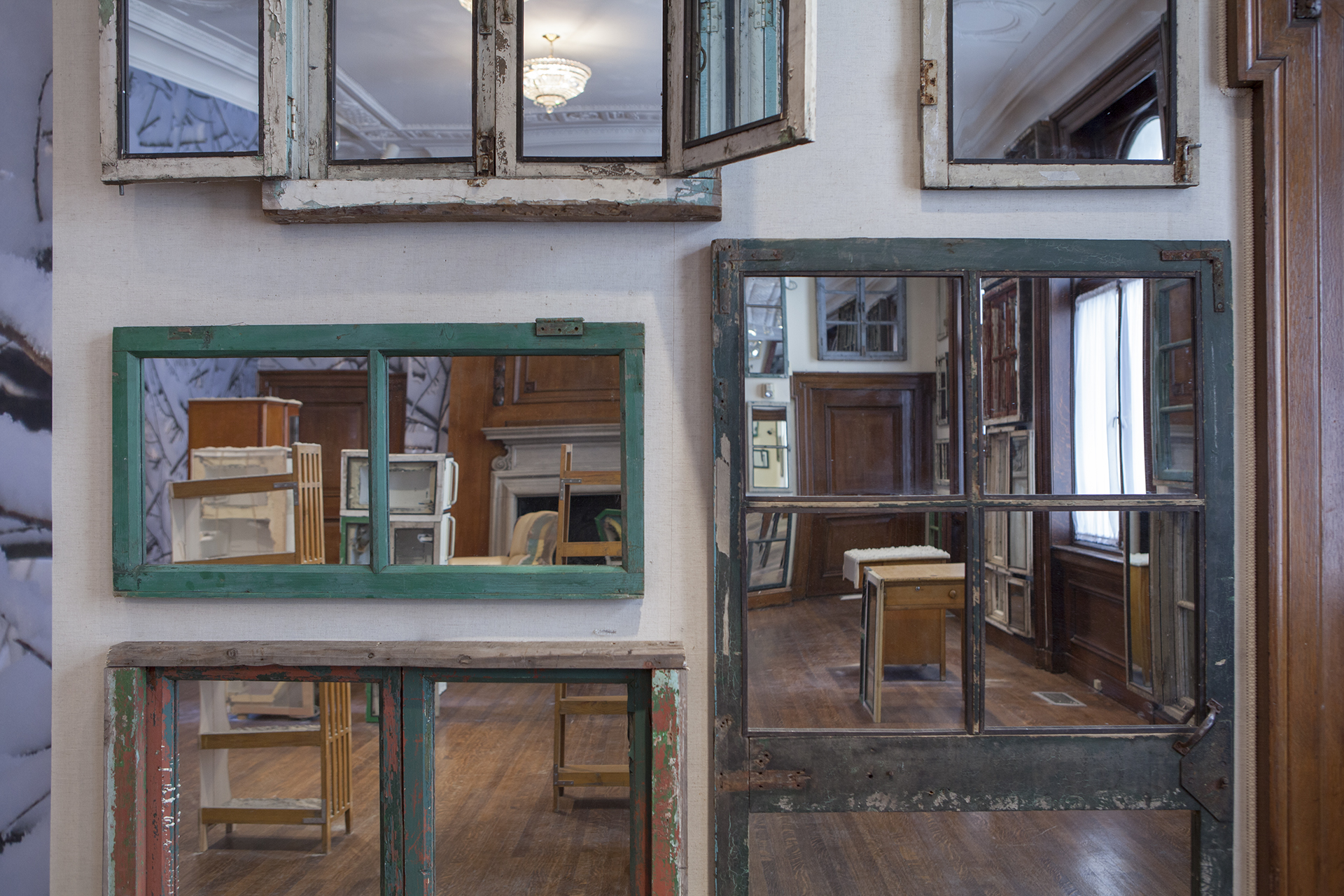 Archer has long held an interest in Chinese culture, and the changing role that luxury has played over the years. "I knew I wanted to do an exhibition about China because my background is in design and China was really the center of luxury production for a while -- things like porcelain and silk and lacquer. There was a huge appetite for these goods because China was the only place to get them. Today it is known as almost the opposite, it's known for all these shoddy goods. Now China is not a luxury producer, but maybe a luxury consumer."

"Chopsticks" also explores the family's awareness of solitude, and the difference faced by the artists, who both grew up in large families, and their daughter Song ErRui, an only child. "She is really intrigued by the idea of animals that live in packs and are social but are stereotyped as being solitary -- the lone wolf, for example," Archer explained. "Because she is an only child and her parents come from big families they are very aware of being alone. Her chopstick has two little wolf ears." 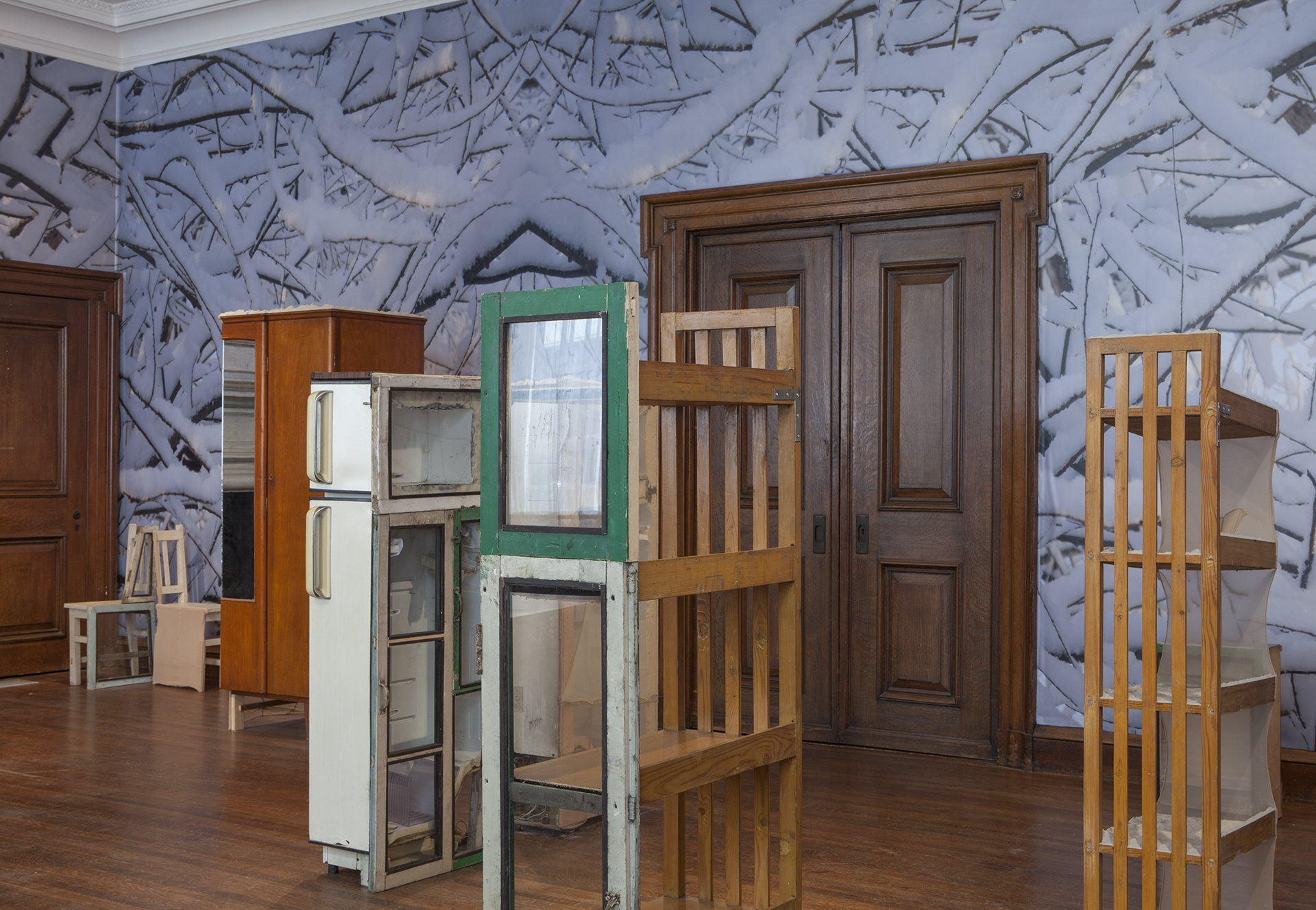 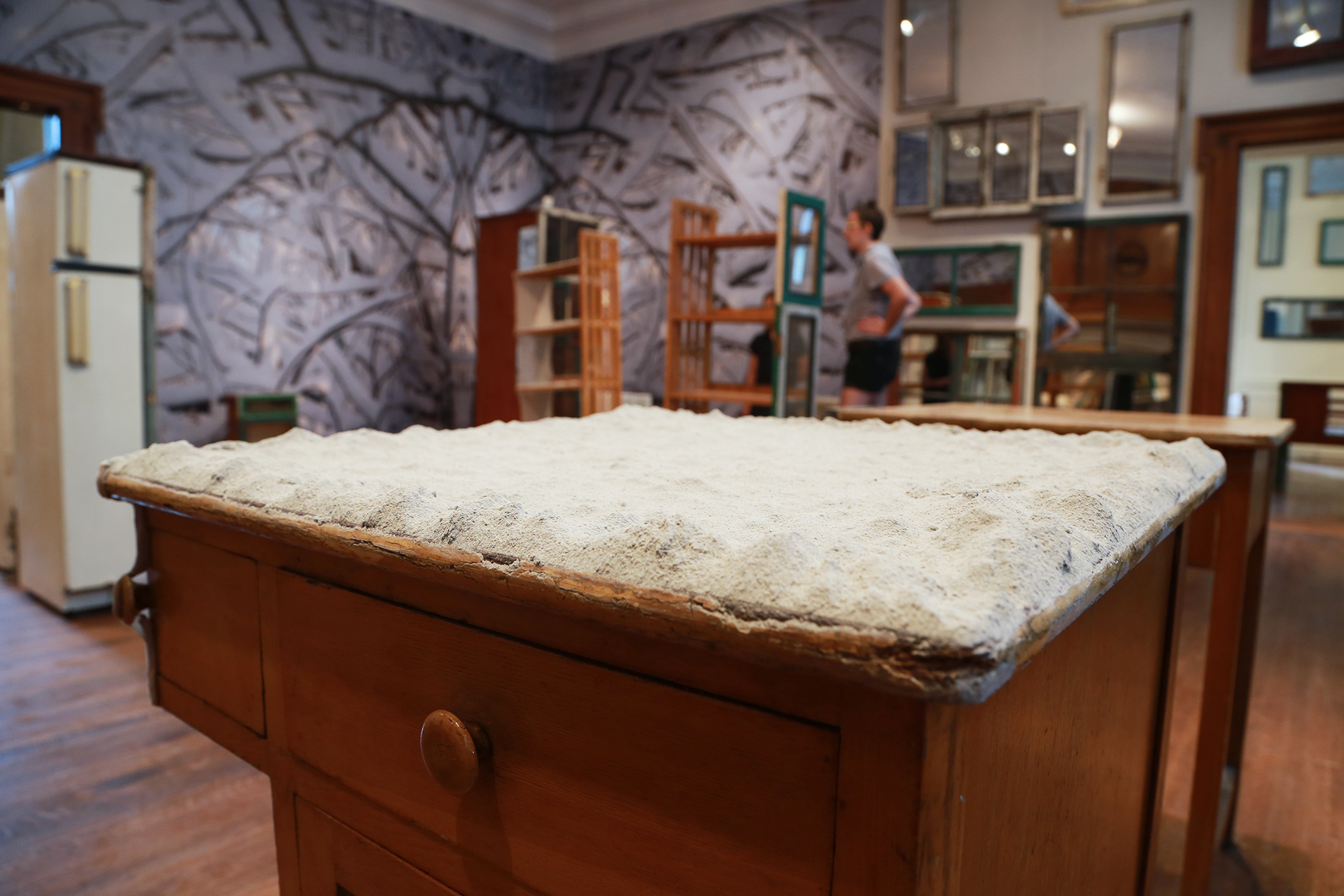 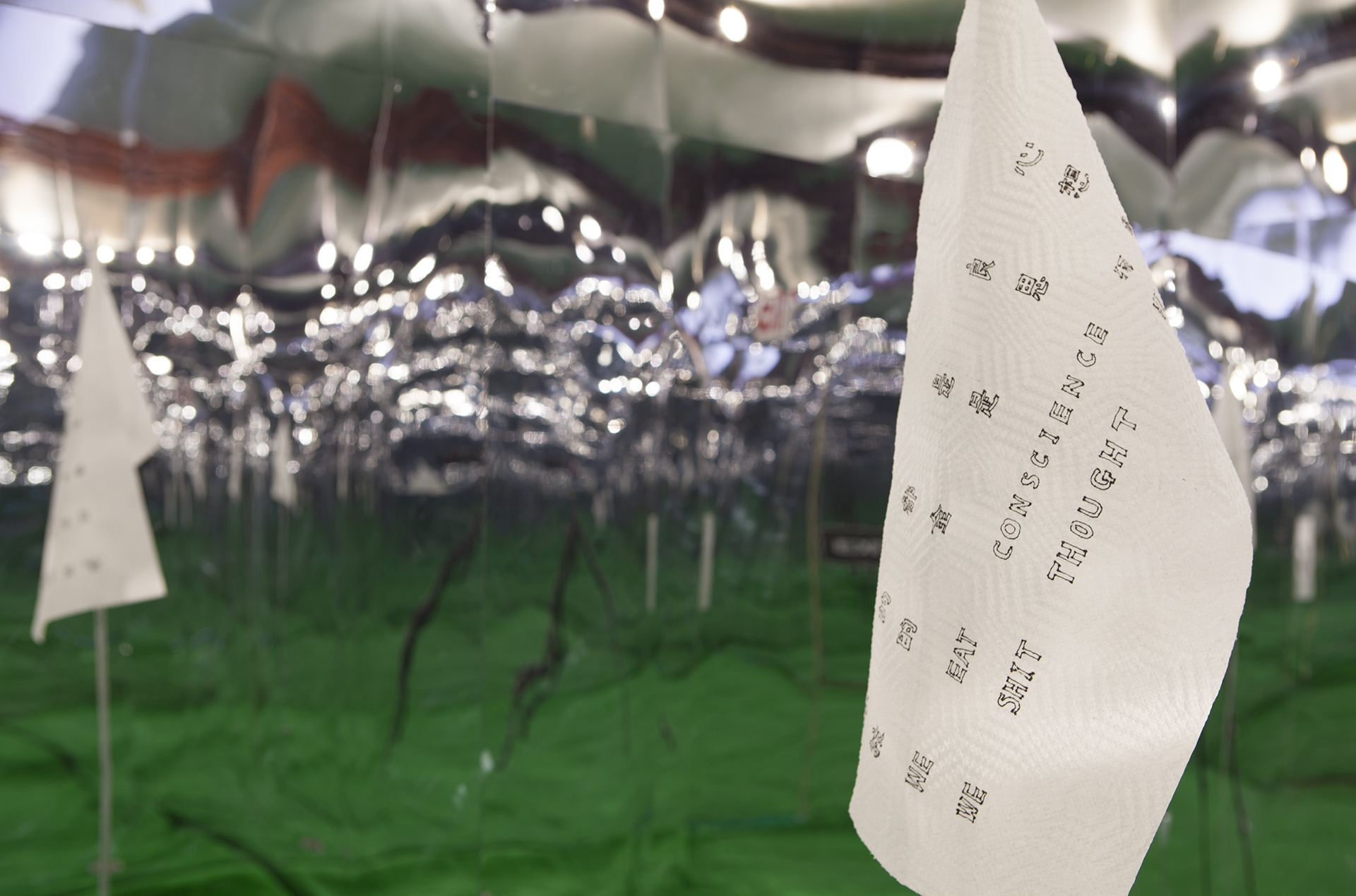 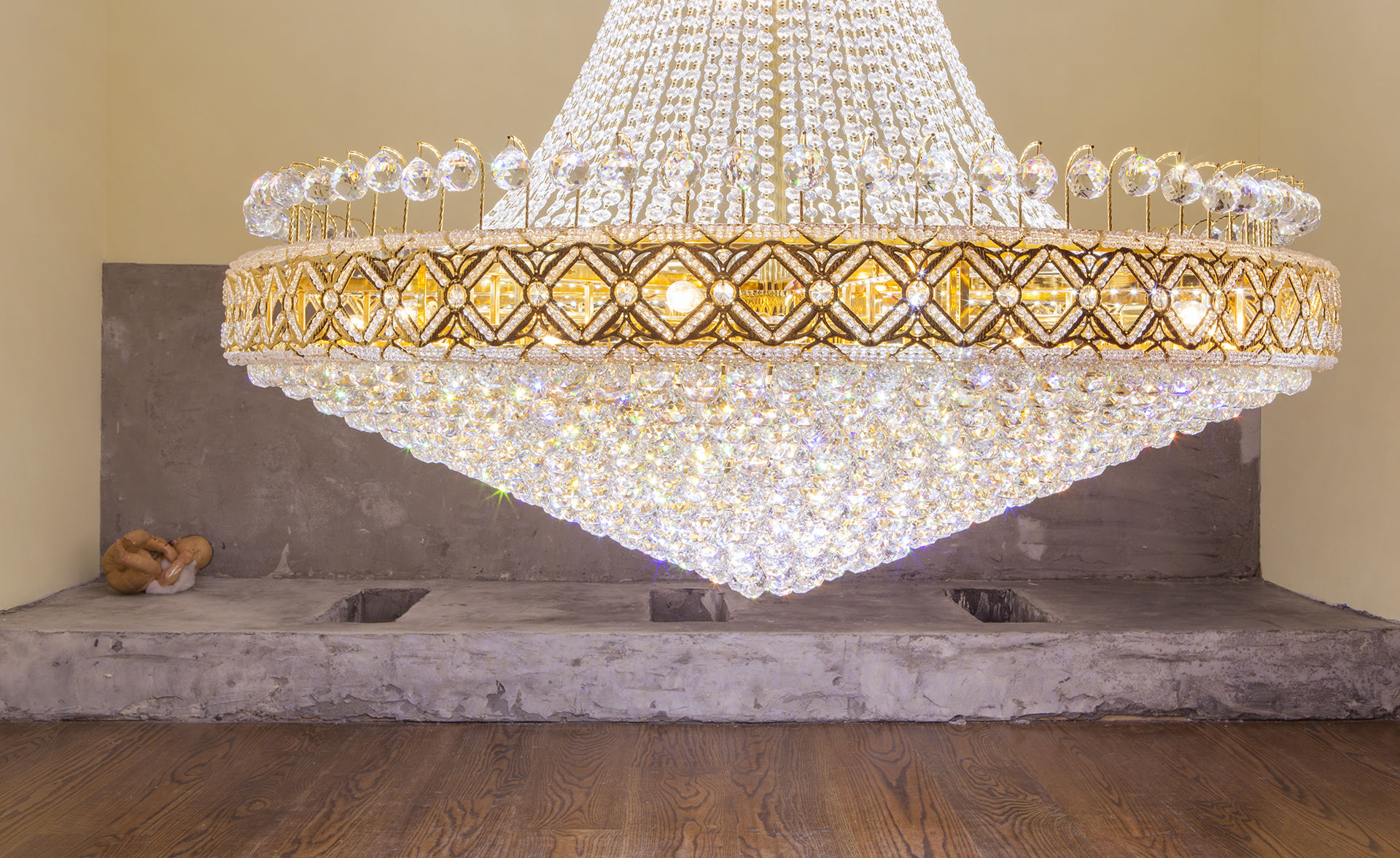 "The Way of Chopsticks" will run until December 29, 2013 at the Philadelphia Art Alliance.