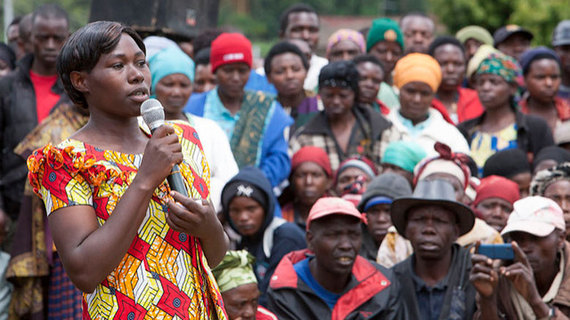 For the first time in history, the number of people living in extreme poverty has fallen below 10%. The world has never been as ambitious about development as it is today. After adopting the Sustainable Development Goals and signing the Paris climate deal at the end of 2015, the global community is now looking into the best and most effective ways of reaching these milestones. In this five-part series I will discuss what the World Bank Group is doing and what we are planning to do in key areas that are critical for ending poverty by 2030: good governance, gender equality, conflict and fragility, creating jobs, and, finally, preventing and adapting to climate change.

Twenty years ago, the World Bank took up the fight against corruption as an integral part of reducing poverty, hunger, and disease. The decision was groundbreaking then and remains valid today. Corruption diverts resources from the poor to the rich, leads to a culture of bribes, and distorts public expenditures, deterring foreign investors and hampering economic growth.

But, in some ways, corruption is only a symptom. Anti-corruption must be paired with efforts to enable governments to govern openly and fairly, to provide services and security to their citizens, and create an environment that fosters jobs and economic growth.

These are the attributes of good governance and effective institutions, and helping countries achieve them is a major focus of our work in low-income countries around the world.

Here are three ways we are going about it.

Prosperity and the quality of a country's institutions typically go hand in hand. Governments with well-run, accountable institutions are better able to deliver public goods and support an environment that can generate jobs and growth.

Public sector performance is particularly important to the world's poorest people, who rely disproportionately on government services, and improving service delivery is essential to leaving poverty behind.

World Bank specialists in nearly 100 countries provide expertise and training to governments to strengthen public administration and public financial management -- systems that are the key to ensuring fiscal resources are spent efficiently, effectively, and accountably.

In Comoros, we've helped the government strengthen economic management, so that more information on national finances is available to the public than ever before.

In Côte d'Ivoire, our support has helped the government bring in the private sector and prepare energy, transport and port infrastructure projects. Impending reforms of the financial sector promise to promote investment in agriculture, agribusiness and manufacturing.

Data is crucial, and one of our priorities is building the statistical capacity of our client countries. Last year, we helped 32 countries (including 11 fragile states) do this; 18 countries now use statistics to design and monitor policies and promote accountability and transparency. For example, Bolivia has completed agricultural and housing censuses and three rounds of household surveys to strengthen the planning and evaluation of public programs and policies. Fifty percent of low-income countries raise less than 15% of their gross domestic product in taxes. By contrast, the OECD average is about 34%.

The reason for this discrepancy? The poorest countries grapple with a wide range of problems: businesses -- both foreign and domestic -- that avoid paying taxes, large numbers of informal businesses that aren't on the books, weak revenue administrations, poor governance, lack of international tax cooperation and the public's mistrust.

This is not just a question of raising taxes, but of designing tax systems that are fair and accountable and don't hinder economic growth. We've supported tax reforms and improved tax administration for years, both within countries and in international fora such as the G20. And we just launched a Global Tax Team to expand this work.

From 2012 to 2014, Mauritania increased the amount it collects in taxes by nearly 50 percent through reforms to improve public resources management.

In Pakistan, tax collection in the Sindh province increased by 24 percent in a single year.

While development assistance will remain critical in the fight against poverty, it won't be enough to achieve the ambitious goals we have set. We must help countries mobilize domestic resources - the largest untapped resource for development - to become self-sufficient and to provide quality services to citizens.

Openness about the use of public resources builds trust between citizens and their governments. It can make public spending more targeted and effective. This is why we work with governments to make their budgets and the way resources are used more transparent. This also reduces fraud and corruption, and makes citizen voices heard.

Also in Tunisia, our research quantifying the value of illicit trade and identifying the scope and cost of state capture has helped increased transparency and improved the ability of Tunisians to hold their government accountable.

In Nigeria, the number of public contracts awarded through open competition grew by 85 percent in 2015, up from 20 percent growth in 2009.

The three-pronged approach of improving institutions, raising more domestic resources, and engaging citizens is the closest thing to a development silver bullet. Chronic mismanagement and corruption demoralizes citizens and undermines their trust in the state; corruption deepens poverty, leaving the poor vulnerable to exploitation and bribery in return for services such as health care and education; denying citizens participation in their governments stunts their full potential. For all of these reasons, the World Bank considers strong governance and effective institutions essential to putting the poorest countries on the path to self-sufficiency.