The Week is provoking controversy with the cover of its latest issue, which features an illustration of the Tsarnaev brothers.

Brothers Tamerlan and Dzhokhar Tsarnaev are the two suspects in the Boston Marathon bombings, which killed three people and injured over a hundred others in April. The Week depicted the brothers on the cover, which some have said makes them appear darker than they actually are.

Hari Stephen Kumar posted the controversial cover earlier this week on his blog Brofiling and appeared on HuffPost Live to discuss its implication. Gawker's Cord Jefferson picked up the post and took aim at the magazine, writing, "If the terrorists won't do us the courtesy of being brown, no matter—we'll just make them brown, instead."

Below, take a look at the cover and let us know if you think the criticism is deserved.

Dzhokhar Tsarnaev is currently in custody, and is in the hospital recovering from injuries. He is the surviving suspect in the bombing, after his brother Tamerlan died in a shootout with police. 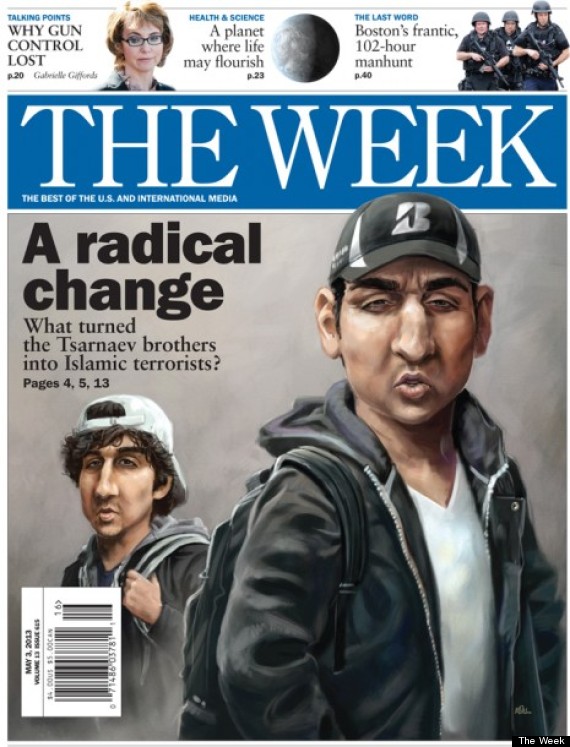