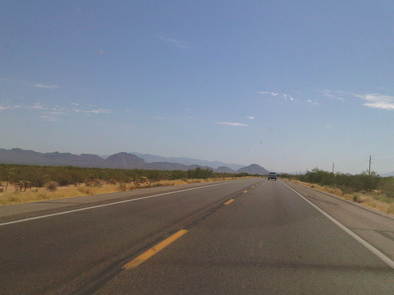 It's 110 degrees in the desert. Driving, I stare out at the desolate, barren landscape thinking this is how I feel -- after Italy's game against Uruguay yesterday, desolate. Barren. Why? Why do I feel this way. Scorched. Burned. Why do the people I love put me through this every four years. I didn't ask for this. I'm from California, a Laker fan for heaven's sake. How did I get involved in this WC debacle. (I married an Italian, that's how.) Because the WC means little, of course, in the bigger scheme of things. People are starving in the world, friends have lost their jobs, are struggling in their marriages, have suffered massive heart attacks, so Italy not making it out of their pool for the second WC in a row should not be a tragedy. IS no tragedy. Especially since they deserved it. (Forget the biting, Balotelli is poison.)

Perhaps the problem stems from the fact that my husband and I were in Germany when Italy won the World Cup in 2006. I watched confetti rain down on his shaking, awestruck head as he prayed to the Gods and those gleaming men ran around the pitch shirtless in ecstasy. Where can you possibly go from there, I should have asked then, but I did not. Did I, pray, assume, dare to hope, if not expect that every subsequent WC would be filled with such glory, or at least measure up to it? Did I lead myself down this path of self destruction?

Life is glorious. And will only remain so.

And now, in the dissolution, like after a horrid round of golf, I contemplate my existence, my accomplishments, my life as misery, worthlessness. What a waste. Don't tell me you've not done it.

We had our moment, and there will never be that moment again.

I think, now, of an article I read in the New York Times, "The Weight of the Past" by Todd May, that talked about this "peaking" phenomena.

Professional athletes are an example; Kobe Bryant, for instance, once he retires, how does he go on? Yes, there's fulfillment to be had from family and friends, his children, giving back, coaching perhaps, mentoring others... but will he ever experience that thrill, that high of five rings, again? That period when the world illuminated around him? How does he go on, day after day, after day, knowing that his pinnacle has come, and gone. And at the ripe old age of 36.

It's much more subtle than with Kobe, or Pirlo, but was that our peak? Do we average people, too, experience this phenomena but don't know it? Because from one peak comes another, higher peak? Or so we think (and have been told), until those higher peaks never materialize, and life becomes this slow, downward scudding into the great valley below. Closer and closer, more shaped it becomes, honed, defined and finite.

Death. I recently had a conversation with my stepmother who is 77. She said that older people talk about death a lot with each other, and I was like -- with bated breath -- really? It was a relief, well, sort of, because no one I know my age talks about it, not really, not in any depth or length. Why would they? But it was nice to know that I wasn't the only one worrying, and that it's a generational thing, there's only so much we can reveal to the guys in line behind us.

And plus, we don't really know what the future will hold. (More peaks? A life of buddhism?)

So meanwhile, I'll drink the Kool-Aid: the "Golden Years," it is!

Gli azzuri it is!

Next time, they will be spectacular.

Jackie Townsend's second novel, Imperfect Pairings, was released in May of 2013. Her new novel, I've Loved You So Long, will be out in the fall. Find out more about her books at http://jackietownsend.com.