If you see people running around the neighborhood screaming about "getting that fucking Meowth," chances are, they're all playing Pokémon GO. The augmented reality app game from Nintendo and Niantic released earlier this week unleashes virtual Pokémon that people on Android and iOS devices can catch and eventually train to fight at designated "Gyms" -- or local areas of significance.

It's wonderful and addictive and total strangers are meeting up and becoming friends all because of it, but it's already taken an odd turn due to the nature of a GPS-enabled game about chasing and collecting virtual creatures. By odd turn we really mean odd, with some areas like the 9/11 Memorial in lower Manhattan and the Westboro Baptist Church as areas that Pokémon GO are taking players to.

To play Pokémon GO, players look for and find Pokémon on their smartphones by exploring their neighborhoods and cities. The app designates certain areas as either PokéStops -- where players can stock on Pokéballs to catch Pokémon with, or collect other useful items -- or Gyms, where players represent their chosen teams to compete against other players. Some of these places tend to be bus stops, parks, or even churches. But unfortunately (or fortunately, for us looking yonder through the internet) some areas are places where catching Pokémon feels just a little inappropriate, or places that are just downright undesirable. Or, flat out hilarious.

In lower Manhattan, the 9/11 Memorial Pool is one particular PokéStop. It's not entirely different from Niantic's previous augmented reality game Ingress, which also had the sight of Ground Zero as an activated area.

On the r/PokemonGO subreddit, user ProtoSori noted that one Gym in Pokémon GO is the actual Westboro Baptist Church. In the comments, user lwlinalw claims to be the user who claimed WBC "before work this morning."

"Love Is Instinct," He/she wrote, referencing the yellow team's official moniker, Team Instinct. Not for nothing, but they conquered the area with a Clefairy. 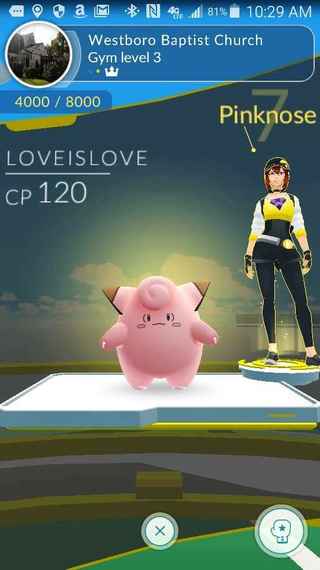 Other places are just hysterical. One player, going by the name wastedjoel on Reddit, was playing from a hospital bed -- presumably since before Pokémon GO was launched -- the ghostly apparition Ghastly appeared by his bedside. "Not a great sign," wastedjoel wrote. 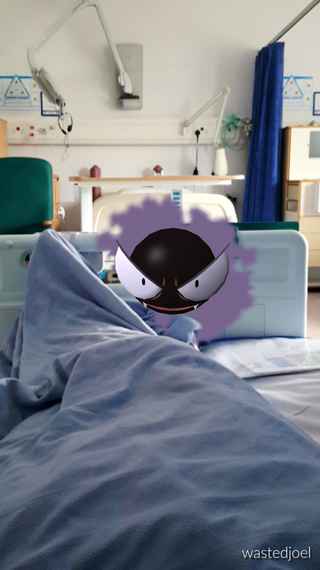 As if Pokémon can't get enough of hospitals, another Redditor named Bringther1ot infamously caught a Pidgey right when his wife went into labor, becoming one of the first viral stories just as the game launched in the U.S. on Wednesday night.

"When your wife is about to have a baby and a Pokemon shows up and you have to low-key catch it..." captioned Bringther1ot. 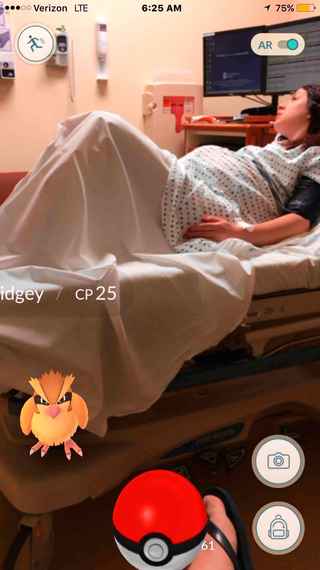 One user decided to do some catching while being pulled over by the cops. Given the current climate, maybe there are some times you don't have to catch 'em all.

When you get pulled over but you gotta catch em all #pokemongo pic.twitter.com/ZVosCaaYep

A YouTube gaming group called Bring The Flood also noted that Pokémon GO was bringing them to, let's say, a revealing place: A strip club. But as they kept driving, they saw that the Gym was a lot more macabre, as it was a small graveyard. You can see it in the video below.

Not to be outdone, the user behind a new Twitter account dedicated to Pokémon GO weirdness mentioned it also brought him to a graveyard.

#PokemonGO sent me to a damn graveyard.

It's creepy, but it could be worse. It could be the training grounds for the New York Jets.

Or a Mets game. Apologies to my editor. 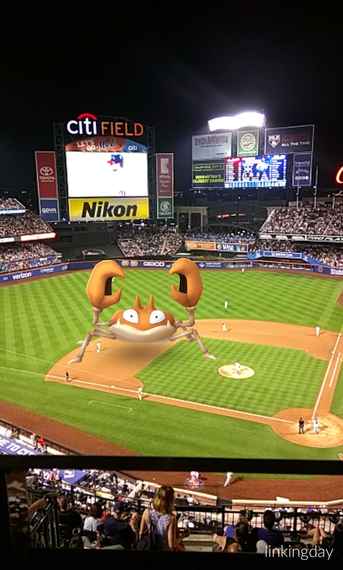 Pokémon GO is now available on Android and iOS devices.