Today was our last Sunday on sMars. In less than a week, the hatch will open and the six of us will rejoin the world. In some (obvious) ways, we never left. In many ways, we'll be aliens among our own kind. 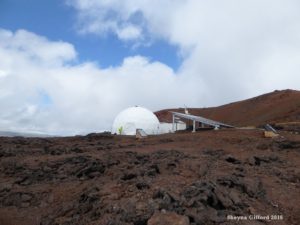 When your whole world looks like this, your values change a bit.

It's easier than you might think to step out of the world - so easy, in fact, that people do it on accident. We spend a weekend in the woods; volunteer for a summer in rural Mexico; go for a long walk across Spain, moving from east to west, from the mountains skirting France to the edge of the Atlantic ocean. After the week, month, season or year away, we re-emerge into daily life in the developed world and suffer from a sort of shock. It happens all the time. It's happened to me dozens of times. In my experience, the magnitude and duration of the shock is generally proportional to the magnitude and duration of how far I stepped away and for how long; and regardless of duration, no sensory system is spared. 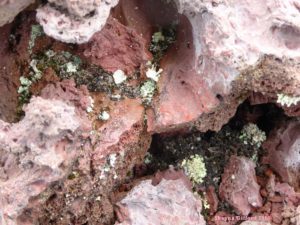 The littlest things get noticed up here.

Returning from my first trip to the mountains as a kid (age 11), I was struck by how loud Los Angeles was. It took several weeks not to feel like the city was actively trying to melt my brain. On coming back from a summer in Mexico (age 15), I remember looking around and thinking, "Where in the name of (your chosen deity) is everyone GOING in such a blinding hurry?" The pace of urban life struck me as bizarre and amusing - almost circus-like.

Speaking of blinding, having returned from West Africa (age 16), I couldn't believe how bright everything was. Nights in the Ivory Coast are thick and dark: like living inside somebody's lung. The brightest thing to pass you on the blackness is the moonlight reflecting off the whites of people's eyes - and, if they are smiling, their teeth. By contrast, the buildings in America are so aglow that, by contrast, the people walking the streets wear shadows.

Smells are muffled, too. When I returned from my last major trip abroad, the first thing I noticed is that, unlike the Himalayas, the US didn't have a single, distinct smell that accosts you as you're moving along. On the Annapurna, it was one sharp scent after another: hay and wet clay; a steaming dish of vegetables and lentils called dal bat; donkeys trailing bushy dust-cloud-tails behind them as they made their weary way back down the trail. Even the water in Nepal had a smell: it smelled like brightness, if that makes any sense - like the powerful reflection of high-altitude sunlight as it sloughed sleeping snow and ice from the gnarled faces of rugged gray slopes. By comparison, US-smells seemed muddled. Even in hospitals, the acrid scent of disease was always tinged with a motley of industrial cleaning products, personal perfumes, and several kinds of cuisine snuck onto the floors by patients' families.

Even with all that, nothing held a candle to the shock that awaited me and my crewmates after a "quick" two-week trip to an asteroid in April of 2015. While in our capsule, we saw only a field of fixed stars and our asteroid out the electronic portals. Starlight is ever so gentle at a distance. The up-close-and-personal variety proffered by our own dear Sun nearly fried me and my flight engineer when we stepped outside for the first time at the end of that short mission. It's shockingly easy to forget that we all live under the unblinking gaze of a giant nuclear fireball. That is, until you haven't seen it for a while.

So, now it's been a year. In that year, what haven't we seen? 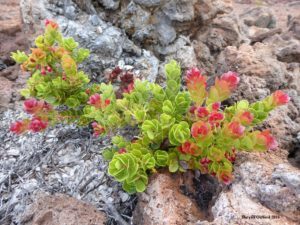 You don't see much growing around here, but when you do, it's really exciting.


People come to mind - more than a handful at a time is unheard of in these parts, as are cars, traffic lights, streets, skyscrapers, shops of any kind, and direct contact with nonhuman life forms larger than a mouse. Given all that and my past experiences slipping into and out of various cultures, what do I expect the weirdest thing to be when the hatch opens in two weeks? TV? Telephones? Politics? Smalltalk? Currency - a monetary economy in general?

All of these things will no doubt be strange. Some of them already are when you think about it. In the main, the thing I expect to take the longest amount of time to adjust to won't be people in their nearly limitless perfusion of appearance and behavior. I am from Earth, after all. Infinite diversity in infinite combinations has been the rule in my life, not the exception. I don't believe it will be sights, smells, or sounds, either - not this time. No singular aspect of daily life or sensory experience can compare to the subtle yet undeniable force of the underlying current that drives a society's entire existence; that being: what we value. 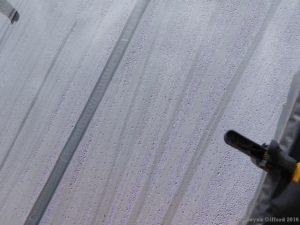 When this is how you get your water, long showers are not a thing.


What we value on "Mars" stands in stark contrast to what is valued in much of the world today. Here, appearances mean very little. Fashion is nonexistent. Property is largely communal and, even when it is private, it's understood that any object in the vicinity may be pressed into service for the good of the mission. Time functions in much the same way. Any given day consists of hours, minutes, and seconds of activities that you would like to pursue such as eating, sleeping, exercising, running your experiments, writing emails home, working on your thrilling personal memoirs, etc. At best, all these take a backseat to keeping the lights on, the water flowing, storms from blowing in the roof, the communication channels glowing, and the food growing, which is why none of us have memoirs written - yet. They're buried in the trunk beneath the tools we're using to fix the water pump and the composting toilets.

In other words, Martians value the survival of both individuals and our mission above all else. As a result, waste - be it of food, water, power or time - is frowned upon. Effectiveness, efficiency, and willingness to pitch in are the gold standard. The ability to entertain is just as awesome as it is back on Earth, but it comes in second place to industriousness and mechanical aptitude. It's not that we don't, for example, love music. We do, very much. We enjoy movies as much as ever, if not more. Laughter, as it is wherever humans roam, is virtually priceless. It's just that on "Mars" - a land sans cocktail parties, banquets, and award ceremonies - carpenters, plumbers, and paramedics thoroughly outrank singers, actors, and comedians, and always will.

Those values drive our behavior. The first thing that I do when I wake up on "Mars" is check the weather and the power levels. Those set the tone for the day - not just my day but the crew's day; determine our ability to carry out the tasks that have been assigned to us by mission control. Then I grab some water, make sure mission control hasn't sent us an urgent message, and start exercising. In stark contrast, the first thing scheduled to happen when that hatch opens on 8/28 is a 45-minute press conference. That's good. Communicating the goals of our mission and how we accomplished them is very important. Helping people understand why we do what we do is an essential part of our job - and, I would argue, of all science. However, it is undeniably a different kind of important from the kind of important that has consumed our waking - and sometimes our sleeping - hours for the last 359 days.

Across a distance the width of a threshold, the scales upon which we measure importance will vary so profoundly that it's almost as if gravitational forces between the two worlds differ. In countless domains, that which carries weight on Mars barely dips the needle on your world. That which consumes vast amounts of time and energy on Earth may not even register on our radar. In the space between the two, there is no right nor wrong, only sensibilities. In the brief span of time it will take to cross from one world to the next, sensibilities will change drastically. Our values will not. 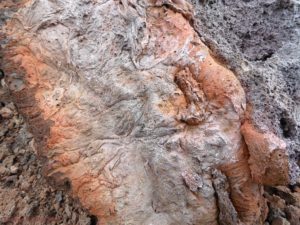 Beauty itself, on any planet, but especially in a place made mostly of rock.


I can imagine no sight, no sound, no smell, taste, or touch to equal the magnitude and duration of shock likely to be induced by the disparity in values between daily life in space and daily life in the spacefaring nations of the world. In those first moments back on Earth, the sight of my family, the piercing sweetness of a real pineapple, and the sensation of wind on my face will be golden beyond price; will defy of the very concept of value in the world standing before me; and also, in a completely different way, in the world standing just behind me.