This is about Nursultan Nazarbayev, the brutal and corrupt dictator of Kazakhstan and friend of politicians in high places, including three current and past U.S. presidents, Dick Cheney, presidential candidates from both parties, and heads of state everywhere.

While the butt of jokes in the movie Borat, Kazakhstan is more interesting and potentially important than many realize. Sparsely populated but vast in territory (ranked 9th globally), Kazakhstan is larger than all of Western Europe, endowed with enormous oil, gas and uranium resources, and has a government that aspires to be a leading global supplier of nuclear fuel and energy technologies.

Located in an unstable region, Kazakhstan shares a northern border with Russia, and an eastern border with China. To the south lie the authoritarian and corrupt states of Azerbaijan, Turkmenistan, Uzbekistan and Kyrgyzstan, and close by are Tajikistan, Iran, Afghanistan and Pakistan.

High oil prices and rich mineral resources have create a bonanza for this former member of the USSR. According to Forbes, there are seven billionaires living in Kazakhstan, all of whom have close ties to Nazarbayev, including Nazarabyev's daughter Dinara Kulibaeva (2.1 billion) and her husband Timur Kulibaev (2.1) billion. Nazarbayev himself is rumored to be one of the richest men in the world, although no one knows exactly how rich, since he is alleged to have hidden interests in a variety of businesses.

The only President since independence in 1991, Nazarbayev has a long history of rigging elections, and destroying critics and opposition parties and leaders. Many of the critics of the regime have been imprisoned, beaten, murdered, or had their daughters kidnapped or killed. Nazarbayev himself is implicated in a US Department of Justice investigation into bribes paid by James Giffen, whose trial has been put on hold by the Bush administration. For details of corruption and the brutal treatment of critics of the regime, see this timeline.

None of this has stopped a long list of leading political figures from cozying up to the Kazakhstan government, or Nazarbayev personally. 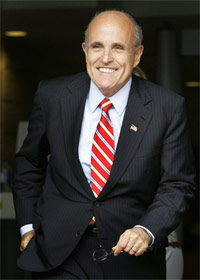 Rudy Giuliani's law firm has offices in Kazakhstan, and has defended a recent effort by the Kazakhstan government to buy 10 percent of Westinghouse, the US nuclear energy firm. (See this account of NGO objections to the sale of Westinghouse nuclear technology to Kazakhstan). A September 25, 2007 story in the New York Times reported "Mr. Giuliani's campaign is holding a fund-raiser today in Kazakhstan, despite concerns about its human rights record." 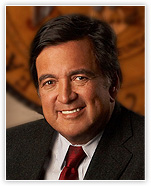 In 2001, while the Justice Department was investigating bribery charges involving Nazarbayev, former Secretary of Energy Bill Richardson wrote an op ed in the Washington Times, "Crazy for Kazakhstan."

Representative Ron Paul placed the Richardson editorial in the Congressional Record, and was one of several members of Congress to introduce resolutions benefiting the Kazakhstan regime. 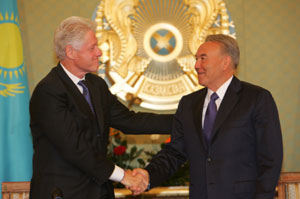 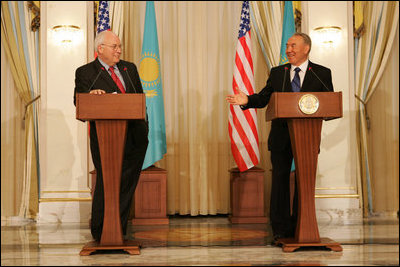 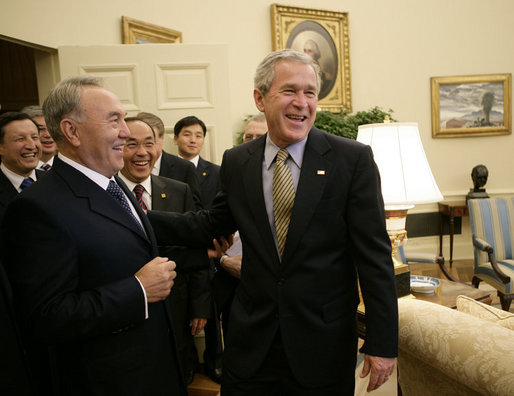 In September 2006, President George Bush shares a light moment with Nazarbayev at the White House. 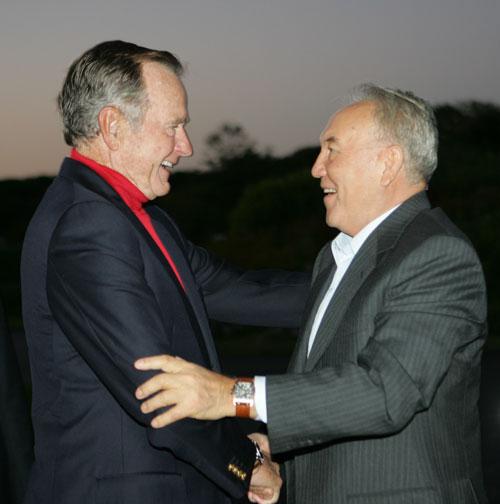 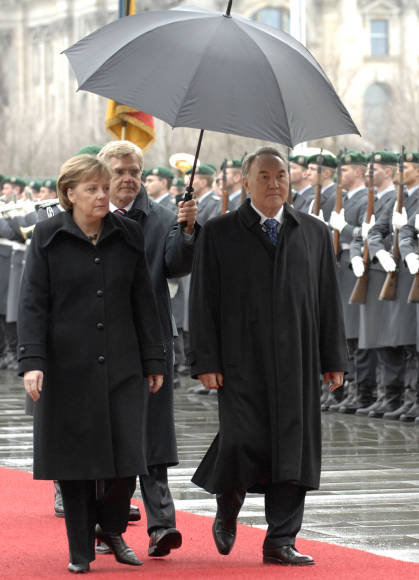 German Chancellor Angela Merckel met with Nazarbayev in Berlin in January 2007. In 2006 she endorsed Nazarbayev's bid to chair the OSCE. 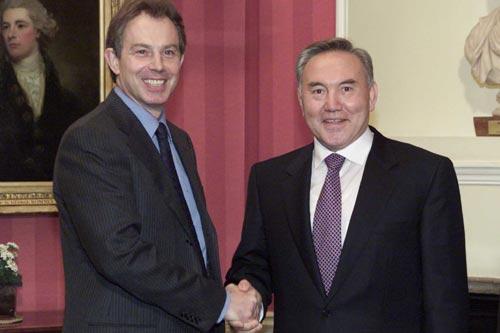 As Prime Minister, Tony Blair sought to flatter Nazarbayev in order to secure contracts for UK oil and gas firms. 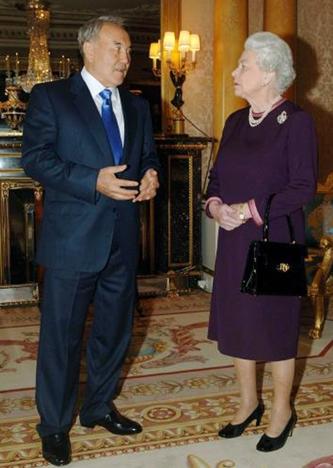 Nazarbayev's 2006 meeting with Queen Elizabeth was one of several events designed to encourage Nazarbayev to favor business deals with UK energy companies. 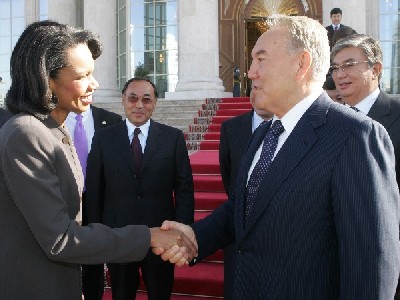