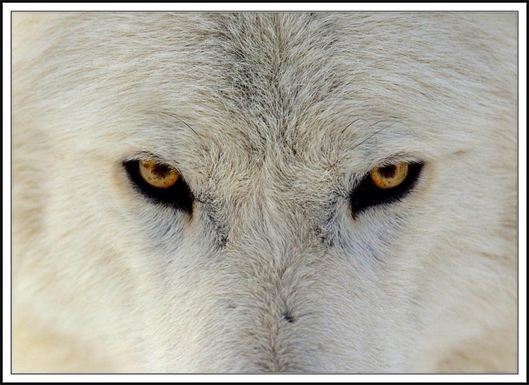 Maybe it's because the story in our Torah this week and next is full of prophetic dreams, Joseph's dreams - and I listen for the poets and the singers who may be the dreaming prophets of our times.

Maybe it's that the prophetic messages of Amos, paired with our Torah-portion this week, are so full of foreboding:

"Thus said the Eternal One: For three transgressions of Judah, and for four, I will not revoke it- Because they have spurned the teaching of the Eternal One, and have not observed God's laws. They are beguiled by the delusions after which their fathers walked -I will send down fire upon Judah, and it shall devour the fortresses of Jerusalem." (Amos 2:4-5)

Maybe it's because, rapaciously wolfish and even werewolfish as President-Elect Donald Trump appears, his ascendency comes amid a larger (yes, there is something larger) sense that our collective reckoning is coming due - that the piper stands in near view now, waiting to be paid - that the seven years (decades really) of plenty may be coming to an end - that the environmental comeuppances we have kicked down the road have piled up as a barricade we are about to hit at full speed - be the occupant of the Oval Office whosoever.

Maybe it's for these reasons, and for others, that Paul Simon's newish song "Werewolf" is running through my head - and an interview the preeminent songwriter gave NPR's "All Songs Considered," dissecting his werewolf with Bob Boilen:

[Simon:] Well, it's some bad news for sure, if it's not the Angel of Death - which I guess you could say, although I wasn't thinking that - I was thinking, we're about to get hit with all the stuff that people have been saying we're going to get hit with for a long time, and it's coming.

"Flight shall fail the swift, the strong shall find no strength, and the warrior shall not save his life. The bowman shall not hold his ground, and the fleet-footed shall not escape, nor the horseman save his life." (Amos 2:14-15)

Maybe it's all the holiday shopping, and holidaytime treats to self, amid TV screens full of Syria, Aleppo - and the indictment of intractable consumerism with which Simon starts his song:

[Simon:] "I'm pretty happy with all these 'fairly decent's, then the quick turn, 'she killed him,' and then the specific, 'sushi knife,' shows you the kind of household they had, if they had a sushi knife, you know, and 'now they're shopping for a fairly decent afterlife...' they're still shopping."

"Thus said the Eternal One: For three transgressions of Israel and for four, I will not revoke it-- Because they have sold for silver those whose cause was just, and the needy for a pair of sandals." (Amos 2:6)

Eerily, Simon wrote his song before the primary season of the long election fight had even kicked off - and prophetically:

Ignorance and arrogance
The national debate
Put the fight in Vegas
That's a billion-dollar gate
Revenue: Pay-per-view
Should be pretty healthy
The usual deductions
Then it all goes to the wealthy
Still the werewolf's coming

NB: The werewolf of Simon's song happens to be female. This really is not merely about Trump (werewolfish as... but I've said that).

"Does a lion roar in the forest When he has no prey? Does a great beast let out a cry from its den without having made a capture? Does a bird drop on the ground in a trap with no snare there? Does a trap spring up from the ground unless it has caught something?" (Amos 3:3-5)

Yeah, the werewolf's coming
I'm not complaining
Just the opposite, my friend
I know it's raining
But we're coming to the end of the rainbow

The lying and the spying are through
Oh! You don't know me?
O.K. I don't know you, too
The werewolf's coming

"Hear this word, O people of Israel, that the Eternal One has spoken concerning you, concerning the whole family that I brought up from the land of Egypt: You alone have I singled out of all the families of the earth - that is why I will call you to account for all your iniquities." (Amos 3:1-2)

"Indeed my Lord the Eternal One does nothing without having revealed his purpose to his servants the prophets." (Amos 3:7)

Maybe it's just that winter break has come at Harvard, and I want you to hear a good (foreboding) song - and a good conversation with a songwriter.

Or maybe it will turn out he, and I, are just crying wolf.