Rehearsing tragedy never fully prepares you for the moment it comes to pass. The pain is no duller. The grief is no less consuming. I learned that today. I've prepared for this moment my whole life; yet now that I'm here, I feel so unprepared, so unequipped to handle the gravity of the situation. Somehow it all feels so surreal. My mind is rejecting the reality, refusing to let go. My body is completely paralyzed by the finality of it all. "He's gone." said a broken whisper uttered by my sister. The man who helped give us life had finally lost his battle with [crack] cocaine addiction. The same addictive spirit that deprived us of a parent has robbed him of his life, 57 years young. Even after thirty years of drug abuse, a small part of me held on to the belief that he would one day claim victory and defeat his addiction. That dream died along with him today. Moreover his death, this reality has been the hardest to accept. As he goes, so goes a lifelong unfulfilled prayer. There are no more chapters to be written. No new storylines in the narrative. His autobiography has been cemented with him having never overcome his addiction.

Regardless, to know my dad is to know the man beyond the drugs. He was a fun person to be around, a light-hearted spirit breathing levity into almost any atmosphere. He was intelligent. He was articulate. He read Encyclopedias in his leisure to cure his insatiable thirst for knowledge. He enjoyed singing and dancing. Sam Cooke's "Sugar Dumpling" demanded that he breakout "The Spank" instantaneously. I'm never hard pressed to recall fond memories of my dad. Sixty percent of the time he was a good father, showing flashes of greatness in the time he invested in showing me how to do a push-up, throw a football or help develop my palate for old school music. He made being in his presence so enjoyable that his absence became increasingly more noticeable.

I realized my dad had a drug problem when I was nine years old, then finally strong enough to shake the sugarcoating off Mama's sweet-tasting words. "Your father loves you. He's just busy." never quite satisfied my curiosity. Because what I knew as a child, and now re-learning as a father, is that love is simple in a child's mind. It's tangible and easily recognizable. You don't have to sift through clouds searching for a parent's love. It showers you unconditionally like a torrential downpour. It flows beyond the shores of your heart into the deep rivers of your soul. It envelops you, providing a sense of security that only God's love overshadows.

I never questioned "if" my dad loved me, but I often wondered "how much?" My sister and I always felt like we played second fiddle to his white child (cocaine). His love for us seemed to pale in comparison to the deep affinity he carried for his white child. As I started to come of age, I began to see my pops in a different light. I would see the young dope boys in the community sell him crack. I would hear rumors in school about him getting beat up over something drug related. Over time this turned me bitter towards him. All the love and admiration I once had for him turned into disgust and resentment. The man I once viewed as "the strongest daddy in da' world" was now too weak to defend himself against the young dope boys in the community. Overnight he became less entertaining. His jokes became irritating. His singing and dancing morphed into buffoonery. He could do no right in my eyes.

All I ever wanted was a father I could trust and look up to. I would have given my right arm just to say "I'm proud of you." But the reality is that I wasn't proud. I was embarrassed. The things my dad would do for a dollar left me wondering if he had any pride or dignity. I never lived with my dad. He stayed with my grandparents who lived less than five minutes away from the housing projects I was raised in. When I came to visit, he would give me money and steal it back in the middle of the night. I started hiding the money somewhere around the bedroom, but he would find it every time. I tried to outsmart him by hiding the money in my socks and sleeping with them on. That way, he would have to touch me in order to get the money out and hopefully I would wake up. In theory, it should have worked. Come morning I would wake up with my socks on and the money would be gone. I would be angry less about the money being gone and more about what he was using it for.

One night I finally stumped him. I hid my five dollars so deep that even a police raid wouldn't produce it. My dad scoured the bedroom searching for the money. Feeling defeated he finally sat down on the bed and started to wake me.

"Son...Son!" he cried desperately. (Bouncing up and down on the bed)

"What?" I said, prying open my eyes just enough to make out his silhouette.

"I need that five dollars back I gave you."

"Son...Son! Wake up! I really need that money." (Shaking the bed repeatedly)

"I just need to borrow it. I will give you double in the morning." "Son!"

"No! How many different ways can I say it?"

"Son...please." He pleaded as he relentlessly continued to interrupt my sleep.

Frustrated and tired I finally jumped out of the bed and started putting on my clothes and shoes.

"What are you doing?" he asked.

I never spoke another word. Instead, I went to the next room and retrieved the five dollars. I balled it up and threw it at him. Then I raced down the stairs and out the front door. I ran as fast as I could, never stopping until I made it home. I knocked on the door. My mother answered to find her ten-year old son sweating profusely and crying hysterically at the door at 4am.

I briefly explained to her the story in between deep breaths.

"You will never stay the night over there again!" she said.

This story personifies the enigma that was my father. Often his attempts at providing for me caused more harm than good. Had he never given me the money there wouldn't be anything to take back. "The man" cared enough to want to share his meager earnings; "the addiction" just wouldn't let it be. His bi-polar personality left me wanting to push him off a cliff, then sprint downhill and catch him.

My frustration closely resembled hatred. But I could never hate my father. I hated the evil spirit behind his actions that left me alone at night and sent him hopelessly chasing a void that only God could fill in his life. The hardest pill to swallow as a son of an addict is to view your father as a King, but watch him live as a peasant, begging, borrowing and stealing his way through life, or play "errand boy" to the neighborhood drug dealers. He was so much greater than his earthly life reflected. He had a beautiful mind that should have taken him to great heights, but in the words of Rick James "Cocaine is a hellava drug!" It has robbed many of their greatness and made them slave to an addiction. If I take anything from my dad's untimely death it is to guard my spirit against attacks from the enemy and maximize my God-given potential daily. Another year is never promised, so I promise to make the most of every year.

Rest in peace Pops. I love you! 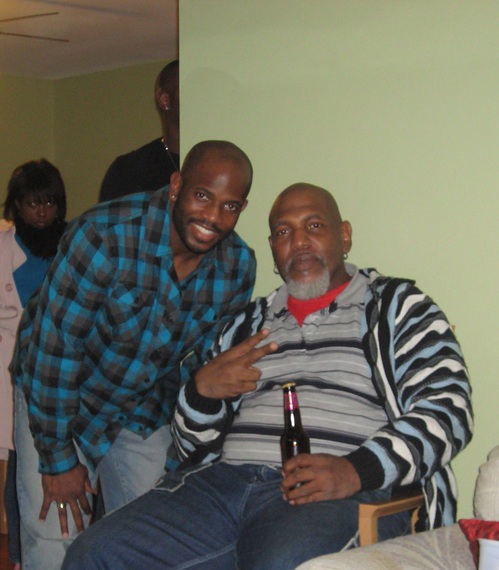 Torri Stuckey is the author of Impoverished State of Mind: Thinking Outside da Block
Find him on social media
Twitter: torristuckey
IG: tstuck29