Republicans have plenty of candidates running for President but not many issues. President Obama won't be on the ballot. The economy is improving. Social issues no longer work for Conservatives. What else is there? Answer: foreign policy.

Republican contenders are ready to stage a full-scale assault on President Obama's foreign policy record. To hell with the Nobel Peace Prize. They will argue that under President Obama, the United States has lost power and influence in the world. Moreover, the Democratic nominee is almost certain to be President Obama's first secretary of state.

Foreign policy looks irresistible for Republicans. But it's a high-risk strategy. Do Republicans really want to debate "who lost Iraq?"

President Obama does get his lowest ratings on foreign policy. The latest ISIS gains in Iraq and Syria are deeply dismaying. Republicans are trying to make the case that President George W. Bush's Iraq policy was a success and President Obama's hasty withdrawal has turned it into a defeat. Sen. John McCain claimed, "We did have it won. . . . The surge succeeded.'' Jeb Bush was more cautious: "The surge created a fragile but stable Iraq that the President could have built on.'' Scott Walker charged that "President Obama and Secretary Clinton hastily withdrew troops [and] threw away the gains of the surge.''

The Republican Party base is intensely hawkish. The many declared and likely contenders for the GOP nomination have been going through contortions trying to convince the base that they would be more forceful in Iraq but without crossing the red line of redeploying U.S. combat troops. Actually, recent polls show a majority of Americans see ISIS as a threat and favor sending U.S. ground troops to fight in Iraq and Syria. 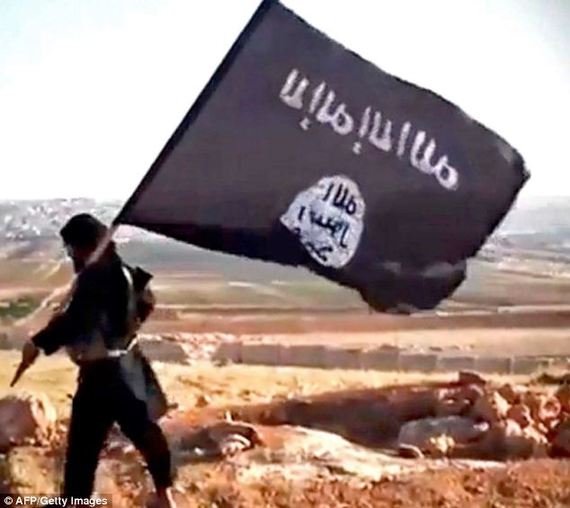 But no issue would do more to rally the Democratic base than the threat of another Iraq war. Not many voters see restoring the George W. Bush regime as an inviting prospect. Which is why Hillary Clinton has been outspoken on the issue: "There is no role whatsoever for American soldiers on the ground to go back, other than in the capacity as trainers and advisers.''

Even Jeb Bush, among other Republican contenders, has been forced to acknowledge what Americans have been saying for ten years -- that the invasion of Iraq was a mistake. It was a mistake, Republican candidates say,"knowing what we know now.'' Marco Rubio put it this way: "It was not a mistake [at the time] because the President was presented with intelligence that said Iraq had weapons of mass destruction.'' But one of the things we know now is that the intelligence did not drive the policy. The policy drove the intelligence.

The Republican candidates' defensiveness about the Iraq war is already angering some veterans. "Do-overs don't happen in real life,'' one of them told the Associated Press.

The New York Times has described the views of Republican candidates on Iraq as "both hawkish and hesitant.'' The consensus seems to be to call for more U.S. air power, more weapons, more technical support and more training. It came as a shock when the U.S.-trained Iraqi army melted away and let the far smaller ISIS militia take control of the strategically important city of Ramadi. Defense Secretary Ashton Carter explained the defeat this way: "The Iraqi forces just showed no will to fight.''

So what are Republicans proposing? Jeb Bush wants U.S. forces to "embed in the Iraqi military.'' Rand Paul says he wants boots on the ground -- so long as they are "Arab boots on the ground.'' Marco Rubio wants to send American special forces to work with the Iraqis to "demoralize'' and "embarrass'' ISIS. It's hard to imagine how one could demoralize and embarrass an army of religious fanatics.

Only John McCain seems to favor another surge of U.S. ground troops. And McCain's not running for President again. The lesson of the Bush surge is clear. "We can win these battles, but they are not going to stay won,'' Rep. Adam Schiff, the top Democrat on the House Intelligence Committee, warned.

The Iraqi government's efforts failed because of sectarianism and corruption in the Iraqi army. Aside from the U.S., the only force that may be capable of defeating ISIS is Iran. That's because of an ironic consequence of the Iraq war. We ended up empowering Iran.

Rand Paul, a lonely antiwar Republican, said, "We have to ask the question: Is Iraq more stable or less stable since [Saddam] Hussein is gone? Is there more chaos or less chaos?'' Recently, a Nevada college student confronted Jeb Bush with the charge, "Your brother created ISIS!'' That's the Democrats' powerful answer to Republicans who try to blame President Obama for the rise of ISIS.