Why does Diversity and Inclusion training include so little instruction in religious diversity? The cultural awareness and cultural competence inherent in D&I are increasingly embraced as the major tools of the global market place of the future. Yet, there is a black hole of information on diverse religions. The silence is surely not due to a lack of interest or visibility. Turn on the TV, open a newspaper, or check the internet and religion pops out as a major issue across the planet.

Look at the growing number of EEOC complaints based on religious expression. Yet, the vacuum of expertise in religious diversity exists in most relationship-oriented sectors of our society: business, education, government, and human services. As a result, too few professionals understand how to avoid clashes involving belief systems. How can their often paralyzing sense of being overwhelmed and under-prepared be managed?

The challenge of religious diversity is not new. Decades ago, a riot over the display of Christmas symbols in the public schools hit the streets of Downers Grove, a small city in DuPage County, the technical corridor of Chicago's western suburbs. Hundreds of students took to the streets joined by a thousand citizens, police, and reporters. I was finishing up an international interfaith project in my Chicago office when I saw the scene captured in technicolor above the fold on the front page of The Chicago Tribune. I lived in Downers Grove and could see my future flash before me. My next project was the creation of a trouble-shooting pilot project for a religiously diverse community in distress.

As I assembled the planning committee for the DuPage Interfaith Resource Network (DIRN) the situation worsened. Anonymous death threats were received by various civic leaders. Documenting our process became a major element of our business plan with an ongoing newsletter and an interview and link with Harvard's Pluralism Project. Ultimately, I wrote a book with suggested guidelines and Quick Reference Religious Diversity Cards outlining five information modules recommended for basic religious diversity training.

The central philosophic principle should be HARMONIZE NOT HOMOGENIZE. Religious diversity training should not aim for a Kumbaya moment in which world peace is achieved. Rather, the training should be designed to achieved two major objectives: 1.) Improve service customers and clients 2.) Improve relationships with diverse markets. There is a third objective of avoiding costly internal conflicts over religious expression. That objective is primarily addressed through the policies and their implementation according to federal EEOC guidelines. However, internal religious diversity issues can be indirectly impacted when training provides strategic information.

The DIRN case study includes Quick Reference Religious Diversity Cards which provide information without compromising belief systems. A key element of their usefulness is a structure organized by cross-cultural themes rather than an in-depth analysis of religions. The DuPage community leaders were not equipped to deal with a theological approach. Rather, easy access, condensed information, and immediate applicability. were primary concerns of various participants including law enforcement, healthcare workers, educators, and business owners.

Through research and field-testing with these participants, five themes emerged as central to religious diversity training. The result was five easily digestible charts with the following themes: 1.) Sacred Space, 2.) Sacred Time, 3.) Sacred Language, 4.) Death, and 5.) Sacred Food. Each chart is a matrix of terminology, religious practices, and taboos for more than a dozen faith traditions.

1. Sacred Space: Know the geography, terminology, and choreography of religious practices. Where are the headquarters, or central authority? What is the house of worship called and what are the practices for entering? Who is the leader and what is the term for this person? Don't underestimate the importance of this information. In its absence, law enforcement officers created distance between themselves and the community by referring to all religious leaders as priests.

2. Sacred Time: Know the religious diversity of calendars. What are the weekly times for worship? When are the annual holy days? Do the dates change yearly with the different liturgical calendar? Are there seasonal celebrations? In the absence of this information, a United Nations committee called a meeting on a member's most holy day. The meeting was canceled but the incident was spread widely online.

3. Sacred Language: Know how to refer to the sacred writings of each religion. What are they called, who wrote it and in what language? Who are the major prophets and how do they refer to God? What are the followers of each religion called? In the absence of this information, public speeches were made about diversity using biblical quotes that were not relevant to many audience members, excluding them a full understanding of the presentation.

4. Dying and Death: Know how the meaning of death and the rituals surrounding it. What happens to the soul after death? To the body? What are the funeral and mourning practices that should be honored? Healthcare workers need to know how to deal with dying patients and families, but so do employees, colleagues, vendors, and leaders across sectors. Few times in a person's life are as emotional as the death of friends and loved ones. Responses can provide an opportunity to connect, but a lack of information can lead to an unintended, and possibly long-term, disengagement.

5. Sacred Food: Know the basics of dietary laws attached to religious traditions. What is allowed to be eaten and when is it eaten? What is forbidden and should not be served? What food is used to celebrate and when is fasting practiced? In the absence of this information, a conference planner can make a meal taboo by lack of proper oversight.

Stress the practical applications of these cards. Use them to avoid scheduling mistakes. Use them to plan the food for celebrations and gifts. Use them when marketing to a cultural community that is known to embrace a specific religion. The information can mean the difference between inclusion and exclusion in the social services and healthcare environments. The Cards are the culmination of years of concentrated effort to overcome its religious diversity conflicts. The next time DuPage County was in a religion story of The Chicago Tribune, DIRN was featured as a how-to model for conflict resolution, religious diversity, and cross-cultural communication.

Where is your company, organization, and/or institution in dealing with religious diversity? If there are problems, they are more likely to intensify than go away. If there is calm, make plans now for religious diversity training, and tackle challenges, and there will be challenges, before they end up on the front page of your local newspaper. If you need help, keep in mind that the Quick Reference Religious Diversity Cards were recently updated and remain a cutting-edge resource, as is the case study of DIRN (Both are available in RELIGIOUS DIVERSITY IN OUR SCHOOLS). 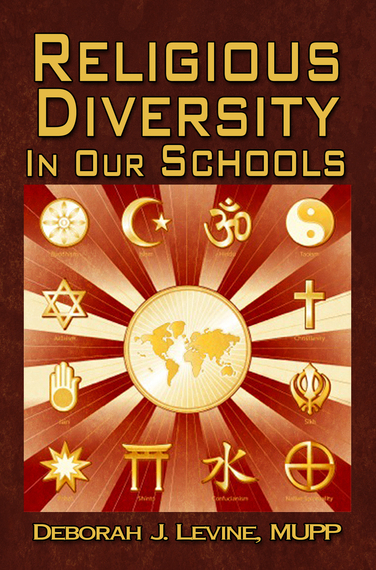