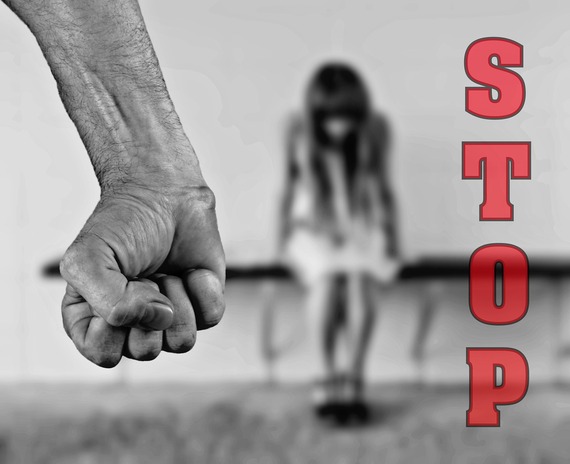 Domestic violence makes life for many women in the former Soviet Union a nightmare.

Preventing the problem from being resolved are a patriarchic attitude that looks down on women, most authorities' contention that domestic violence is a private matter between a man and woman, few shelters where women can escape battering, and lack of domestic-violence laws in most countries.

Thus domestic abuse is pervasive in countries with cultures and traditions as diverse as Russia, Armenia and Uzbekistan.

It is hard to find accurate statistics about domestic violence in the former Soviet Union, but the few that are available show a problem that is much worse than in the West.

Russia's Interior Ministry estimates that domestic violence kills 14,000 women a year. That is two-thirds of the country's homicides, and equates to a woman dying at the hands of a partner every 40 minutes.

In addition, Russia, which is a country of 140 million, has only about four dozen shelters for battered women nationwide. The same handful of shelters is true in most countries in the region.

Women's-rights organizations in the former Soviet Union have tried for more than two decades to prod lawmakers into enacting domestic-violence legislation.

Most of those efforts have failed, even when top politicians such as Russian Prime Minister Dmitry Medvedev have supported the campaigns.

The key obstacle is male-dominated parliaments whose members contend that a domestic-violence law is unnecessary because current laws already cover assault, battery and murder.

The authorities enforcing those laws make a distinction between a woman being attacked by a non-partner or a partner, however.

If the attacker is a non-partner, police and prosecutors will bring a case against him.

If the attacker is a partner, they will try to talk the couple into "working it out."

A woman can bring charges against a partner on her own without police assistance, but it's a daunting proposition.

She has to gather evidence and line up witnesses herself. She also has to bring a case before a judge by herself -- a difficult task if she's not a lawyer.

That leads to only 2 percent of Russian domestic-violence victims reporting their battering to police.

The combination of authorities' attitude that domestic abuse is a private matter, and most former Soviet countries' lack of a domestic-violence law, is that prosecutors will bring charges against a batterer only after he has killed his partner or assaulted her so severely that she's disabled. This, of course, means it's far too late for her.

Journalists in the former Soviet Union, who are afraid to criticize the authorities on many issues, have to their credit been bringing attention to the domestic-abuse problem and calling for separate legislation to address it.

In Uzbekistan, for example, news organizations covered the case of a divorced woman whose former husband stabbed her 47 times, leading to her having both a leg and arm amputated.

But even coverage of outrageous cases of domestic abuse has failed to prompt Uzbekistan, Russia, Armenia and most other former Soviet countries to adopt domestic-abuse laws.

Most of the domestic-abuse bills that have been drafted in the region have focused on prevention: stopping the batterer from continuing to abuse his partner to the point that she becomes crippled or dies.

As an example, almost no country in the region has a restraining-order law that would allow a judge to order a batterer to avoid further contact with his victim.

The absence of such a provision means that a batterer can continue assaulting his partner or ex-partner until it's too late.

Armenian women's-rights groups have had the same lack of luck persuading parliament to pass a domestic-violence law as their Russian counterparts.

They are trying again this year, energized by the latest highly publicized abuse case.

In January of 2016 a court convicted Karen Khechoyan of Lori Province of beating his wife Lusine Ghabuzyan so severely that she had to be hospitalized. Her injuries included multiple broken bones.

The majority of Armenians were incensed when the court gave Khechoyan a punishment of only a $300 fine.

Uzbekistan has a practice rooted in village tradition that adds an additional layer of difficulty to a domestic-abuse victim's search for justice.

This is the Mahalla system, under which a group of community elders tries to adjudicate a domestic-abuse situation with an eye toward preserving the marriage.

The elders, typically conservative, usually advise the victim to continue bearing the abuse for the sake of the family and -- worse -- to change whatever behavior she engages in that provokes her batterer.

In other words, the vast majority of the time, the Mahalla system sides with the abuser against the abused.

Since most Uzbek women have no resources to start a life of their own, and few battered-women shelters are available, they continue to get battered, wondering when it will get so bad that they are killed or maimed.

Because most of the former Soviet Union consists of patriarchal societies where men are considered king, it will probably take generations to eliminate the deeply ingrained attitude that men can batter women with impunity.

Domestic-abuse laws, which have helped reduce abuse in other countries, can help protect women in the former Soviet Union until there is a wholesale change in men's attitudes.

That means it's imperative for women's-rights organizations to keep pushing for them.