The closing awards ceremony of the Marrakech International Film Festival this evening was unusually emotional for me -- for after a week of running into the directors, actors, producers and the occasional jury member over champagne or in the shuttle, and at interviews, ceremonies and conferences, the festival had, by now, an air of family.

Which one of the "film" family would win?

Martin Scorsese, as president of the jury, announced each of the winners of the five categories. He opened the ceremony with an enthusiastic speech about the "bright future of cinema," as evidenced "by the fifteen films in competition," and thanked those responsible for this festival: His Royal Highness King Mohammed VI of Morocco, His Highness Prince Moulay Rachid (president of the festival), Melita Toscan du Plantier (director) and Bruno Barde, the artistic director who chose the films. Then the prizes were given. 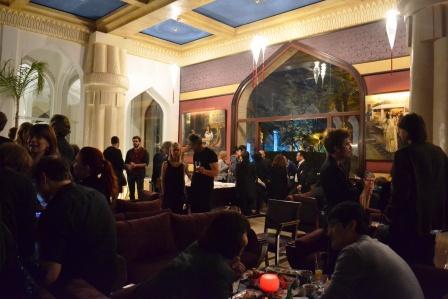 The best male actor award was shared by Algerian actor Slimane Dazi and the French boy Didier Michon, who played father and son in Hicham Ayouch's film Fevers about a Moroccan-French man forced to accept his abandoned delinquent son, who gives him hell with his adolescence belligerence. The audience gave the two a standing ovation. It was a just prize as the strength of this film lies in the emotional intensity of the acting, especially moving as the two play individuals who have been, as the director told me, "broken by life." We are riveted to the close-ups of the father's face as he struggles with hatred and responsibility for his own son, and also well understand the reasons for the boy's obnoxious behavior. The intense acting is also why many did not appreciate the ending of Ayouch's film, as it shifted the attention from this well-rendered father-son dynamic to a somewhat gratuitous act of violence involving a character extraneous to this central story, making the film ultimately uneven. 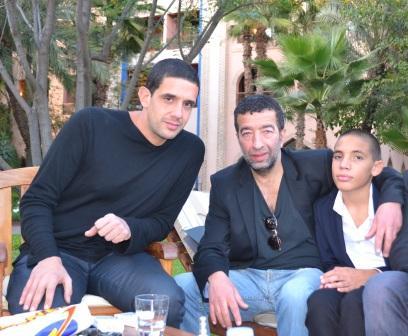 The boy, however, is fantastic -- so much so that I was surprised when I interviewed the team at the poolside of the Es Saadi Palace yesterday that I saw, instead of a horribly mean adolescent, a very sweet little boy.

"Did you like playing a mean boy?" I asked him. 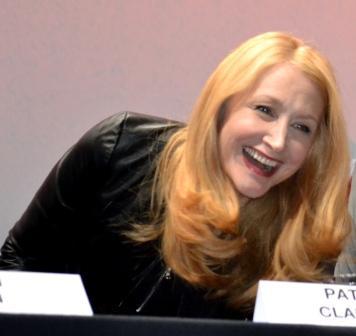 The best actress award was given to Alicia Vikander, the young winsome actress who played the difficult role of a woman who gives birth to a brain-damaged child, goes numb with depression, and then emerges a better human being -- this after a sojourn in a hotel, in the film Hotel by Swedish director Lisa Langseth. Actress Marion Cotillard, member of the jury, introduced the prize, stating that this woman's role "touched our hearts deeply." Vikander, moved to tears, thanked her director, without whom she "would not have a career." This was her second role in a film by Langseth.

Andrea Pallaora, the Italian director of the well-crafted Medeas, about a frustratingly uncommunicative family whose alienation -- as the title suggests--leads to infanticide, looked as radiant and happy as he did throughout the festival -- no more, no less -- as he accepted the Best Director Prize from Scorsese. The Los Angeles transplant -- whose favorite director, he told me one afternoon in the ancient town of La Casbah d'Ait Ben Haddou, was another master of alienation, Michelangelo Antonioni -- accepted the prize with a happy thank you to everyone on his team. 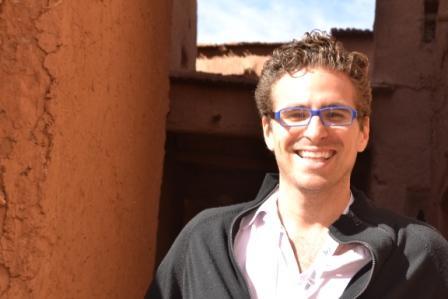 Sharing the prestigious Jury Prize was Carlos Machado Quintela's Swimming Pool , whose original film about disabled swimmers I had not seen, but have on file thanks to the director slipping me a streaming version yesterday at a party. Unusual for acceptance speeches, the modest young Cuban artist said spontaneously what came to mind, which was that it was wonderful to be at a "festival where a major prize goes to a kid," referring to the boy Didier Michon. He stumbled into an astonished gracias, then stammered a desire to share the prize with the other directors in the Competition.

It was that much of a family.

The Jury Prize co-winner: American Jeremy Saulnier, for his genre movie Blue Ruin, a violent, entertaining revenge flick which recently screened at the Deauville festival and earlier at Cannes. I intuited that this brooding shoot-up film might have pleased jury members Escalante and Scorsese for its classic set up of tortured main character and what-happens-next suspense. (A guess.)

None of these prizes came as any surprise to the journalists at the ceremony.

The only surprise, thus far, was that my favorite film--and the favorite film of many journalists at the festival -- had not yet won a prize: Pavel Pawlikowski's Ida, a poetic black-and-white film about a young woman who discovers, right before she is about to take her vows as a nun, that she has a painful family past in the Holocaust. Later a Variety journalist shared that this could be because Ida had already won the top prize at the recent London BFI festival.

And the winning "Golden Star" film of the festival: Korean Lee Su-Jin's Han Gong-Ju, a sensitive film about a mysteriously shut-down girl who for some obscure reason has left her family to live with her teacher's mother and refuses to openly make friends, or share her musical talent. The reason for this girl's odd demeanor -- we find out -- is post-stress trauma from (plot spoiler!) a horrible crime, a crime for which she, the victim, is ostracized. 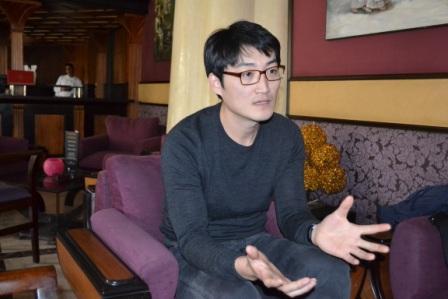 I was lucky to have interviewed the gentle director that morning, over coffee (once again in a lounge in the Es Saadi Palace). His film had touched me greatly, as it showed a sensitivity to a girl's trauma, a sensitivity unusual -- I felt -- for a male.

Lee Su-Jin quietly -- with great delicacy -- explained that he was angry about a society in which such a crime can happen. It was based on a true story, he said. He had read about this crime in a newspaper, and took a long time reflecting on it, to figure out what bothered him so much about it.

"But isn't the ending of the movie positive?" I asked the director, referring to an ambiguous closing shot in the water, where the victimized girl seems to be swimming. The director smiled: "It is a positive ending and I am thankful you see it that way. The positive ending is that the girl learns by herself to have the willpower to survive. I wanted to show that there was much suffering, but she gets stronger and over it."

The Marrakech closing ceremony concluded, in a family way, with all the directors and jury members mingling and shaking hands on stage.