As the baby of a large family, my sister, Sonia, was the apple of everyone's eyes. Affectionately called Sunny Sunshine, her ever-present smile and enormous heart made her easily a favorite sibling and best friend to each of us, and most certainly my 4-year-old nephew's dream of a mom. Witty and with a wicked sense of humor, she could waft away somber moments with gales of laughter. She entertained us with her humor as much as she educated us on the history of popular culture and music. She could explain obscure random factoids such as why, say, Nick Jonas's song "Levels" has its roots in the baroque era or what Usher's new song should be about in the view of some random historical event in modern day hip hop. It was fascinating. Then on August 5, 2015, Sonia died. God is ineffable and one cannot begin to understand why he decides the way he does but there it was -- our Sunny Sunshine was gone at 24. A sudden hypoglycemic attack had barreled through her defenses and Type 1 diabetes (T1D) had won. 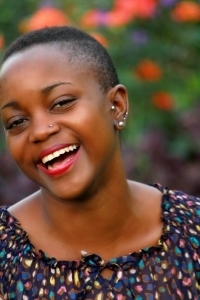 Sixteen years earlier, when my sister was diagnosed with T1D, it almost seemed like she was the only child in Uganda with the condition. Our parents looked in vain for support groups and medical personnel that understood the condition. Schools had no idea how to handle Sonia and the requisite support and awareness did not exist. We felt alone, and even more critically, my sister felt alone. Our parents diverted all their modest resources to establish a system to support Sonia -- she had a doctor, a nurse, a psychologist, a dietitian, a personal trainer and a fully equipped clinic only a few yards from our home. Overwhelmingly conscious of the huge sacrifice our parents had to make for her, a common thread of Sonia's conversations was how other not-so-lucky children in Uganda could possibly cope.

In Uganda, T1D is a financially backbreaking disease at a cost of at least $700 a year for basic tests and supplies. For a country with an average income per capita hovering around $600, and with 19.5% of the population living below the poverty line, this cost is prohibitive. The struggles of T1D in Africa are vastly different than in developed countries such as the United States. Africa's T1D mortality rate remains high for several reasons including lack of awareness, insulin insecurity, and the hefty cost of treatment. In Uganda, for instance, there are only 4 pediatric endocrinologists in a country of 38 million people, 60% of whom are under 18 years of age. Many children therefore remain undiagnosed, others die without ever seeing a medical professional, and those who do see a health professional, are often confronted with the unfortunate situation that T1D is not on the health index of the diagnosing physician. The story of 12-year-old Manuela Nyende Wakabi, for example, starts with several weeks or erroneous diagnoses from numerous hospitals to traditional healers before her T1D was diagnosed. By then, her body had gone into a state of severe stiffness that did not subside for months. Other common stories include children being shunned by schools and communities, ousted from homes, and even considered by some to be possessed by demons. While some children with T1D do make it into adulthood, many are burdened with complications because of poorly managed blood sugar levels.

Sonia journalized her dream of one day changing this state of affairs for children with T1D in Africa. As such, the day Sonia joined the angels, it became incumbent on us to carry out her wish through the Sonia Nabeta Foundation. Because the scourge of infectious diseases makes it difficult for African governments to prioritize T1D, the Sonia Nabeta Foundation will work with governments and other partners to alleviate the hefty cost of treatment and provide holistic mind, body and spirit healthcare for low-income, children under 18 with T1D in Africa, starting in Uganda.

In its inaugural year, the Sonia Nabeta Foundation will focus primarily on advocacy and awareness - diffusing appropriate messages; sensitizing homes, schools and communities; inspiring children to live with hope and to keep their dreams alive; and equally important, directing children to places where they can get help. Year one will also include a major training event for healthcare workers as well as the first of many children's education and wellness camps in Uganda. Even as we embark on this bold journey to institute the necessary policies and build the requisite awareness and support, just knowing that my little sister's short life has turned up the volume on this unsung issue and that because of her, many more children will thrive, conjures a smile. So, surreal and painful as it still is, until Sonia does her impeccable Sheldon Cooper impersonation and pipes out a bazinga from on high, we will carry on, in memoriam, through the Sonia Nabeta Foundation.