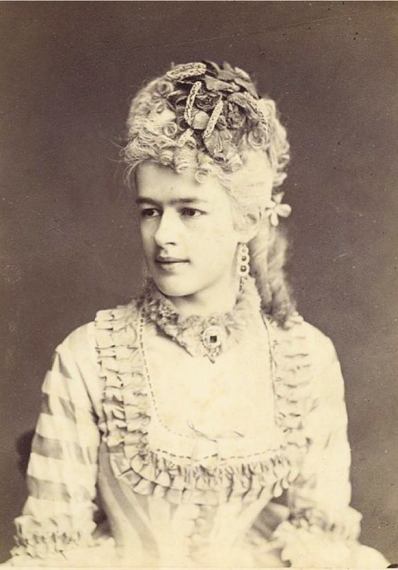 Alfred Nobel had the money. Bertha von Suttner had the vision. Their union resulted in the Nobel Peace Prize, who continues to make a powerful impact on the world.

One week in Paris was all it took. The Swedish entrepreneur and businessman Alfred Nobel got a friend for life. He surely wanted more, but at least he got a soul mate in which he could confide his darkest and most poetic thoughts.

Bertha Kinsky was 32 years old when she left Austria in 1875, to work as the Swedish industrial magnate's secretary. She stayed exactly one week. She liked her boss and she loved Paris, but she loved the young nobleman Arthur von Suttner even more, and she returned to Austria.

The couple had a marvelous life together, and Bertha became one of Europe's most prominent peace activists. She wrote articles and novels, and she gave public speeches around the world. She was especially embraced by the US public.

All the while she was writing letters to her dear friend Alfred Nobel, gradually pushing him closer to "the most important cause of all" - The Peace Cause.

Lust for war
Bertha von Suttner was a pioneer in global peace work. She believed in peace-building strategies: Disarmament, abolition of weapons and arbitration, to resolve interstate conflicts.

She was also deeply critical of the romantic concepts of soldiers and war - not to speak of strategies built on the Latin maxim "Si vis pacem, para bellum", translated as "If you want peace, prepare for war," says Anne Synnøve Simensen - the Norwegian author of the biography The Woman Behind the Nobel Peace Prize.

Bertha wrote and spoke the unspeakable truth about the battlefield: Blood, corpses and worms. Vultures eating the half-dead bodies of young boys. She spoke reality. Hopeless cries of pain. Bottomless hunger. Nobody talked about such things in the late 19th Century Europe.

"She identified at least three enemies of the peace movement: apathy, skepticism and ignorance. In her view, ignorance was the root enemy and disease, and apathy and skepticism were symptoms of this disease," says Hope Elizabeth May, professor of Philosophy at Central Michigan University and co-founder of the Bertha von Suttner Project, which helps to expose von Suttner's life and legacy to English-speaking audiences.

Inner peace
Bertha von Suttner also brought the concept of self-knowledge into the realm of war. She pointed out the human tendency to dehumanize the population of other countries - women, men and children. She introduced concepts such as compassion, sympathy and love into the public discourse.

"Seek no good outside yourself. Seek it within yourselves, or you will never find it." This is one of von Suttner's most famous quotes.

And this is exactly what has taken place during the last couple of hundred years, according to Harvard professor Steven Pinker.

The human capacity of self-reflection has increased. As a result, we live in the most peaceful period in the history of mankind, Pinker writes in his bestselling book The Better Angels of Our Nature: Why Violence Has Declined.

"The transition to humanism and human rights is a historical force in, and of, itself," Pinker recently said in an interview with the Norwegian newspaper, Morgenbladet.

Optimism from Harvard
This is exactly the kind of development Bertha von Suttner worked to promote. "We are called to heighten the development of a higher and more fortunate type of human beings", she said. "Our work is to develop and grow."

Pinker refers to the fact that we no longer seem to make heroes of conquerors. Narcissistic dictators are perceived as old-fashioned and ridiculous characters - not the least impressing, honorable and epic.

Pinker also addresses the fear of optimism that seems to reside in a lot of people. It is the pessimism we need to avoid, he claims. People get worn out, thinking their contributions do not count, and that is simply not true.

"All dimensions of human well-being have been elevated. We live longer, fewer of us live in desperate poverty, fewer infants die, there are fewer wars going on, and a growing number of children can write," says Pinker, concluding that we must study what works, and do more of that.

Malala gets it right
This is where this year's Nobel Peace Prize laureates fit perfectly into the picture. Indian Kailash Satyarthi has devoted his life to prevent economic exploitation of children. Having contributed to the development of key international conventions on children's rights, he shows us that his contributions make a difference. We can do more of that!

Pakistani Malala Yousafza fights for children's right to education. Malala is being the change she wants to see in the world, and she shows us that young people are to be relied on in peace-work. Her contributions make a difference. We can do more of that!

Peace and party
November 27th in the year of 1895, Alfred Nobel signed his third and last will. The growth of his fortune was to be "annually distributed in the form of prizes to he or she who, in the past year, has contributed to the greatest benefit of mankind."

One out of five awards was to be distributed to "the person who shall have done the most, or the best, work for fraternity between nations, for the abolition or reduction of standing armies, and for the holding and promotions of peace congresses."

Bertha von Suttner's tireless work is crowned with victory. Ten years later, in 1905, she received the Nobel Peace Prize, as the first woman.

This year she is remembered all around the world. She died 100 years ago, and has been celebrated with conferences in Paris, Vienna, The Hague, Stockholm and with a major Peace & Party Conference at The Nobel Institute here in Oslo.

The story of Alfred and Bertha is yet another wonderful reminder of the true power individuals can bring to the course of history. Alfred had the money - Bertha had the vision. Together they were dynamite!

Author of the bestselling book The Age of Generosity. Economist, journalist and public speaker.