A missing chapter in the history of U.S. military aviation 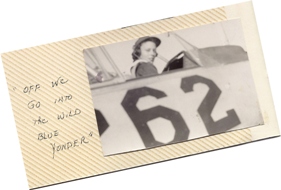 On the eve of this most recent Veterans Day, I had the privilege of accompanying World War II veteran John Tschirhart to a reception hosted by the Texas Veterans Land Board at the Capitol Visitors Center, in Austin, Texas.

Tschirhart, a B-17 bombardier with 35 bombing missions over Nazi occupied Europe under his belt, is now 91 and every time I hear or read the sad statistic that our World War II veterans are dying at a rate of more than 1,000 a day, I wince and value this friendship even more, just as I increasingly honor and treasure all our surviving World War II veterans.

At the reception, attended mostly by veterans from the Korean and Vietnam Wars, I thought I spotted one such World War II veteran across the room, in a wheel chair, wearing the blue Air Force uniform.

As I approached the veteran -- a lovely silver-haired lady -- I also noticed that she had silver wings upon her chest and gold lieutenant bars upon her shoulders. I politely asked her if she was a Korean War veteran. "No," she said, "I served during World War II."

When I asked her about her unusual silver wings with a diamond shape in the center, her eyes lit up and she proudly told me that those were "WASP" wings.

The name of this beautiful 91-year-old lady is Millie Inks Dalrymple, a native of the small town of Llano, Texas. But that is about all that is small about this great World War II veteran. 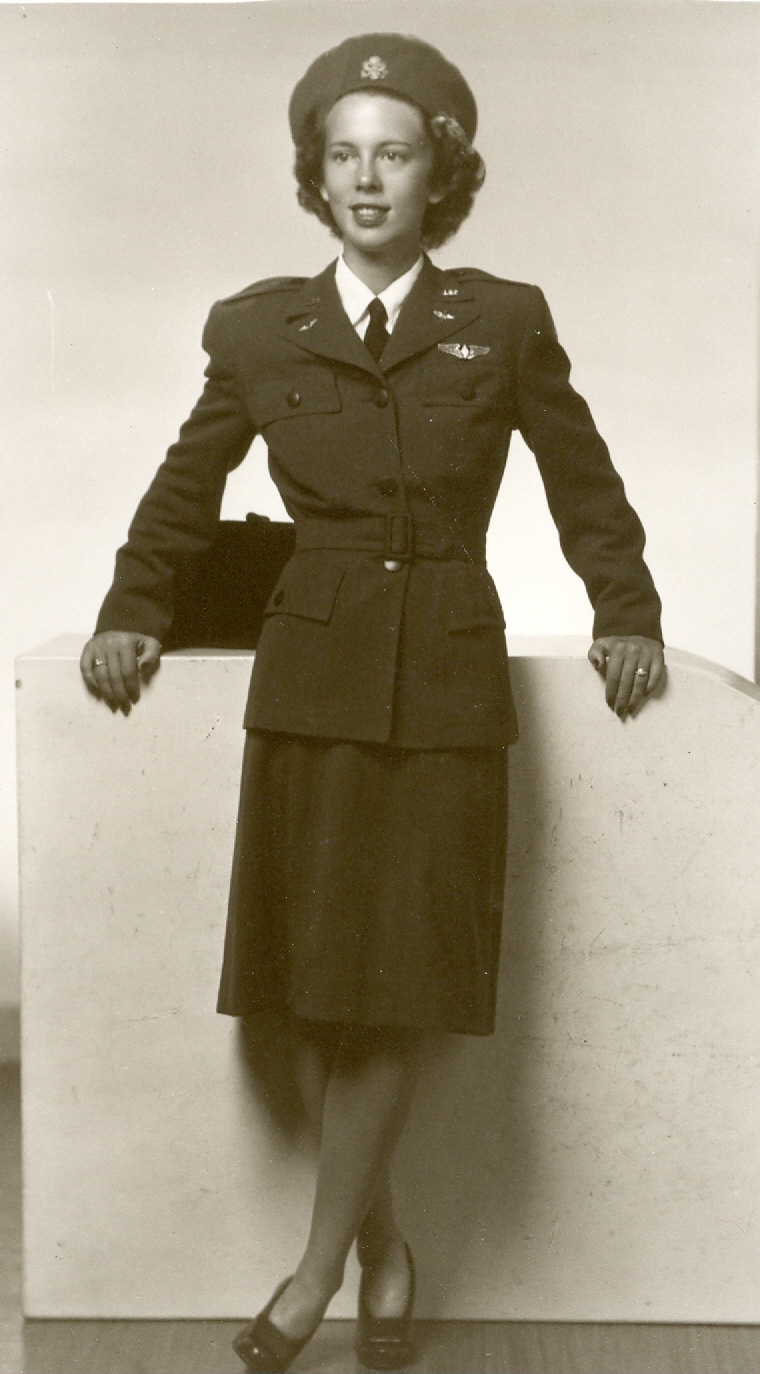 Millie, a University of Texas journalism graduate, who loved to fly, had just lost her young husband, Bill Davidson, a B-17 pilot, to German fighter aircraft while returning from a bombing raid on a German ball bearing factory. It is thus no surprise that Millie eagerly heeded the words of First Lady, Eleanor Roosevelt:

This is not a time when women should be patient. We are in a war and we need to fight it with all our ability and ever weapon possible. Women Pilots, in this particular case, are a weapon waiting to be used.

Millie took flying lessons on her own, soloed after only 11 days, successfully applied to the program and on November 5, 1943, she reported to Avenger Field near Sweetwater, Texas, for seven months of intensive flight training in Class 44-4. 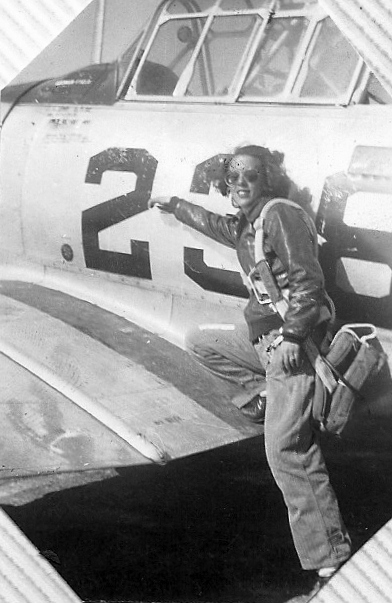 Millie climbing aboard her AT-6

After graduation, Millie was assigned to Maxwell Field, Alabama, where she was fortunate to fly under an officer who believed in the capabilities of these young women. There, she flew an amazing number and variety of military aircraft, including B-17s, C-45s, BT-13s, AT-6s and the venerable B-24 "Liberator" bomber, an aircraft Millie says, she "usually flew for four or five hours after repairs to make sure they were ready for combat service."

Nancy Parrish, a former Public Broadcasting Service producer/director, whose mother was also a WASP, said once: "These women went through the same flight training as the men...They flew dilapidated planes; they flew every kind of aircraft, and they flew every kind of mission except combat." A few exceptionally qualified women were allowed to test rocket- and jet-propelled aircraft.

When the WASP disbanded, these women had to pay their way back home. Thirty-eight of them were killed, but because they had no benefits, the women had to take up collections to get their bodies back home to their families.

The army would not even allow the U.S. flag to be put on fallen WASP' coffins.

Millie, however, says she harbors no ill will or bitterness towards the government and considers herself to be "one of the luckiest women in the United States to have had the opportunity."

Finally, in 2009, Congress was pressured into granting the WASP the Congressional Gold Medal -- legislation that President Obama signed on 1 July 2009. 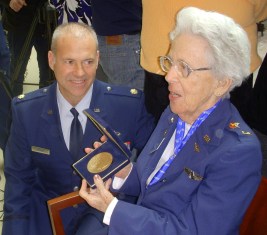 In March 2010, Millie Inks Dalrymple, along with approximately 200 surviving WASP, traveled to the U.S. Capitol to accept the Congressional Gold Medal, a well-deserved and long overdue honor for their distinguished and trailblazing service during World War II. Service that earned them these prophetic words by WASP Byrd Howell Granger in her book, Final Approach * :

If the nation ever again needs them, American women will respond. Never again will they have to prove they can do any flying job the military has. Not as an experiment. Not to fill in for men. They will fly as commissioned officers in the future Air Force of the United States with equal pay - hospitalization - insurance - veterans' benefits. The WASP have earned it for these women of the future.

December 20 is the 67th anniversary of the termination of this "experimental" program.

I mentioned that America loses approximately 1,000 World War II Veterans every day.
There are approximately two million of these brave men still alive today.
There are less than 300 WASP still with us today.
Too many of them on their "final approach"
We must cherish each one of them
God bless them all

The author is grateful to Millie Dalrymple for her notes, recollection and photos that made this article possible and to "WASP on the Web" for information on the WASP program.

More:
Warimpactwaspworld-war-ii-veteransWomen In The Military