The portraits you are about to see are of breathtakingly gorgeous women. They're models; that's their thing. But, like many of us, when they were young girls and picked up magazines, they were flooded with images of women who didn't look like them (save a Benetton ad or two). They didn't see curvy bodies, freckled faces, natural curls, or feline-like eyes reflected in those pages, but instead models who appeared to be created from one mold. And that mold was the basis for what was typically considered "beautiful."

But, as we all know, beauty is not a one-size-fits-all situation. And the fashion industry is slowly shifting away from pushing out a homogenous POV, casting a more inclusive net. We're starting to see beauty defined in broader terms -- and hopefully one day, there will be no terms at all. Here are six unique models who are helping us get there. 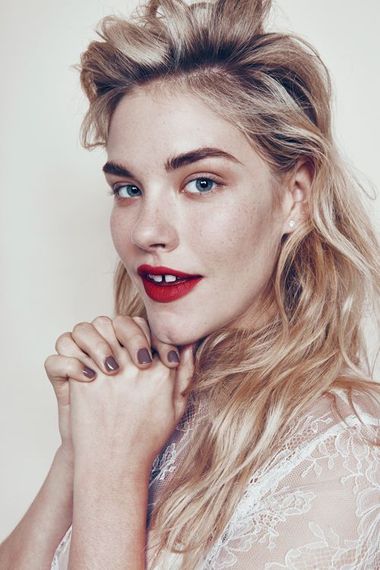 ALL PHOTOGRAPHED BY FELIX WONG.

Ashley Smith
Ashley Smith's modeling career had a sluggish start -- it almost never happened at all. The Texas native was discovered at South by Southwest when she was a punk teen sporting half-inch gauges in her ears and a lip ring. Though everybody around her had a "You're born in Texas, you stay in Texas" mentality, as soon as she turned 18, Smith packed her bags and moved to New York. She fell in love with the city, but the fashion industry didn't fall in love with her -- at least not right away.

"I'm a free spirit, so I didn't have the fear of failure. It was more about, 'I don't know what I'm doing, but I'm just gonna go out there and do it,'" she says. "And people were hesitant -- you know I don't have a very typical body -- especially coming from East Texas, where you eat Taco Bell three times a day. People were like... 'Oh, you're short. You have boobs. I don't know how this is gonna work.' And I was like, 'Well, I don't know either.'"

As a punk kid with a self-described "fuck you" attitude (and rainbow hair), Smith had always embraced standing out in a crowd. But when she started in the modeling world, that mindset didn't exactly work in her favor. 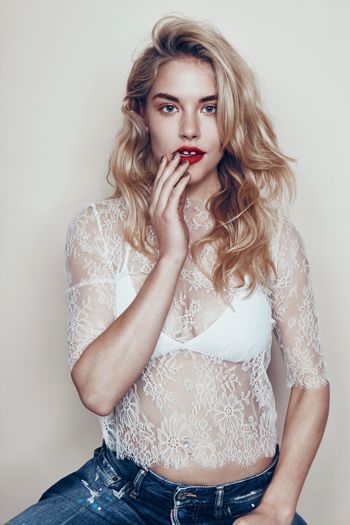 Though casting agents loved the gap between her front teeth, her body was not what they were looking for. "They said, 'You'll never do the shows, you'll never be editorial,'" says Smith. "They were putting me in a box in the beginning. I just wanted to make some money, so after a year, I decided to quit."

But her agent convinced her to go to Paris before throwing in the towel; Smith obliged and her luck quickly changed. She booked shows -- big ones -- the kinds of jobs she was told she would never get. She walked in Chanel at the Grand Palais, Balenciaga, and Prada. Earlier this year, she was featured in Sports Illustrated. And she has never looked back.

Smith, now 24, credits this shift in the fashion industry in large part to social media. "It [gives things] such a wider scope," she says. "Now, it's more about personality and [being] more open-minded." Smith's positive, live-in-the-moment spirit is also what makes her beautiful. "I take a lot of pride in being myself and finding what is beautiful for me rather than going, 'Oh, that's beautiful. Let me attach myself to that.' [I find] what is beautiful for me inside and put that out into the world."

Ines Rau
French model Ines Rau describes her look as "strong and edgy, but also very sexy. I am a wild cat." It's true: On set, the petite, 25-year-old brunette was lithe yet determined, and every movement she made had a tangible sensuality. She was also hilarious -- and just as much as her deep brown eyes and angular bone structure lit up the camera, her cheeky comments lit up the room. 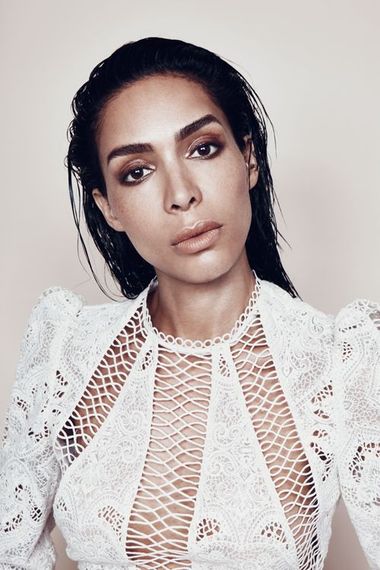 Rau, who was born a male and started transitioning to become a woman at the age of 16, began her modeling career just two years ago with a spread in American Playboy and has since been featured with Tyson Beckford in OOB magazine and shot by Bruce Weber for Barneys New York. Though she joins Andreja Pejić and Hari Nef as one of only a handful of transgender models in the spotlight, Rau says she feels like too much of a neophyte to be considered a significant part of any shift in the fashion world -- though she does see and appreciate the changes. "I think the industry is more open-minded and realistic of today's society," Rau says. "It finds me interesting enough to work with. They see beyond just the plastic to the personality."

She says: "I wanted to be a model, but never thought I could. Becoming a good-looking woman was already a blessing to me, then a fashion model. It's a real Cinderella story I'm starring in...I still can't believe it." 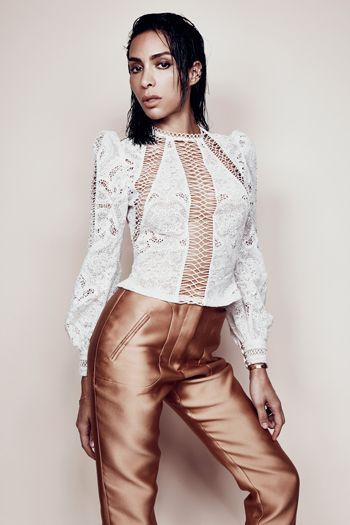 When asked if she feels like she has a different role to play as a model because she is transgender, Rau definitively says no. "I'm too rock 'n' roll to be a role model," she says. "I am just being me and doing my job. I feel more like a woman, to be honest -- I often forget being transgender. I know it sounds funny, but I've been fully a woman since I was so young, I moved on a long time ago. Sometimes, I am like, 'Oh my god, you are transgender, how crazy.' My mind is deleting the transition episodes and the pain, and just keeping what comes after. It's really complicated to explain, but I just feel like I was born the way I am today, and it's amazing."

As for the future of the fashion industry, Rau thinks we will see more diversity and images of real people. "Every model should represent a part of any kind of woman, because every woman is beautiful to me." 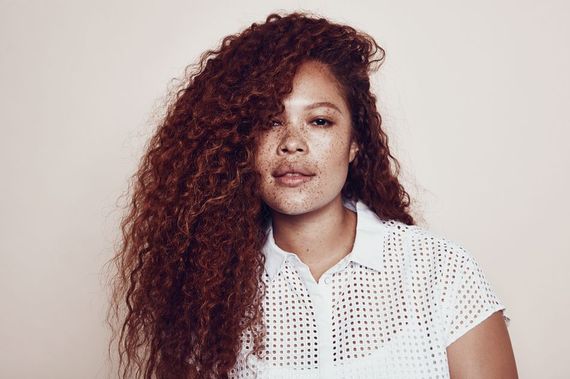 Sabina Karlsson
When 26-year-old Sabina Karlsson walks into a room, the effect is dizzying. She already towers at 5'11'', but her broad frame and fiery mane of natural red curls make her beauty feel even more expansive. Like a Chuck Close painting, she captivates from afar, but the closer you get the more enraptured you become. Her face is peppered with auburn freckles that gather intensely around her lips and the bridge of her nose. And there's a gap between her front teeth. Though that feature is reminiscent of Lauren Hutton, Karlsson truly looks like no other model. 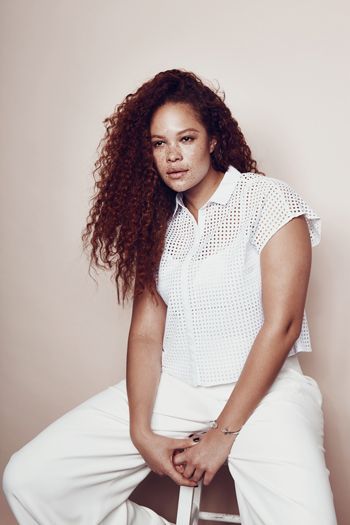 Karlsson has always possessed the power to captivate a room. She was discovered at the age of four in Sweden, where her Swedish father and Gambian mother still live. By the time Karlsson was 15, she was booking fashion shows across Europe. But as she grew older and her body began to develop beyond the gawky teenage and model-requisite dimensions, she found herself exhausted and unhappy. In order to maintain a "straight-size" model weight (typically sizes 0 to 2), she was working out sometimes as many times as three times a day, and adopted beyond poor eating habits. Her body just wasn't meant to look that way, so she stopped forcing it.

"In 2010, I just hit this point where I was so tired," she says. "I couldn't go out with my friends, because I had to bring my own food. I was constantly thinking about what I could eat and what I couldn't eat. I just couldn't enjoy my life -- and I wanted to."

Karlsson turned her focus toward improving her health and embracing her natural shape, and continued to work as a plus-size model. Though she and some of her colleagues would like to see an end to the modeling industry's mandated plus-size and straight-size labels ("We're all just models, we shouldn't be defined by our size," she says), she is thankful for where she is in the industry.

Read The Full Story On Refinery29