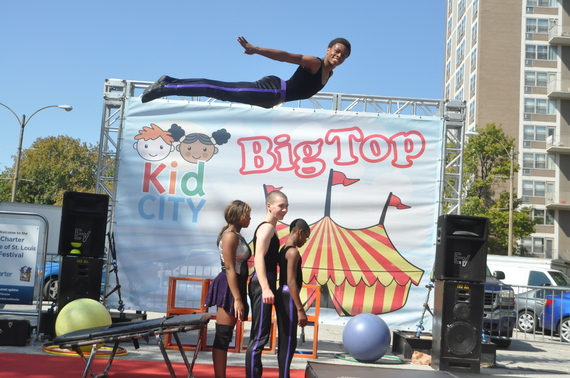 "The Boys Choir of Harlem Saves Lives," is the phrase that welcomed members, including myself, to rehearsal each and every day. The expression was scrolled across a custom made flag positioned for all to see in the large rehearsal room where the Concert Choir (the performing division of the chorus) would meet to rehearse everything from J.S. Bach to Billy Strayhorn to Earth, Wind, and Fire.

This was in the New York of the late 1980s and early '90s, nothing like the nation's safest big city as we know it to be now. The boom of Disney theatrical mainstays had yet to find their way to Broadway. The Harlem of Starbucks, condominiums, and Magic Johnson Theaters was not even conceivable. Our celebrated "Song of Hope" was composed amid the backdrop of the Crack era and the HIV/AIDS epidemic and would go on to reverberate around the globe,. My heroes growing up were not the celebrities and athletes of the day, but some of my fellow choristers for whom making it to a rehearsal was in and of itself a kind of miracle. "The Boys Choir of Harlem Saves Lives," was an undeniable fact.

Such is the wonder and working power of Arts Education. Give a child the Arts and you give them access to a world far beyond anything they've ever known. Give them access and you give them expectations and the liberty to discover themselves on their own terms. Give them the Arts and there's a better chance that you will create a productive citizen, capable of functioning and even thriving beyond the limits of race, class, politics, etc. This is something I've lived since my days in The Boys Choir of Harlem, as a student at Fiorello H. LaGuardia High School of Music and Arts & Performing Arts and now as Ringmaster of Ringling Bros. and Barnum & Bailey.

"In circus, you're not black or white, gay or straight, religious or non-religious -- you're circus; and circus is your citizenship." Affirming words from legendary showman Timothy Tegge. Our City of Sawdust is an assembly of many nations and personalities whose sole commonality is the building, presentation and maintenance of The Greatest Show On Earth, for which the particulars of race, gender, religion, class, nationality, etc., become incidental when the fate of the show is at hand and one's life may very well hang in the balance.

Life in the circus forces you to go beyond yourself, at least that has been my experience. It is a mighty feat to maintain biases and prejudgments in a culture of interdependence. Life in the circus is structured in such a way that it forces you off your "island." It dares you to be a part of the collective. 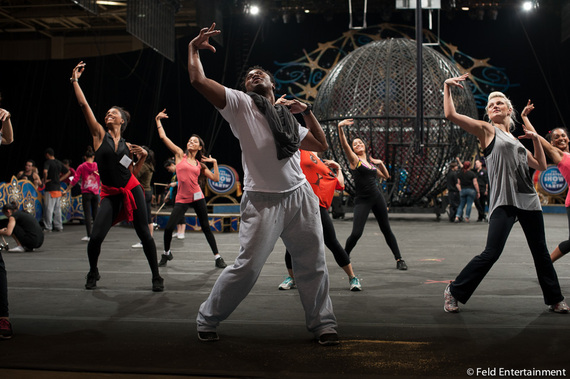 For well over 40 years, Jessica Hentoff has been immersed in the world of the circus, as a student, performer, teacher and founder. Like many a circus veteran, she's done a bit of everything; aerialist, bareback rider, clown, fire-eater, juggler and small animal trainer. She's literally instructed Children of All Ages -- 3 to 88 year olds -- including students with various challenges, from adolescents with Down Syndrome to the deaf. Yet, it is her renowned work as founder and director of Circus Harmony that will likely be her most enduring legacy, and for good reason. It began when she founded the St. Louis Arches Youth Circus Troupe in 1989. "Here were children with needs, talent and abilities but no opportunities," she said.

Initially, her mission was to instill the same joy of accomplishment she felt the first time she ventured into a circus arts class as a student at SUNY Purchase. What she soon discovered would prove to be a greater joy than individual achievement: the power of the circus arts to create social change. "The other coaches dropped out, but I kept working with these young people, seeing the difference it made in them as individuals and in how they were perceived by their community and their families. When Circus Flora stopped funding these classes, I kept them going by starting Circus Harmony to provide more circus educational opportunities for St. Louis youth."

Circus folks habitually think outside the box. Today's thrills were yesterday's doubts. Thus, for a circus veteran like Hentoff it only made sense that her inaugural endeavor with Circus Harmony would produce for many an impossible feat. "The first program we did was Circus Salaam Shalom, bringing together children from a Jewish synagogue and a Muslim mosque who were geographically near each other but who would have socially never crossed paths otherwise. The results were amazing."The children would become one through circus, creating not only a wonderful showcase, but also bonds of friendship with the potential to last a lifetime. 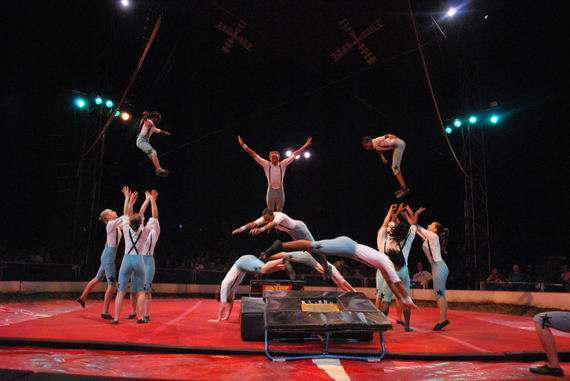 Hentoff's Circus Harmony has not only been the catalyst for social change, but also a lifeline of salvation for the children of St. Louis. "When one of our students was 13, he was the oldest male in his family who was not dead or institutionalized. His quick temper earned him getting kicked out of school and being sent to an 'alternative school.' Now, he's gaining critical acclaim and touring the world as a circus performer," said Hentoff.

Hentoff recalled being "stunned" upon discovering that one of her kindest and most diligent students before joining Circus Harmony, was not only a prolific "street kid," but once a participant in the infamous Knock-out Game. "'Why did you stop?' I asked. He said, 'I was afraid you would find out and put me out of the circus, and I wanted to be here more than anything else.' This young man is now negotiating contracts for his professional circus career," said Hentoff.

Then there was Reggie Moore, 6'5" tall and weighing nearly 300 lbs. He fell into circus life on a whim. After hearing some of his schoolmates talking about practice, he decided to follow their lead, assuming they were headed to basketball practice. From all accounts, what he witnessed that day changed his whole life. He was hooked. He threw himself into all things circus, even becoming a highly proficient juggler. In fact, in his first six months at Circus Harmony he shed over 50 lbs. "He didn't diet. He was still working at McDonald's. He just got active and his body started changing. This bear of a young man went on to be able to do back handsprings and somersaults, as big as he was!" said Hentoff. His hard-earned skills would take him across the country. "Circus is my life...I'm going all out!" wrote Moore in a Facebook post.

Sadly and quite suddenly, a fatal car accident would claim his life. He was 21 years old. "October 25th was the one year anniversary of his passing. We all still can't quite believe he is not physically with us," said Hentoff. "Reggie's passing really taught people how important it is to appreciate everyone NOW! Reggie continues to be an inspiration to everyone. I happen to wear a ring that has inscribed on it 'Everything is possible.' Reggie was the embodiment of this."

In tribute to the larger-than-life Moore, Circus Harmony has established the Reggie Moore Memorial Scholarship, in hopes of providing others the joy and the life changing power of the Circus Arts.

"I have been blessed to have a life where I get to be like Peter Pan -- I sprinkle the magic (saw) dust of circus on people and they learn to fly!" said Hentoff.

Arts Education, particularly the Circus Arts, is a kind of magic indeed. Creating, from a vast array of nations and personalities, a culture of one. Converting rival communities with centuries of contention between them into a fraternity of goodwill. Rerouting destinies of despair into trajectories of hope, to igniting a sense of purpose in the soul of a Gentle Giant. The world as we know it is desperate for more of this special kind of magic.