One of my favorite charities is Nowzad Dogs, which started off reuniting soldiers with the dogs they befriended while on tour in Afghanistan, and has now expanded to offer veterinary care to working animals in that war-torn country. I currently serve as the official ambassador for Nowzad Dogs in the United States.

Ten years ago this February, Royal Marine Sergeant Pen Farthing rescued a dog named Nowzad, who had been used in dog fights in Afghanistan. Nowzad was smuggled across Afghanistan to begin the long journey to Pen's home in England. At that time he had no idea that the bond he had formed with this stray dog would be the catalyst for the start of the first animal welfare charity in Afghanistan. 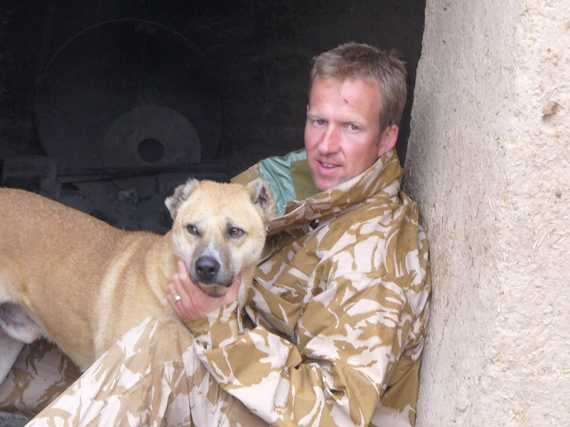 Pen knew that other soldiers would want to bring the dogs and cats that they had adopted while fighting in Afghanistan back home with them, and so he founded Nowzad Dogs. Today, Nowzad Dogs has enabled 1,000 soldiers to bring their dog or cat back to their home countries when they finished their tour of duty.

The Nowzad Clinic was created in Kabul to provide a place for the animals to stay before departing for the United States, England, Canada, Spain and other countries. This clinic now provides vaccines and health care for donkeys, cows, sheep, goats and chickens. And of course, dogs like Mac - found curled up on the side of the road with crushed back legs- receive exemplary care. Mac is now enjoying a full life with his specially made wheel chair.

The clinic employs the first-ever Afghan women to become fully trained veterinarians. More than 90 Afghan veterinary students attended practical hands-on training at the Nowzad clinic last year alone. It is the first clinic and animal shelter in Kabul and actually helps people as well because it stops the spread of rabies.

The Nowzad Clinic is known for its animal welfare education, and this charity employs 20 Afghan nationals, who are as passionate about bringing animal welfare to Afghanistan as Pen and his team are.

All of this has been achieved with minimal funding. Pen ensures every single cent donated is used to care for the animals.

In 2014, Pen was named CNN Hero for his work with Nowzad Dogs. But despite this great honor, he still desperately needs funding to continue his work. 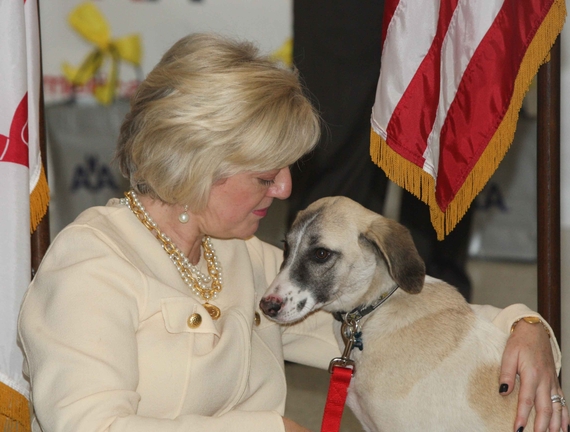 Cathy Kangas with a Nowzad Dog

I have supported Nowzad since its inception when I first read Pen's book, "One Dog at a Time," about his work in Afghanistan. It is an uplifting, positive story about how a Royal Marine took care of a docked-eared Afghan fighting dog in between patrols and attacks by the Taliban, and soon embarked on a global effort to help dogs, soldiers and the animals of Kabul.

Pen has shown that one person can have an amazing impact, bringing good to an environment written off by many. Nowzad is demonstrating what can be achieved when people from all walks of life and cultures cast differences aside and work toward a common goal.

I would like to ask you to show Pen Farthing your support by pledging whatever you can afford to help him and the amazing team of Afghan nationals who care daily for the animals to continue the vital work they are doing.

VIsit www.nowzad.com and make a tax-deductable contribution that will bring more dogs home to the soldiers who care for them, and help working animals like donkeys that are destined to a life of hard labor in poor, war-torn Afghanistan.