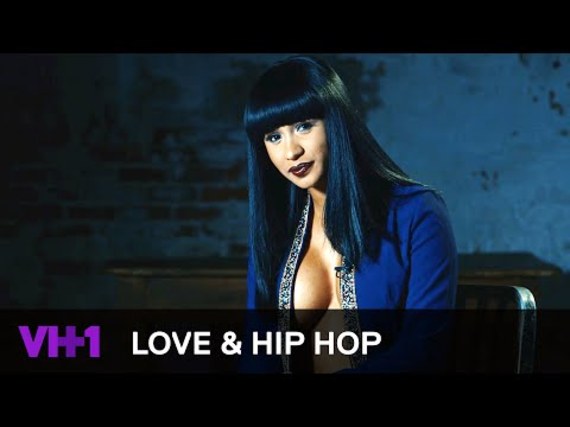 The infamous Cardi B, Bronx native, found her way onto the hit VH1 show Love and Hip Hop New York this season and really captured the audience. Watching her on television she isn't afraid to speak her mind and offers no apologies about her past of being a stripper. She's said in many interviews that it was her key to building a better life for herself. Cardi B, a relatively unknown outside of her legion of fans on social media stands true to form of what makes a reality star a star. She boast over two million followers across her social media pages and while she is very true to the person you see on television every week, there is more to this television personality that many people outside of her tight knit circle wouldn't get to see.

I met up with Cardi at the VH1 Headquarters in Times Square where she had been talking with the media pretty much all day. Her fame has risen and like others before her talking to reporters and bloggers had almost become part of the program. Before my meeting with her, like I would do with any person I was going to interview, I researched, looking for any and everything I could find and to my surprise there is much more to Belcalis Almanzar. My interview with her includes her time on Love and Hip Hop and a few surprises like her love for history.

KM: Did you know when you said the "FOREVA" line you said on the show was going to be as big as it has become?

KM: A little birdie told me that you happen to like history and political science?

Cardi B: "Yeah those subjects intrigue me. I like U.S. and World history, geography and little things. I also like to learn about animals and little fun facts.

KM: So your real name is Belcalis? Is there a difference between Belcalis and Cardi B?

Cardi B: "The only difference is that no one calls me Belcalis except for my family, my mother and my daddy. But Cardi B is just Cardi B, there's no difference."

KM: Cardi B, is she Democrat or Republican?

Cardi B: "Democrat, but for certain I can be a little be conservative."

Cardi B: "Lifetime of happiness to be honest with you because now that I'm making a little money I realize it's not really money that make you happy. "

Check out Cardi B and the rest of the Love and Hip Hop New York cast every Monday night on VH1.