Every year around the world some 15 million people are uprooted from their land and homes to make way for "development." This slow tsunami of human misery does not attract much media attention, but forced displacement for development projects -- such as mines, oil and gas pipelines, hydropower dams, and urban renewal schemes -- has become a full-blown crisis in the developing world.

Working with displaced communities in Asia and Africa over the last ten years, I have seen the destructive effects of these land grabs up close. The impact on poor families -- and let's be clear, it is never the well-to-do who are forced to move for development -- is well documented: loss of income, homelessness, psychological harm, and many other damaging effects. The trauma unleashed on these families is difficult to overstate, and it nearly always intensifies the cycle of poverty.

That is why watchdogs were so alarmed when the World Bank released a draft of its new social and environmental safeguards last week. These policies are supposed to ensure that the development the bank funds with our public purse does not harm people or the environment, inadvertently or otherwise. But to the outrage of land rights groups around the world, including my own, the new draft doesn't strengthen the bank's commitment to "do no harm" principles. Rather, it does just the opposite. It guts necessary protections that have been in place for over 30 years, opening the door to all kinds of future abuses.

Shamefully, the people who stand to be most hurt by these abuses are the tens of millions of poor people in developing countries that the World Bank is ostensibly supposed to help.

Of particular concern are the draft guidelines on involuntary resettlement. As the planet's largest development organization, lending more than $50 billion per year, the World Bank is responsible for a significant amount of displacement -- how much, we don't know because the bank does not bother to track and disclose this information. But when people are forced to relocate to make way for a bank-funded project, the current policy requires the living standards of the displaced to be improved, or at least not made worse than before the move.

While this objective is preserved in the new draft rules, there's little chance it will ever be achieved. The draft exonerates the bank from its obligations to the displaced, while giving borrowers considerable discretion to resettle the poor as they fit. Given the bank's track record of lending to some of the most abusive governments and reckless financial institutions in the world, the results are likely to be catastrophic. 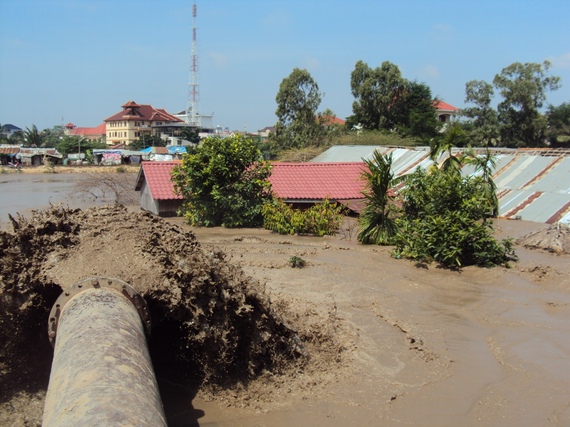 When Jim Yong Kim became the bank's president two years ago, his appointment was greeted with optimism. He was an unconventional pick for a position normally awarded to Washington and Wall Street insiders. Trained as both a physician and an anthropologist, many were hopeful that he would bring a people-centered approach to a development agency that has long promoted the interests of large corporations over those of the poor.

The early signs were good. Kim set two ambitious goals for the bank: the elimination of extreme poverty by 2030 and the promotion of shared prosperity to boost the incomes of the poorest 40 percent.

Yet there is a dark undercurrent of realpolitik pulling against these goals. The World Bank desperately fears losing its market share to the new kids on the development-finance block, including the New Development Bank launched by the BRICS nations this month.

In order to compete, Kim wants the bank to be less risk averse, expand its lending to the private sector, and get back into the business of financing "transformational" mega-projects. It has become clear that gutting social and environmental safeguards is part of that effort.

But the World Bank is playing with fire, as its own history shows. In 1980, the bank became the first international agency to create a resettlement policy. Then President Robert McNamara instituted the new rules in response to the violent forced eviction of some 70,000 people to make way for a bank-financed hydropower dam in Brazil. The evictions embarrassed McNamara and illuminated the inherent contradiction of destroying entire communities in the name of reducing poverty.

Despite the promise of a new era ushered in by the appointment of President Kim, the bank risks returning to its bad old days. Because make no mistake, the world's poorest and most vulnerable people -- the very people the bank has pledged to work for -- are the ones who will suffer if these draft safeguards are adopted.

Is this the legacy that the World Bank's first anthropologist president wants to leave behind?