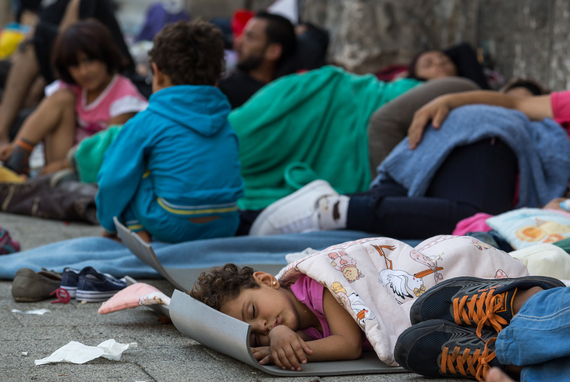 This week, the World Federation for Mental Health met in Cairns, Australia to discuss mental healthcare, particularly suicide and self-harm. Approximately one million people a year lose their lives to suicide, according to the World Health Organization. That's one person every forty seconds dying by their own hands. Yet we have heard almost nothing about mental health in the 2016 US election cycle. With millions of people suffering from a variety of mental health issues in every part of the globe, why are so few talking about access to mental healthcare?

Here are three of the biggest issues that need to be addressed as part of comprehensive health policies:

Addiction: Around the world hundreds of millions of people are currently considered addicts, including 23.5 million people in the United States. Social stigmas suggest that those who abuse alcohol or drugs are morally or ethically reprehensible, but mental health providers know that addiction is often the result of early trauma. It can also be a response to poverty or limited life circumstances. What addiction is at its core is a mental and public health issue, not a choice to behave badly.

There is no question that addicts in almost every country in the world would benefit from healthcare reform, particularly improving access to addiction treatment. We can all learn from Portugal's commitment to helping addicts recover. Connecting those addicted to drugs or alcohol to mental healthcare either through drug courts or individually sought-out therapeutic treatments, including counseling, has been shown to greatly decrease the likelihood that an individual will continue using. We know what good treatment entails, but it takes policy makers willing to invest in it to make it available to those in need.

Depression: The debilitating pain of depression affects an estimated 350 million people worldwide. Unfortunately, too often those who suffer from depression do not have access to quality mental health care. Whether the problem is lack of insurance to cover costs, long-wait periods to see psychotherapists or too few professionals to help those in need, those with depression will often go untreated. This lack of treatment can lead to suicide. World suicide rates have increased 60% in the last 45 years and suicide is now a leading cause of death internationally. Now is the time to invest in mental healthcare to provide treatment to those who suffer from depression.

Displacement: The world is now "home" to more than 65 million refugees, more than after World War II. The need for mental healthcare among this population, which by definition has experienced trauma, has never been greater in anyone's living memory. While xenophobic concerns paint those escaping conflict as possible perpetrators of violence themselves, mental health care professionals and the nations that welcome these individuals, have an obligation to assist displaced persons in their psychological healing, while educating the larger community on the lasting effects of violence and trauma.

Failing to provide refugees with access to mental health care could leave a generation of people with deep psychological wounds. Ensuring refugees and the communities that host them have access to timely mental health services may prevent generational trauma and form meaningful relationships between communities in a time of increasing isolation and fear.

Mental health issues cost more than 2 trillion dollars a year, which is nothing compared to the untold human suffering that mental illness and addiction create. Yet we can do something to help those in need, one person at a time, by advocating for better access to mental health care in our communities. We know how to address this suffering; we simply need to be sure that those who need care can access it.