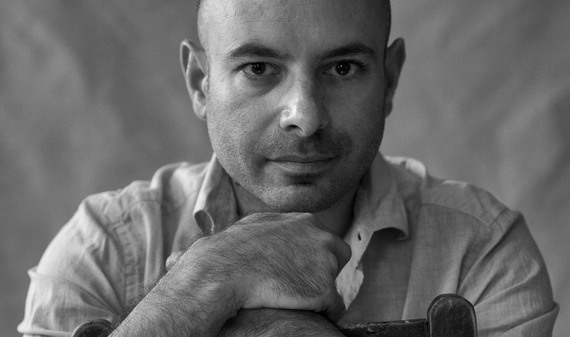 With more than 8 years since the first man has been cured of AIDS, many are wondering; what's next? Dr. Kambiz Shekdar is the appropriate individual to answer that question. Shekdar invented a technology that, when combined with lessons learned from the Berlin Patient, is capable of setting us on a direct course for a cure. The first step has been to mobilize a powerful network of scientists, clinicians and technology experts that are dedicated to developing an AIDS cure that is accessible and affordable to everyone from Park Avenue to the Sudan. Dr. Kambiz and I discussed the process of this discovery, and the next steps in forming a movement toward the cure. Amidst a generation that seems to be accepting the state of AIDS, it's refreshing to hear from someone who finds that unacceptable.

Being within such close reach of finding a cure for AIDS is quite a cultural milestone and a very exciting one at that. However there is still a lot to understand. Perhaps we could start by talking about the Berlin patient. What exactly made that possible?

The key thing that happened in the Berlin Patient's case was a brilliant physician connected some dots and figured out how to cure AIDS. The dots that he connected were under everyone's nose for decades, but no one had connected them before. One of the dots was the knowledge that some people are naturally resistant to HIV, they simply lack on the surface of their cells a cellular receptor that the virus needs to latch onto to gain entry into the cell. The Berlin Patient had AIDS and Leukemia at the same time. In order to treat the Leukemia, the Berlin Patient needed a bone marrow transplant. To do this, his doctor had to wipe out the patient's cancerous immune system with radiation and then give the patient bone marrow from a healthy donor. There are stem cells in bone marrow, and these stem cells, once they are in the patient, give rise to a new, healthy immune system. In the Berlin Patient's case, because he had AIDS in addition to leukemia, his doctor had the idea to find a person who is naturally resistant to HIV as the bone marrow donor. By transplanting stem cells from an HIV resistant donor, he figured, maybe this might hopefully give rise to an immune system that resistant to HIV. And it worked. Thousands of HIV- positive patients with Leukemia had received bone marrow transplants in the past, but no one had thought to use the bone marrow of an HIV resistant donor before.

Something that now may seems so obvious.

Right, but actually this required very original thinking. I think a lot of times new and good ideas come out of left field, and in this case that's exactly what happened.

Moving forward, can you explain your connection to the cure for AIDS?

Sure, so far, AIDS treatments have been about attacking the virus. We have 'antiretroviral drugs.' We are working to develop cures based on the body's natural resistance to HIV. Imagine if someone cured colon cancer for the first time. That would show that you can cure colon cancer, but it doesn't necessarily mean that the very first way colon cancer was cured would be the same way you would go about curing it in other patients. You would look to create better and more efficient methods. This is the same with the case of the Berlin Patient and how AIDS was cured the first time around. The treatment that the Berlin Patient received proves clinically that you can cure AIDS, that certain types of stem cells are curative. Now, it's about taking cure and creating a method of cell therapy that is broadly applicable to every patient. And that's where I come in. In the Berlin Patient's case, the curative stem cells were obtained from an HIV-resistant individual. What needs to happen now is we need to create cells that are curative, exactly like those received by the Berlin Patient, from each patients' own stem cells. Everyone has stem cells in their own body. We would isolate some of these stem cells and conduct 'cellular surgery' on the cells, to make them HIV resistant. Then, those newly resistant cells would be taken and implanted back into the patient. There are several ways to conduct the genetic cell surgery, and a few years ago as a graduate student at the Rockefeller University, I invented a technology that is one of the methods that holds a lot of promise to get this done.

But clearly when you invented this technology it wasn't for the purpose of curing AIDS, so if I understand correctly, you are applying a technology that you invented for other purposes toward what was achieved by the clinician that cured the Berlin Patient?

Right, that is exactly it. The method that I invented automates genetic engineering. Depending on what gene or what cell you are working with, you can use it to create cells for different uses and applications. It's like we created a Swiss army knife for creating cells that mimic natural biology. At the time that I invented this method, I was a grad student and I needed to create cells that expressed certain genes. This required a lot of work and it was a very time consuming and manual process. So I figured out how to speed this process up. It was just an idea, at first. The university patented the idea, which turned out to work quite well, and we refined it and brought it to work. Turning back to the Berlin Patient, his case has shows us which kinds of cells can cure AIDS. Now, it's about crafting cells like this for each person. The method that I had invented is about cell crafting; now that we know what kind of cells to craft, we are looking to apply our technique to craft those very cells.

The way you explain that makes perfect sense, but it's still just so incredible to think that we are at a point in biomedical research where that is actually possible.

Yeah, and the cool thing is that this is not an open-ended research project. Research is usually very risky, and you never know how an idea will pan out. The case of the Berlin Patient kind of does an end run. No one crafted his cells, they already existed, and they were shown to cure AIDS. His case provides clinical proof what kinds of cells can cure AIDS. Now, it is about arriving at these kinds of cells, for every patient. It will take more than one technology or team. It's really about getting everyone getting our act together, and coming together to create cells like that for each patient.

Well speaking of getting our act together, what are the next steps in moving forward this movement toward a cure?

Its interesting, while many have heard of the Berlin Patient, people haven't quite grasped the fact that a cure for AIDS is actually tangible. Even a global rollout for a cure is thinkable, this is not science fiction. We have technology, but we can't do this alone. People need to know that AIDS was cured, and that there are groups working on developing a cookie-cutter cure.

Right, we could actually see an end to this pandemic.

We absolutely could see a global end to AIDS in our lifetime. What many people don't realize is that the Berlin Patient was cured eight years a go. There are hundreds of labs out there working on different bits of technology, but at this pace we will never cure AIDS. These labs are working separately. You have top experts in different pockets all over the US and Europe who are not working together. What we are doing, because we happen to have access to this very key piece of technology, we are using our position to bring together the top players to get this work done. We are reaching out to the top scientists and technicians at places like Columbia University Medical Center, NY Presbyterian, Rockefeller University, Stellenbosch University in Cape Town, South Africa, and others, with the intention to bring together these leaders in the field to build a Manhattan-based project to cure AIDS. Apart from the science, we are building a team, which is primarily a science and medical team, but our project goes even beyond that. We are inviting to the table people from all the key affected groups such as IV drug users, gay men, sex workers, people from resource-poor settings where it is even difficult to deliver pills. If we are going to think about a worldwide cure, we need to think carefully about how to deliver that cure everywhere to rich and poor. In the 30-35 years of HIV, people have become use to the idea that being HIV positive is something that you need to live with and accept, and in fact many people don't think about themselves as infected, they think of themselves as poz. And when you start talking about a cure, it reminds us that this is actually a disease. Now that we have a chance to cure it, we really need to bring these communities on board to defeat it.

Absolutely. That is a crucial component since historically there has been an enormous disconnection between biomedical research, and community based services.

Exactly, to the point that you might ask yourself, 'why another AIDS organization when there are hundreds out there?' Exactly because it has already been 8 years since the Berlin Patient has been cured. The world has accepted the state of the AIDS epidemic, and that is not acceptable. Much more can and must be done. We are pulling together a mobilized group of scientists and clinicians focused on developing the cure, and we can do this because we have immediate access to key technologies. We are unencumbered. We really have a fresh opportunity to generate a new and effective movement toward a cure. 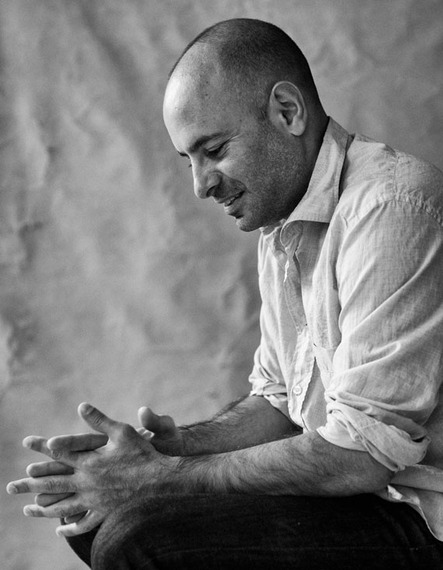