It has been ten years since Thomas Friedman's book The World is Flat became an international bestseller. This was a book that cast the widest net on defining what a modern-day globalized economy looked like. Like many of those who read it, I was in awe of how technology, logistics, and management practices can come together to define the future of a world so connected, efficient and small. For the first time, someone made sense out of all the changes that were taking place and framed them in language so new it was welcoming for some, but petrifying for many. The era of globalization was upon us and there was nothing we could have done to stop it. Of the book's 469 pages, the most profound theme that stayed with me for all these years was one statement that Friedman made. It was about the endgame of this rapid change: "If your job is quantifiable, it's outsourceable." To me, that statement represented the beginning of the end of the American Dream, as we knew it.

Friedman's pioneering approach in explaining the new global complexity, and his bold predictions, earned him much criticism that remains valid till this day. In an effort to dismiss the book's findings, Nobel Prize laureate, Joseph Stiglitz declared that the world is not only "not flat," but it was becoming "less flat." Urban studies theorist Richard Florida declared, "The world in not flat, it's spiky." Value systems theorist Don Beck, declared that "The fifth level world might be flat, but the real world remains hierarchical."

With the benefit of hindsight, we can all see how unpredictable technological disruptions can be. Yes, the flattening of the commerce-driven fifth level value system has brought prosperity to many remote parts of the world, while destroying much of the Industrial Age ethos in the West. It has made instant global communications free and possible. The ubiquitous use of cell phones and solar panels have enabled remote parts of the world to by-pass the traditional channels of infrastructure development. Collaboration, peering and sharing have become part and parcel of the information economy. 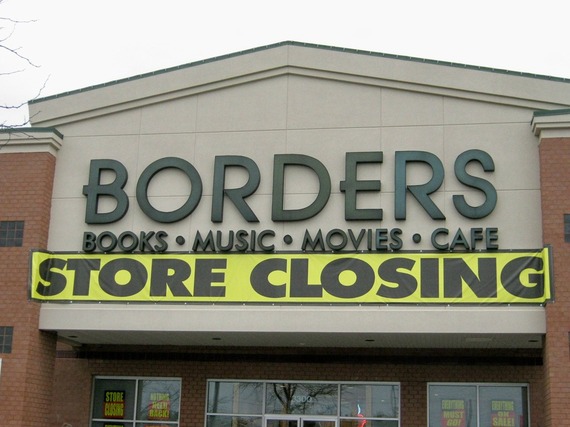 But, in spite of all that, there are many things that Friedman could not have possibly predicted. The outsourcing phenomenon has matured and has shown that cheap labor in places like China and India was only temporary as these countries moved forward to their next stages of development. First came their sudden rise to the middle class and the need for higher wages. Then stories surfaced about riots, suicides and 16-hour workdays by children in Chinese factories that made our iPhones and iPads. Similar practices came to the surface from places like Bangladesh and Vietnam presenting the most power economic engine - the American consumer - with a moral dilemma. Soon, companies like Apple and clothing giant Gap, Inc. found it necessary to explore alternatives to their business model. In less than a decade, the world became less flat.

Other concepts that Freidman explored have simply fallen by the wayside. Lower production costs and exponential advancements in digital capabilities have rendered the insourcing phenomena obsolete. Offshoring has suffered from the same stigma as outsourcing. The only element left of the last flattener is the tax avoidance strategy that enables corporations to hide revenues offshore. Transparency and government pressure are forcing an end to those practices as well.

So, why have ideas of contemporary thinkers like Thomas Friedman proved to be incomplete only ten years after they defined the brave new world we live in. Today's world changes at the speed of light and, unless these thinkers can ride on those light particles their insights will only paint a partial picture that lasts for no more than a minute. Never before has technology defined our lives and expression of values as much as it has in the last 2 decades. Today, we face one the greatest disruptions humanity has faced in it history. We are defined not by our character, but by our ability to adapt to the latest gadgets. Entire industries have disappeared due to technological disruption, and a few, more advanced algorithms will soon replace the disruptors themselves. The classroom has moved to our laptops, and within a few short years we will become autonomous learners. Driverless cars will provide us with cleaner air, productive travel time, and less crowded streets. All these changes will leave behind millions of disrupted workers with obsolescent skills and no one has a plan to retrain them.

Welcome to the age of disruption, a period in human history that very few people can define its final outcome. Due to its continued unpredictability, social science defines this phase of change as a paradigm shift. In my work we call this particular phase the decline and entropy phase. This is where the values of the existing system reach the point of bifurcation where artificial formations collapse and a new natural order begins to rise. We're beginning to see some patterns of that new order. Jobs that have defined much of the post-modern era that are a quantifiable and digitizeable will continue to disappear, while demand for specialized personal services and unique non mass-produced products will flourish. The future is both local and global. The supply chain will continue to flatten our world, while new non-digitizeable careers for the middle and working class will increase in popularity and occupy the empty neighborhood shops. As the disruption wanes, human input becomes complementary to that of the machines that make things. Imagine ordering a custom-made suit from your favorite designer online, and getting fitted for it one hour later at your local tailor shop. All the tailoring done by a machine, the final fit decided on by you and your tailor. It is a return to the simplicity of a locally based economy empowered and shaped by the complexity and the distributed intelligence of the digital age. This part we know. Only the passage of time will define he rest of the story.