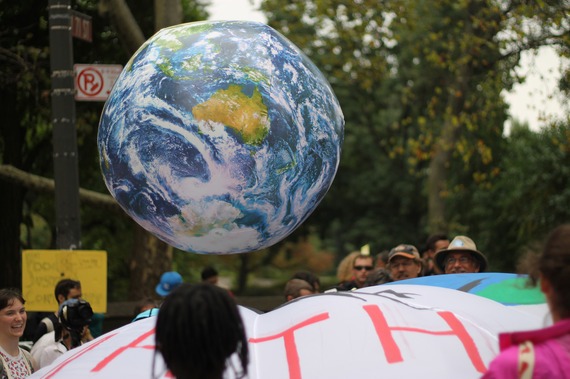 Making progressive change isn't easy. It requires activism, sound political strategy, and endurance. But we also need something less tangible: faith that the future can be better than the present.

Without a belief that we are capable of forward movement - in fact, that the world is improving over the broad sweep of time - it becomes nearly impossible to motivate enough people to push for progress. It makes work for change seem futile, and causes people to turn inward - to just focus on getting what they can for themselves.

That's why it's so important to help people understand that things are getting better. Dramatically, in some ways.

Teen pregnancy, which was called a "social time bomb" in the 1990s, has hit a record low in United States. Twenty million more people have health insurance. Nearly half of all Americans used to smoke, now it's less than 17%. Extreme poverty has dropped around the world from almost 40% to less than 10% in 25 years.

The list goes on - homelessness, child labor, child and maternal mortality, crime, and hunger are down. Conditions like Guinea worm infection and river blindness are declining. Literacy, democracy, life expectancy, and schooling are up.

But despite this strong evidence, the message of progress faces strong headwinds. In a recent poll, only 6% of Americans said the world is improving.

So why do so many people think things aren't improving when they are?

Part of it is human nature - we are the descendants of the "fittest" who were wired to prepare for the worst. We are part of a political system that rewards candidates who say, in effect, "things are terrible, elect me to fix them." And the media has a built-in bias toward sensational stories and conflicts, because we as readers click on them. (And we are now surrounded all day by that media.)

This information environment reinforces the real problems people see in their lives, and accentuates those negative trends that do exist (not everything is getting better).

Of course, it's easy to point to improving statistics when you're not among the millions still on the wrong side of them. But the fact is our troubled world is getting less troubled over time. And much of that positive change - maybe all of it - is due to collective human decisions to improve our society.

It's a process that's too slow and painfully uneven, but it is moving in the right direction. That is strong evidence that we can solve big problems. Which is great news if you're working to solve challenges like poverty, war, or climate change.