Recently I had a chance to travel to Fuzhou, China, to speak to LGBT young people and their parents at a national conference for PFLAG China. Initially I was going to turn down the invitation; it is so far to travel alone, and I don't speak Chinese. I was afraid. But I want to make this world safer for my transgender son and all LGBT individuals. How can I do this if I don't take a risk and travel when invited? I typed up my positive response to the executive director of PFLAG China, and with my finger hovering over the keys, I took a deep breath and pushed the "send" key, feeling courage enter me as my message traveled halfway across the globe.

Two months later I was traveling to Asia, scared and excited, and having few expectations but anticipating that I would experience things that would change who I am as a mother and LGBT activist. I wasn't disappointed.

In a country that will only allow a family to have one child, parents worry that their LGBT child will not only face extreme discrimination but will not find love or have anyone to take care of them in their later years. In China, as in many other Asian countries, children take care of their parents, so these parents would ask me, "Who will take care of my child when they get older? How can my child live a happy and fulfilled life if they are LGBT?" I tried not to give them advice, only sharing with them what I knew from my discussions with local leaders. There were older LGBT individuals living full and happy lives, some even having children through surrogacy. However, there were not a lot of these individuals who could serve as visible, positive role models, not like in the United States.

I met one mother who came up to me sobbing because the previous night her son had come out to her. She was so afraid, but she was there. Her son had brought her to this conference to meet other mothers who understood how she felt. He didn't want her to be so alone. And when you looked at the son's face, you felt his helplessness and shame. Trying to alleviate his own pain, he had brought this pain on his mother. You could see that he loved his mother so much, tenderly enveloping her with a protective arm while she wept. In that moment his pain appeared even greater than his mother's, and his heart seemed to question whether he had done the right thing by telling his mom that he is gay. But somewhere deep within me, I felt like they would make it; their love was so apparent and so palpable. They would just have to process the pain, the fear and the shame, like I had; the love they had for each other would be the strength that would pull them through. I believe love is always the key.

During one of my question-and-answer sessions, a question about love and showing affection was asked. I shared how one of the most important things that I did for my son during our journey was telling him how much I love him and hugging him as often as I could. One Chinese mother shared that their love is stronger, more forceful, and that when their children reach a certain age, they no longer hug them. I responded that I could not say what is best for her son, but that I believed that she would know when to use strength and when to be gentle in the expression of her love. She shook her head up and down, pensively thinking about what I had just shared. Later on, that same mother privately came up to me and said, "I am so sad. I realize that I hug all the other LGBT children but never my son." I felt her sadness. "It is never too late to start," I softly answered. Ten minutes later I turned and saw her hugging her child, and his face glowed, as if a light were coming out of his heart. A few minutes later I turned around and observed another mother hugging her son, tears running down both their faces. Brené Brown says in her parenting manifesto that our most important job as parents is to communicate to our children that they are loved and lovable and will always have a place to belong. These mothers were doing just that. And these children felt, without spoken words, that they would always have a place to call home and people who would love and accept them unconditionally. 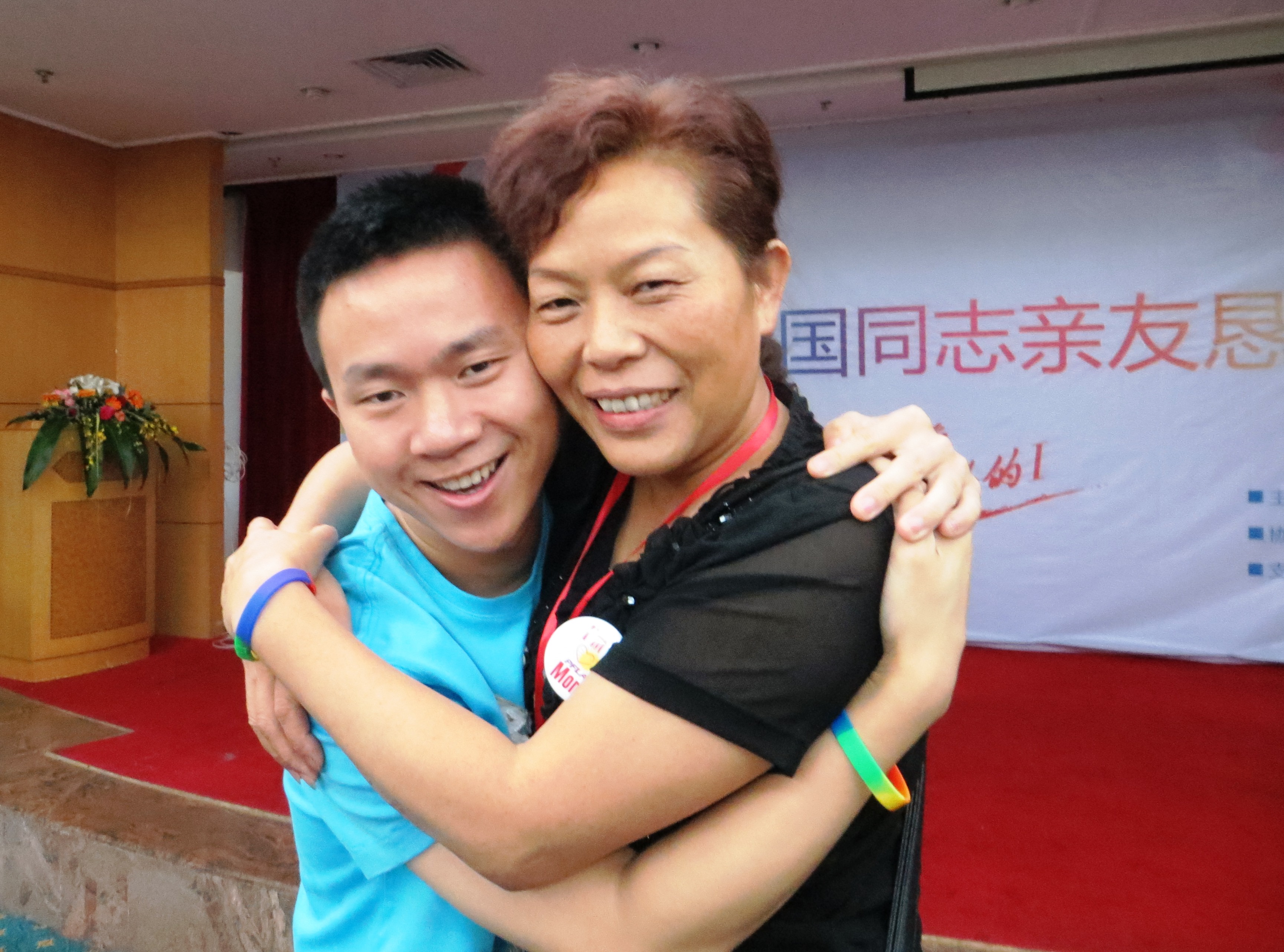 PFLAG China is led by Ah Qiang, a gay man who sold his business to dedicate his life to this cause. I fell in love with his compassion and his commitment. He is working tirelessly to bring marriage equality and more acceptance into a country that is changing slowly. He has so much hope, and it is that hope that moves all those around him to believe that love and acceptance in China is possible. 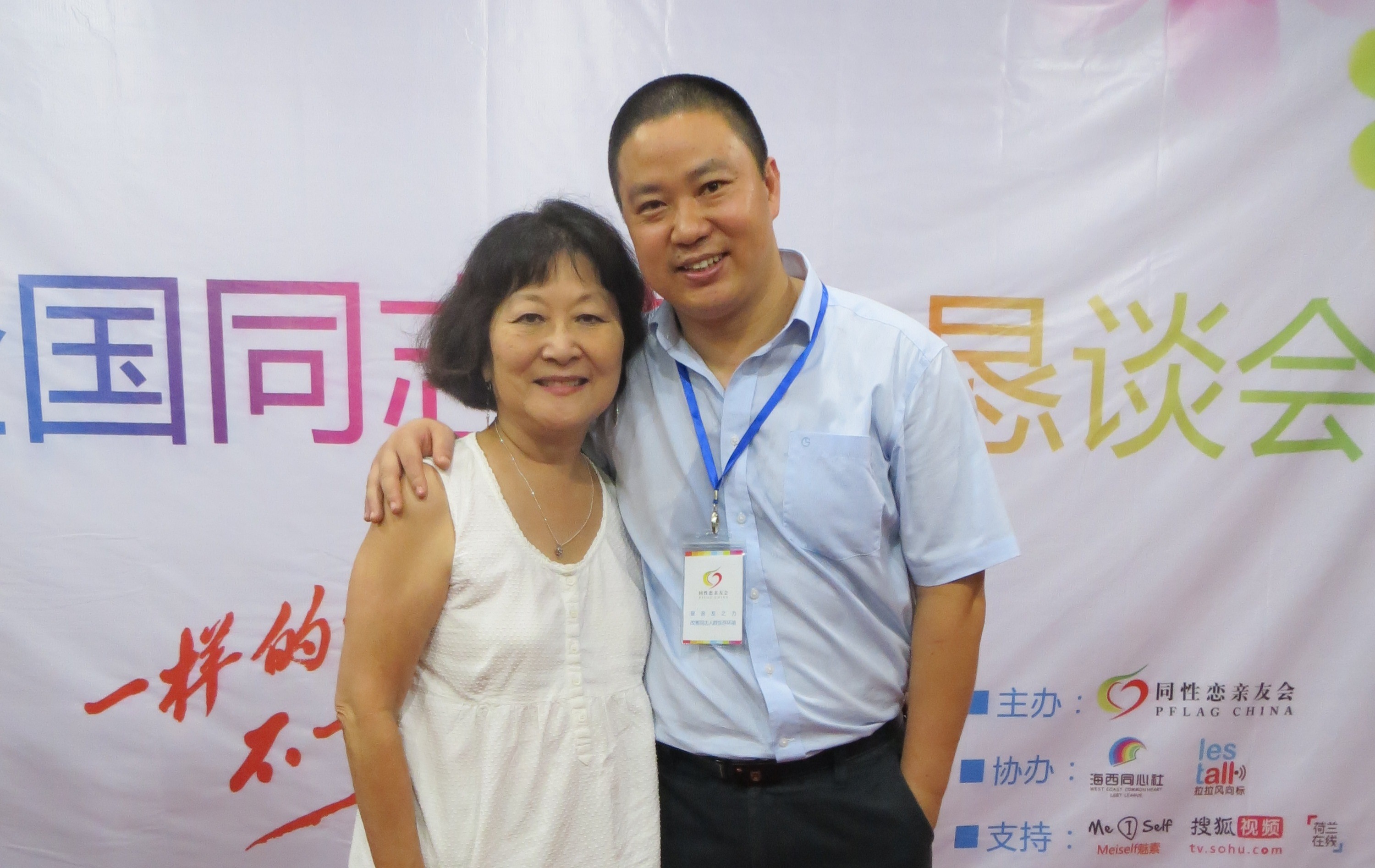 Ah Qiang and me

While PFLAG China and PFLAG National in the United States do not have a formal affiliation, what both these organizations share is a commitment to supporting, educating, and advocating for LGBT families and bringing greater awareness of LGBT issues to a society that may not understand or accept those who are born with a different sexual orientation or gender identity. I personally know the power of the PFLAG model of parents and families working together with LGBT individuals, a model that was created 40 years ago and serves as a template for many groups across the world. I believe that PFLAG's support and education of my family was critical in our journey to acceptance and love, and ultimately to a passionate advocacy for our transgender son.

In the end these Chinese parents and LGBT individuals wanted to know about our work in the United States. What did we envision for our future in the U.S.? Were things getting better? What were some of the things that we were doing to make it better? We talked about marriage equality in 13 states and the District of Columbia. We talked about DOMA being struck down and Prop 8 being overturned. And as we talked, I could see their concentration narrow, their eyes become very focused, but their hearts seemed to open up to take in all the information about the progress we are making in the U.S. I realized at that moment that they were looking to us for signs that the world is changing. I understood that our progress is their hope for their children and their families. And I became aware that China is watching us closely and believing that our evolution can be their future. We can never stop moving forward. We can never lose sight of the dream. The world is watching, and we are their hope. 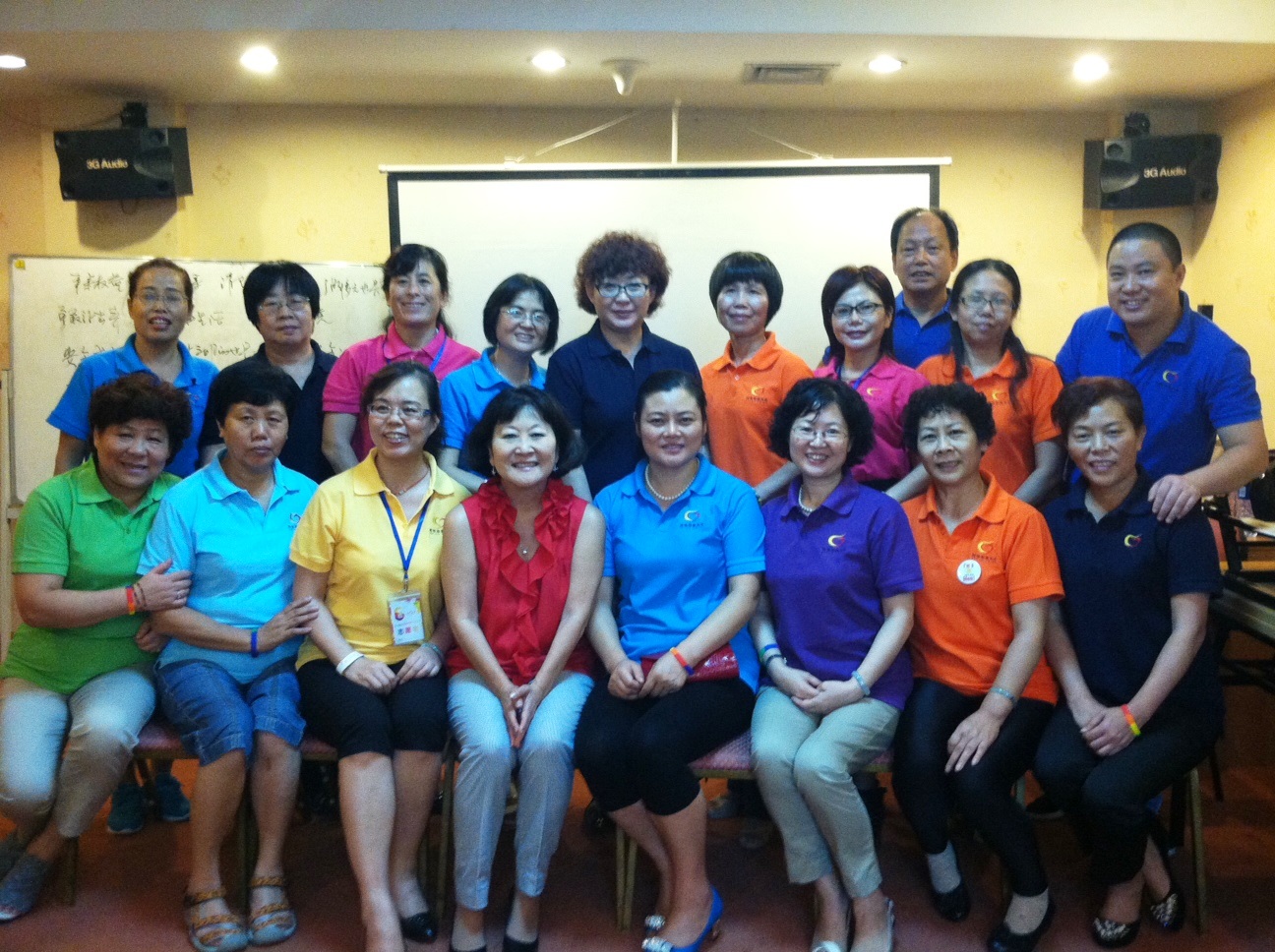