This is part-two of a two-part blog - the first part examined the post-cop landscape. This second part links to the need for systemic change for a new economy 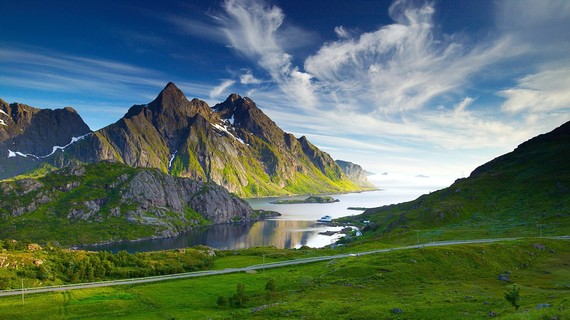 The current landscape -- shifting from 'what' to 'how' post SDGs
Clarity on where we go with the SDGs is also lacking. As SDG advisor Alex Evans says, now that the Open Working Group (OWG) on the post-2015 SDG agenda has reported, "minds are shifting to the 'how' as opposed to the 'what' -- and what a new Global Partnership on development might look like. There is a risk that the soaring ambition of the OWG's Goals will not be matched by adequate action on the delivery side."

Many of the answers on how to solve the challenges we face now on climate and the SDGs will need to come from society at large, from social movements, communities and citizens. This calls for a p2p revolution, the end of top-down and the beginning of people-power. The institutions of today can, and indeed must be involved in this revolution. But power needs to disperse and so does the conversation.

So delivering on the SDGs will require a host of tough issues to be resolved and delivered on including those same climate finance, loan and developing world support details so missing from Paris.

Other key issues which need to be included in delivering on the SDGs include; strong action on tax avoidance and subsidies, stretching private sector ambition and support for SD, recognition of natural resources like land, water, and the atmosphere as a special category of property right, with dividends from their use accruing to society at large, a radical overhaul of the financial system, consideration of a universal basic income and some fundamental questioning of issues such as the growth paradigm, limits of decoupling and the need to shift from consumerism to a world of intrinsic values and wellbeing.

This changes everything -- why we need to think 'system reboot not plug and play'
As the post COP party hangovers start to wear off people are recognising the momentous, perhaps paradigm shifting, scale of the challenge facing us as we attempt to deliver on the highest ambitions from Paris. As Richard Heinberg has said post COP, the required transition is "not plug and play, its civilisation reboot".

And as Professor John Foran puts it, "Despite their beautiful words, our leaders remained trapped in a broken system and a crashing worldview."

Coming out of Paris IPCC scientist Professor Kevin Anderson has concluded that we have to make: "Fundamental changes to the political and economic framing of contemporary society...let Paris be the catalyst for a new paradigm."

The social justice narrative of 'system change not climate change' has now gone mainstream with voices such as UNFCCC Chief Christiana Figueres now calling for 'a new system' at COP21.

Delivering on these radical changes will require a sea-change in the process of change. Policy-wonkery and lobbying may play a role but above all what is needed is a new society-wide Big Conversation on paradigm shift and systems change.

The emerging new economy vision
Many of these issues are the staple diet of those involved in the wider 'new/next economy' world which is the focus of the Real Economy Lab I convene.

This new economy space is a vibrant hot-bed of innovation. As Professors Gus Speth and Professor Gar Alperovitz of the Next System Project put it, "just below the surface of media attention literally thousands of grass roots institution changing, wealth-democratizing efforts have been quietly developing."

Hundreds of movements, alliances and organizations around the world are experimenting with a new-economy - new ways of living, of making, of commerce and of ownership -- open-coops, social solidarity, Transition Towns, Commoning, Sharing, initiatives from groups like the Club of Rome, Nef's Great Transition, the Next System Project, the New Economy Coalition, Neon, the Just Transition movement of labour, Movement Generation and Edge Funders and many others.

But between the current policy landscape and this vision of the future lies an unmapped territory on which we need to start to plot a roadmap to system change.

Where do we go from here?
Very different actors inhabit the worlds of the current policy landscape and this emerging vision of a new system. Some bridge both worlds -- but too few. What is needed is a common vision and narrative and an inclusive conversation we are all part of.

I see this as a journey. For a journey to be worth taking you need a roadmap. Right now we have only the slimmest of clarity and agreement on even the shape of the landscape we need to cross let alone where we want to get to. Many of us are too busy looking at our feet, fearful of stumbling, few ever get even a glimpse of a possible horizon let alone the peaks we need to aim for.

Those working in the foothills need to be helped to see a vision of where we need to head. Those with their heads poking through the fog need support to keep their feet in reality and real-politic.

Above all what will be needed is to take everyone with us on this journey. What that will require a new form of conversation built on deliberative, participative dialogue, open-enquiry and inclusiveness and powered by digital democracy.

This dialogue will need to bridge the here and now with a desirable and achievable future which is truly fair and sustainable for people and planet.

Whats crucial is that the dialogue of the deaf between so many of us needs to end and we need to find a way to develop one big conversation about system change and transformation.

Perhaps our attitude to this journey needs to take a hint from another of Marvin Gaye's songs What Going On.