Devon Avenue was nearly silent at dawn on the morning after her funeral, a memorial to the growing silence of her generation. Sylvia Cohen - born Tzivya (צִבְיָה) Patinkin in 1913, in the Polish town of Brańsk - who walked into the hospital under her own power a few months before her 96th birthday - passed away on June 5, 2009. She left behind three children (one died earlier), 17 grandchildren, more than 50 great-grandchildren, and a growing handful of great-great-grandchildren. And a human century indelibly marked by her presence. 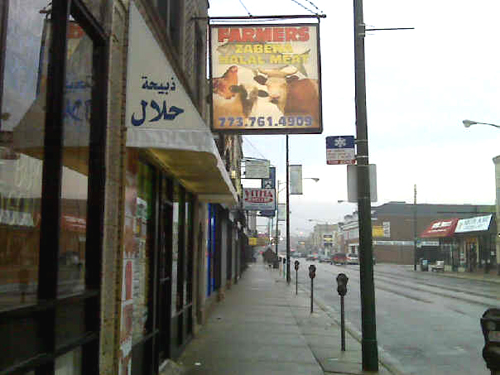 The S.S. Ryndam arrived in New York on May 21, 1921 from Rotterdam, Holland, carrying 30 alien immigrants whose "race or people" was listed as "Hebrew" and whose intention of time to remain in the United States was "always." The manifest listed a family of seven under the name Patenkien, who had most recently lived in Mien, Poland. Itzka (spelled "Itka" on the form) was the mother, age 47, occupation "housew.," able to read and write in her native Yiddish. She was bringing six children to join her husband, Michael, in Chicago. The children, ranging in age from 17 to 7, were Sara, Moszko, Chaje, Ryfka, Leja and Cywja. Cywja, just seven years old when she fled Europe, was Tzivya - Sylvia, who would be Sabta - my grandmother.

The Census counted only 23,000 Polish-born immigrants age 85 or older in 2000. In Illinois there were just 2,000. They were the rearguard of a massive immigration of European Jews that brought 1.4 million to America in the first quarter of the 20th century. Many of them - especially Poles - moved on to Chicago, which had a population of 130,000 Polish-born immigrants by 1930, in a city that was by that time one-quarter foreign-born. Immigration barriers choked off the influx after 1924, allowing their segregated communities to become Americanizing enclaves. By 1950, 83% of Polish immigrants in the city were naturalized citizens, and 42% owned their homes, even though the average education among them was only 6 years. They had settled in separate neighborhoods, but linguistic and religious ties softened the barriers between Poles, Russians, Lithuanians and other Jews by the time they launched a second migration - this time into the mushrooming neighborhoods on the north side of the city.

Their language was Yiddish, but it gradually succumbed to their assimilation - a cultural cost of success in America. Yiddish peaked around 1930, when the Census Bureau recorded it as the mother tongue of 1.2 million people. That number fell two-thirds by 1970. (Now instead of mother tongue, Census simply records the language spoken at home, and the number speaking Yiddish was about 150,000 in 2006 and falling fast.) 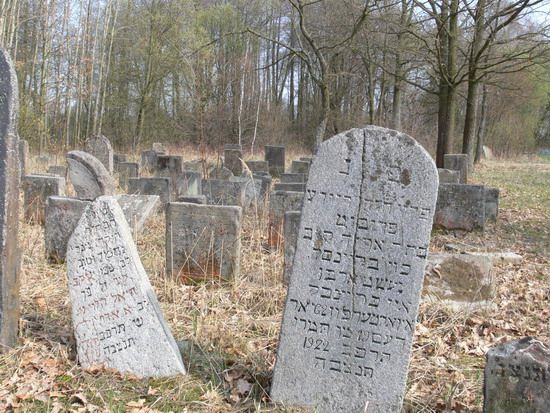 The old Jewish cemetery in Bransk.

The Patinkins were from Brańsk, Poland, a small town where a Jewish merchant class flourished between the destruction brought by Napoleon's retreating army in 1812 and World War I. They operated one of a handful of Jewish-owned inns until Michael left for America, hoping to bring the family out of Poland. Separated from Michael by the war, Itzka and her children suffered mightily in the years without him - although Sabta only recounted a few harsh memories from those days in her earliest childhood. Bransk appears to be one of many places where the Jews and Poles have never made peace. And the Jewish community met its end at the Treblinka death camp in 1942, where some 90% of its 2,400 members were killed by the Nazis. 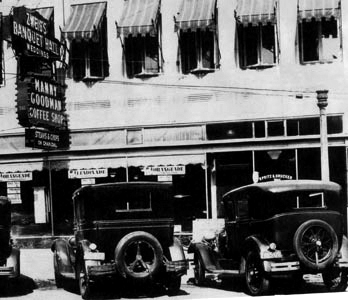 The Jewish immigrants who made it to Chicago were in the right place, at the right time, with the right wherewithal and the right attitude to make it in America. Sylvia danced the Charleston. She married Ruben Cohen in 1935 at Zweig's Banquet Hall. He was a Latvian immigrant who delivered coal, driving his truck with a baseball bat stuck through the steering wheel for leverage - standing on the pedals with both feet - and still took hours to make it across town. The Cohens were late to join the Jews' northward migration, finally moving to West Rogers Park in 1956 - to a three-flat apartment building they owned. The two ran a bar and liquor store, and after Ruben died almost 20 years ago, Sylvia stayed in the building, watching another Jewish migration take the majority of Chicago's Jews outside the city limits, to Skokie and points north and west.

So Sylvia, the youngest person on the S.S. Ryndam in May of 1921, was the last member of the immigrant generation for her family. Not quite the drama of the last surviving American WWI veteran, who is still living at 108 - or the last survivor of the 1912 sinking of the Titanic, who died in May. But the turning of a weighty page nonetheless.

I won't burden the public bandwidth with expressions of admiration for my own grandmother - whose selflessness, love, and bottomless devotion not only to her own family, but to all that is good and right in the human race, was surely unsurpassed in our time. But her passing is cause for reflection.

It is a cliché that the immigrants of her generation prized education above all else save perhaps only family and faith. The doctors, lawyers, artists, scientists, mathematicians, engineers, accountants, activists and entrepreneurs who grew up as the children and grandchildren of those Patinkin children are testament to that (and to the opportunities they inherited in the post-War U.S.). But what is less common - or at least less understood - is the ability of those transnational pioneers to straddle the multiple worlds they faced, to keep moving forward with their feet on shifting sands. As my Sabta would say after a tragedy - including the deaths of her five siblings and her youngest child - "You've got to move on!" Moving on didn't mean driving a car or using a computer - which she never did. But it did include Oprah and Dr. Phil, gay rights and Obama. Retreat wasn't in her repertoire.

Most third- and later-generation Jews have followed the assimilation trajectory of their immigrant parents, carving out another voluntary-ethnicity niche not too far from the center of the white American spectrum. But others have created, or recreated, a neotraditional Orthodoxy, embracing a social world anchored by modern-day yeshivas and religious schools and decorated by a bevy of black hats and coats. Sylvia's family has gone both ways, and from her vantage point at the top of the age pyramid she made it look easy to embrace - not just tolerate - the good side of those she came across regardless of the trappings they wore. The success of her children and their families - their material success, but also their success in creating and becoming people who are kind as well as happy, who love their families but not only their own - is the lasting mark she made.

It seems fitting that Sylvia lived to see her nephew write a book that asks, "Can we - in the light of postmodernist thought - speak of a continuous, coherent Jewish People, with a distinct culture and history?" Her neighborhood in West Rogers Park, east of California Avenue (where Devon Avenue's honorific title changes from "Golda Meir" to "Gandhi Marg"), has turned over again, this time to immigrants from India and Pakistan. Maybe the history she rode in on did not turn out to be continuous and coherent. But I think she showed us that you don't need to invent traditional roots, or disown them, to make yourself into a person your grandmother - or mine - would be proud of. 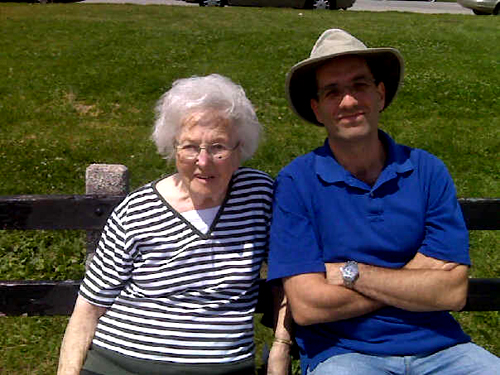