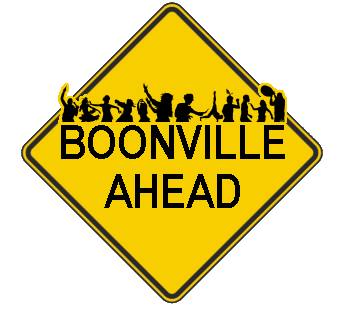 The Sierra Nevada World Music Festival returns to Mendocino County's scenic and mysterious hamlet Boonville this weekend, starting Friday evening and running through Sunday night. Just two hours north of San Francisco, the festival draws attendees of all ages from around the country and beyond -- I know this as some of them will be sleeping on my couches and floor on their way there. This relatively small festival stands out among the ever-growing slate of summer music gatherings not only for its user-friendly size, but especially for the quality and blend of sounds presented.

Promoters Warren Smith and Gretchen Franz live in the Sacramento delta most of the year and are longtime partners in in Epiphany Artists, a veteran reggae record label and production company which presents the show. I caught Warren, who began his professional life as a finance guy but soon morphed into a music promoter, at his home office for a pre-festival chat. Much more information is on the festival website, including a schedule of all performances, artist biographies, lists of food and other vendors, and much more. Camping and hotels nearby are likely mostly sold out at this point, but people seem to find a way each year, and are glad they did. It looks to be hot in the day and cool at night, so, just like in San Francisco all year 'round, wear layers.

How many years has the festival been in Boonville now?

Warren Smith: Oh gosh, ironically I might be the worst person to ask - I think seven or eight years now. But I do know this year is our 20th since starting, and we're so grateful for that, even with all the struggles we've had.

This is your third venue - you started up in Marysville, then to Angels Camp for four years, both up in the Sierra Nevada foothills and thus the festival's name. Why did you leave there?

Well, we had problems with both local authorities and criminals, really. We had issues with both the fair manager and the sheriff in Angels Camp, but in Marysville we even got raided by Crips gangsters, and it terrified our staff, and vendors, and attendees, and we got the message we had to leave.

Your first year in Boonville was during one of the hottest heatwaves ever, and I think it was the second year when all the lightning-started fires made things so smoky people were wearing scarves on their faces and even leaving. That seemed a challenge.

Right. In Angels Camp we also had a bad heat spell our first year - in fact that has happened in all three venues and really hurt us - our 1st year in Boonville it was 107 or 108 degrees that weekend and people walked around with a mantra saying "I'll never do this again!" And we did feel it in following years with decreased attendance, even though the climate has been milder each year since. In fact, more recently it has gotten really chilly at night and that takes some people by surprise, especially after a hot day. But in more recent years we have recovered from those early trials and grown.

So in those early years it was difficult for you financially?

Oh, the first year was catastrophic that way - we had a total turnout of about 2,700, with security alone costing over $50,000, and there was that heat wave, and it was very demoralizing. But we came back and started to break even over the next few years. The past couple years it has kinda popped up, and finally we are doing OK. For years it was around 3,500 attendees but I think last year we sold out at 5,000 people for at least one day, for the first time. And I think this year that might well happen again, so for the first time we might actually be able to say we are "sold out."

These are complex and chaotic times in the music business, with digital downloads and record companies folding and artists struggling to find ways to make a living. Yet festivals seem to be thriving all over, even though it's a huge financial risk to put one on.

True. When we started there were only three like us, including Reggae on the River and High Sierra, and now there are hundreds! It's saturated, and many are really big. We are intentionally small, though, especially since we've been in Boonville. In Marysville and Angels Camp our capacity was 15,000 people, and we'd do 6,000-7,000. In those previous locales, it was easier to get there from Southern California, and we lost much of that crowd when we came here. Again, it's taken awhile to get back up to where it's sustainable, but we are there now. We've gotten great press in publications like the New York Times and online and are now seen as being in the league of the much bigger shows.

How would you characterize the music you seek to present?

Well, reggae, of course, but also the best from around the glob, both old and new. We have consciously tried to reach out to younger people now, while still preserving what is our original mission, which is highlighting roots music from Jamaica. We have to subsidize that a bit with some other, high-profile acts, with a necessary mix for our financial security.

In fact you're renowned for bringing both classic reggae artists who nobody else has, and new artists people have not seen yet. You once had legendary singer Junior Byles' only show ever, and last year, the only show in this country by great reggae poet Linton Kwesi Johnson. True aficionados will come to your festival just to see somebody like that.

Right, but again, we need to appeal to a broad audience as we have an expensive ticket in hard times, and we have a lot of hard-core expenses - just immigration and visa work for the artists takes so much time and money to deal with. I spend all my time at home up in the delta right up to the show just trying to make sure everybody gets into the country and then to the show! But it's worth it, and one of the nice things about being more successful now is that I get invited to music conferences in places like Australia, Korea, and Europe where I am really on the lookout for great newer groups that might work. This year we've got three of them that are for the most part unknown in America. Windy City from Seoul, Korea has such magic and will travel so far that we want everybody to see and hear them, so we're putting them on twice! They're a phenomenal act, I'd say something between Augustus Pablo and Midnite, their favorite band. Danakil is a huge band in France who headline festivals there and asked us to play and we said "sure!" They are a French/African reggae band with a great singer and this will be their first appearance here. The third is Hollie Cook, an amazing singer from England whose father is Paul Cook from the Sex Pistols and mother was in Culture Club - Boy George is her godfather. Her record is old-style reggae and just great, produced with Prince Fatty, who will also be performing.

Speaking of old school, how do you find somebody like Keith and Tex, veteran Jamaican singers who have never been here and whose songs date from the 1960s, even appearing on the landmark soundtrack to the film The Harder They Come, which launched Jimmy Cliff's international career in 1972?

I found them thru Junior, our MC, and they live in this country so that wasn't too hard and is very exciting.

And this will be a first for 1970s roots artist Max Romeo too?

On this coast, yes - I did see and work with him a bit back in the 1970s on the east coast. At a festival in Europe with 30,000 people this year, Max came on and just overwhelmed people with his great songs and sound. We just had to try to get him here.

You've got the Marley boys too - that ought to bring a crowd.

Yes. This is the first time we've had any Marley, and for our 20th year that felt natural. Damian Marley has some great new material, and Stephen as well. They'll headline Saturday night; with Soja doing that on Friday night, for our fourth time I think - they're probably the biggest pop-reggae act in American right now. We got Groundation via our French connection this year, as they are very big there - even though they are based out of Sonoma County. The whole band started out of a class at Sonoma State! We've got The Green out of Hawaii, and more roots with Ras Michael, Sister Carol, Mystic Roots from Chico, Marcia Griffiths, who as you know was also with Bob Marley as part of his backing singers the I-Threes, Errol Dunkley for the first time, U-Roy, Cornell Campbell, and in the dancehall, Jah Shaka again, Downbeat the Ruler the original Studio One deejay, and Gaudi from Europe for the first time, who travels the world and looks like a crazy scientist. Protoje and The Indiggnation from Jamaica is part of this new wave of roots music from Jamaica that is so encouraging, coming out of the ashes of the hardcore dancehall scene there. And I have to mention Leroy Sibbles, and original Studio One bassist and singer for the Heptones, an all-time favorite who was so happy to be invited for our 20th year. And much more. We really recommend trying to plan what to catch, and pace yourself.

I always wind up running back and forth between the two stages, tempted by all the food vendors on both sides while trying to catch at least part of all I want to see and hear...

Yes, it's kind like being overloaded with classes in college or something - you just have to go ahead and do it!

There will be some great African acts too, and closing the whole weekend is Alpha Blondy, a veteran African reggae superstar from the Ivory Coast...

Yeah, where did that come from? He's not been here in a long time and should be a perfect finale. In fact, that will be our "French" night, as we've got some desert blues from Bombino, a guitarist who was born a nomadic Tuareg in Niger, North Africa, has an amazing life story you can read on our website, with a truly great new album. Fatoumata Diawara from Mali is just fantastic too and we are looking forward to hearing her. That night is going to be a lot of fun.

And as for fun, you'll have the usual kids' entertainment and vendors and good food and all that?

Oh yeah, and in fact we've stepped it up a bit. We'll have the Giant Puppets back for the first time in many years, so look for them - but they're kind of hard to miss!