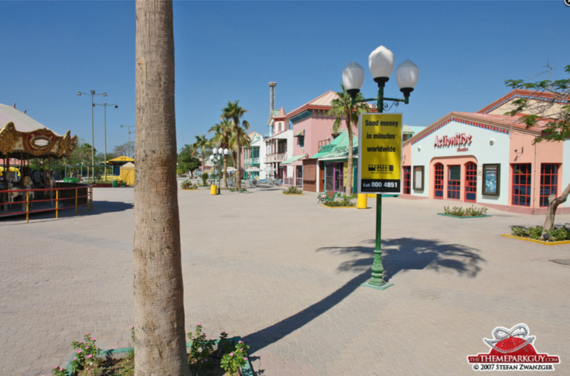 Everyone is always concerned about the most thrilling amusement parks, the most beautiful, or the most cutting-edge. No one ever gives thought to the most crowded (that is, until they are already there, standing in line for hours). Pushing and shoving through congested streets, slowly weaving through endless queue lines and even waiting just to use the restroom surely ruins any hopes of a good day at theme parks.

Take it from Stefan Zwanzger, founder of the Theme Park Guy -- an elaborate website that details his travels to worldwide theme parks--that empty parks are the place to be. Here he advised us on 8 of the world's emptiest theme parks. 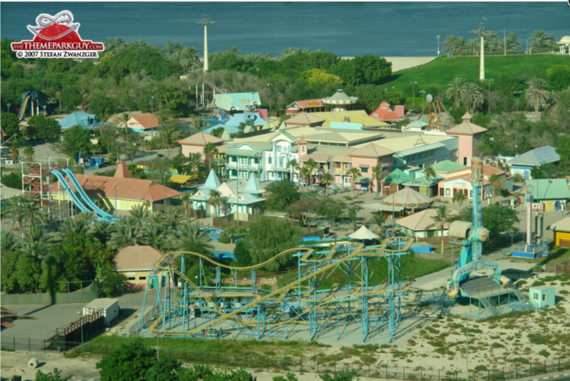 Five giant theme parks are currently under construction in Dubai as the government and investors alike attempt to make Dubai a theme park hub. Despite this drive, Wonderland--which was opened in 1996--remains a deserted ghost town. The large parking lot is always empty save for the five or ten employee cars; inside the park, these bored employees will literally walk right behind you, asking what ride they should open next.

In spite of poor crowd attendance, Wonderland is open every day of the year, and is actually composed of two parks: their main one, and a water park named Splash Land. The 22-acres are mostly filled with water rides, boasting a log flume, bumper boats, and several water slides. There are also classic amusement rides for all your entertainment needs, including a carousel, a roller coaster, and go-karts. Stefan noted his favorite attraction in the park was a small haunted house with a picture of the Mona Lisa inside--be sure to wait in front of the painting, and you will surely be amazed. 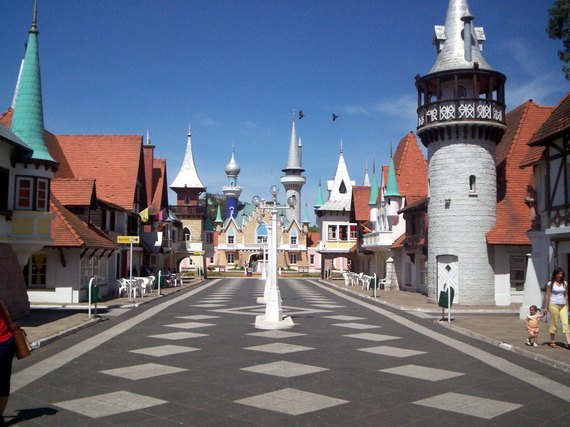 Translated in English as "City of the Children", Republica de los Ninos is allegedly the inspiration for Walt Disney's famous theme parks. Opened in 1951, Disney reportedly visited a year prior and the dream for Disneyland was born. Despite being Disney's muse, the park lacks many of the essentials in Disney--including the noisy crowds.

Beyond Disneyland's staggering resemblance to this park's entrance, Republica de los Ninos is unique from many theme parks in that there are no rides. Rather, the park is structured like a tiny city with the feel of Disney's Main Street, USA. Complete with beautifully constructed buildings housing a government, a church, theaters, and other accommodations, this quiet children's park essentially highlights the foundation of theme parks as we know them today. 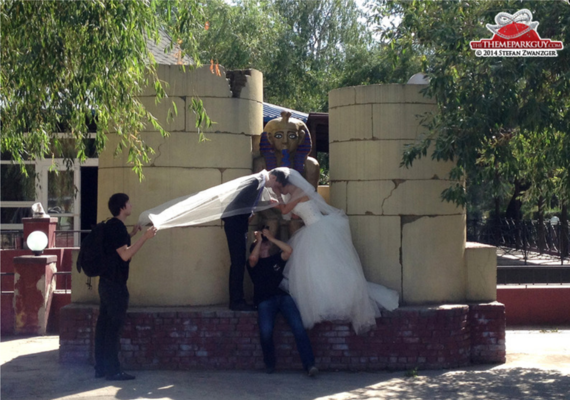 From the unkempt growth to the deteriorating rides, Flamingo World appears to have been abandoned years ago. And yet, there are still employees and visitors that fill the passageways. Housed on a very small piece of land, Flamingo World is no longer visited for thrills or amusement. Instead, dozens of newlyweds can be seen strolling through the park, taking photos against the oddly picturesque backdrop.

While this may be a theme park that has long lost its theme, if you're a newly engaged theme-park lover, Flamingo World is a quaint, peaceful area to take those wedding album photos. 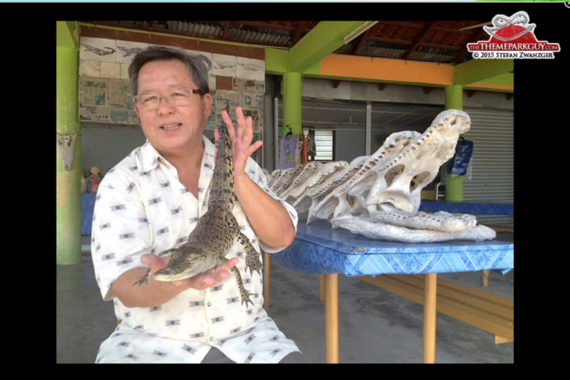 Run by a cordial Chinese man, this park may seem like more of a zoo than a theme park, but the attractions here certainly give it a deserved theme. Highlights include feeding massive crocodiles and taking pictures with tiny newborns. Though it is an unknown gem, the great glory in this park is its solitude. Walking along the quiet walkways crossing through expansive croc pools, you can view over 1,000 crocodiles in this park--many of them full-grown--giving the feeling of actually being out in a jungle. 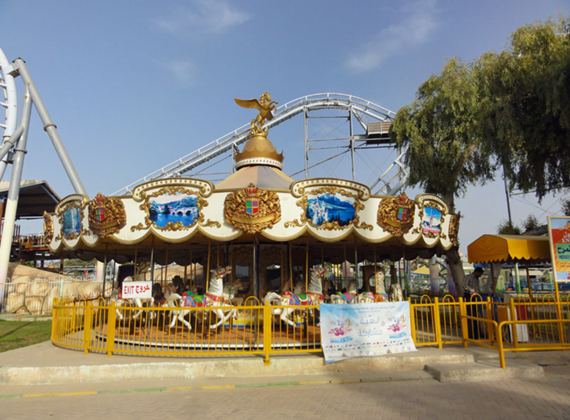 Leisure Park is a fitting name for the amusements here. Vastly different than the high-tech theme parks many of us are accustomed to, Leisure Park's attractions consist of bungee jumping, pony rides and a roller skating rink. Leisure indeed. Of course, speckled between many of the humdrum rides are some higher-grade roller coasters and a haunted house.

If you are truly looking for a leisurely entertainment experience without many expectations--and one where employees outnumber visitors--Leisure Park will deliver. 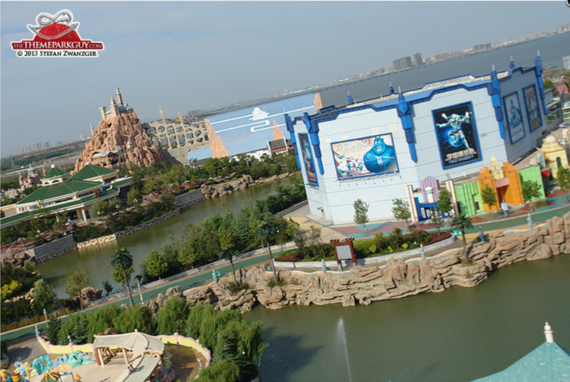 While it may not be as renowned as Disney or as visited as Universal, Fantawild boasts imported rides and entertainment of its own. Rides include Sky Sailor--a top-ranking machine that simulates flying--and Space Scheduled Flight--a space simulator. There are soaring roller coasters and plenty of smaller attractions to entertain all ages. Plus, with dozens of whimsical buildings and architectural feats, there are ample spots for family pictures. 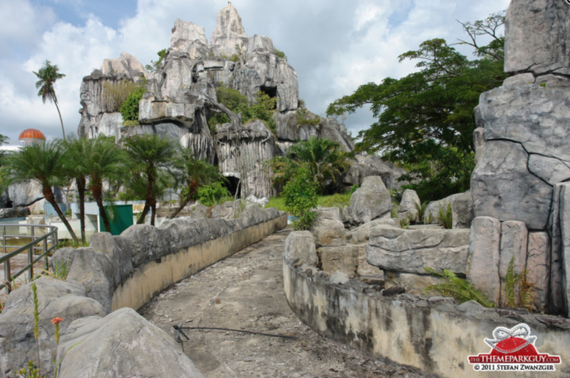 First opened in 1994, Jerudong Park was funded by Jefri Bolkiah--a member of the Brunei Royal Family--with a whopping one billion dollar investment. One of the only modern amusement parks in the area at the time, Jerudong drew large crowds to its incredible roller coasters, dark rides, and notable shows performed by Michael Jackson and Whitney Houston. Jerudong was mostly known, however, for free admission into the park.

This miscalculated monetary misstep eventually forced the park to sell many of its prized attractions. Today, there are only ten miserable rides--including a merry-go-round and bumper cars--still in operation. Rumors and plans to revitalize Jerudong continue to circulate, but for now the park is quiet save for the routine rides still slowly churning. In spite of the dormancy, seeing the skeleton of a once mighty amusement park is certainly something to see. 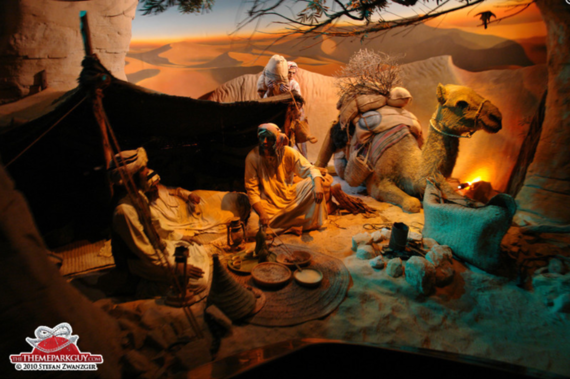 Khalifa Park is not advertised as being a theme park, but rather simply a public park. With an impressive array of sparkling fountains and charming gardens, the advertising seems fitting. At the end of desolate paths that wind through the park sits an unexpected museum and aquarium.

Inside the rather unimpressive exterior of the 'museum', however, is a sophisticated amusement ride that, through suspended ride vehicles and narration, leads guests through the historical discovery of oil in the Arab peninsula and its impact. Though not a great theme park by our standards, Khalifa Park's very poorly advertised dark ride is highly exceptional and worth a visit (especially since the cost is just under a dollar).

And if you ever get tired of visiting empty, lonely parks, know that you can always visit Caribbean Bay in South Korea... 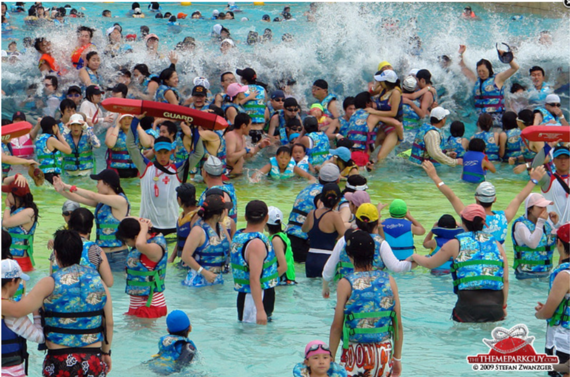