Following the Argentine War for Independence, the nascent state, with its capital of Buenos Aires, made a plan to create an opulent new cemetery to house the wealthy elites after they passed on. Over the grounds of a disbanded monastery, the Order of the Recoletos, the city created Cementerio del Norte in 1822, which would later become the world famous La Recoleta Cemetery.

Few topics have the power to capture the imagination with such awe and fear as the idea of death, the concept of the afterlife, and the existence of las fantasmas. I took these photos a few days ago in broad daylight, a picturesque (no pun intended) balmy summer day in Cementerio de la Recoleta with no preplanned agenda, or preconceived notions of what I'd find. These images have not in any way been edited in post-production, they were taken straight from my camera's memory card, cropped, and presented here. You can make your own judgments about what you see: 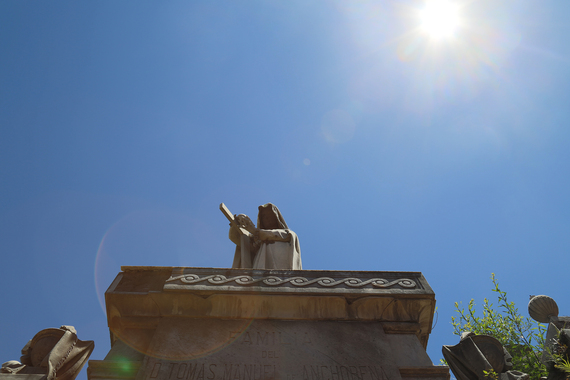 It seems easy to frighten oneself in the dark of night, but it takes a unique locale to stir fear in broad daylight. Despite our evolved sensibilities, humans are still, at our very core, programmed for self-preservation. Fear is supposed to help keep us out of danger and out of trouble, to help keep us alive. 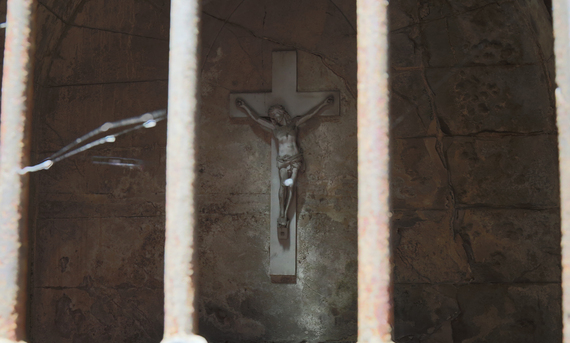 A majority of us turn to religion for the answers to things we can't understand. We seek consolation in the mythology of our past: its stories, morals, and parables. 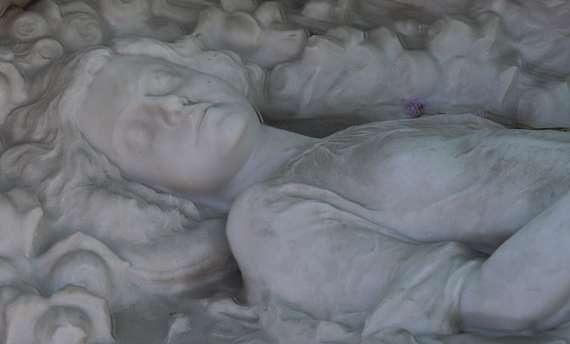 We feel a need to immortalize our loved ones in materials that last longer than flesh. But even these can fade over time, reminding us that nothing truly lasts forever. 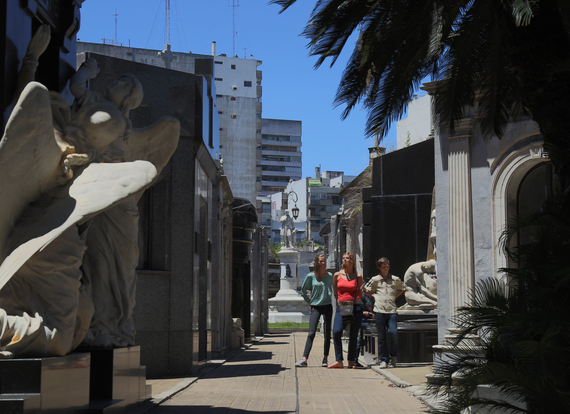 Of the various ghost stories floating around La Recoleta, none is more popular than the horrible misfortune of Rufina Cambaceres. When her family discovered her lifeless body on her 19th birthday in 1902 they were devastated. She was laid to rest in La Recoleta where the true nightmare began: she woke up!

Scratching and clawing inside her tomb for days, she was discovered too late by the groundskeeper who'd noticed her coffin was out of place. The cemetery staff discovered her tortured body having endured a living entombment. Rufina had died twice. 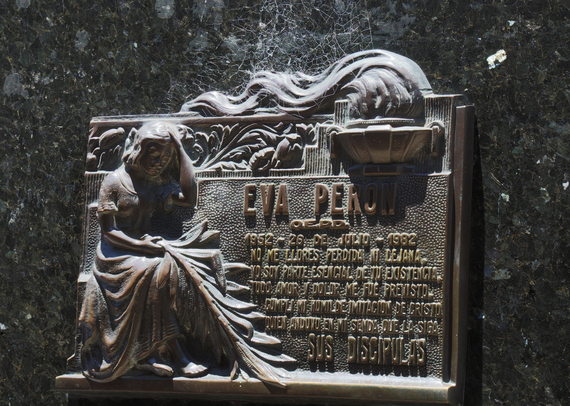 After undergoing an emergency hysterectomy, a partial lobotomy, and chemotherapy (the first in Argentina), she succumbed to cervical cancer in 1952 and sent her nation into a mourning the likes of which have rarely been seen.

Her embalmed corpse then began a unpredictably strange journey, first being displayed in her former office for two years, before a military coup deposed her husband and left her remains to the whims of a new government. The body disappeared from the world for 16 years, before it was revealed that she'd been secretly buried in Milan, Italy. Her damaged corpse, exhumed in 1971, flew to Spain where it spent a few years in Juan Peron's dining room. Juan and his third wife Isabel returned to Argentina to become President (again) and Vice President, respectively. Eva's body stayed behind in Spain until Jaun died in office in 1974, when Isabel Peron, the new president, had her flown back to Argentina to be with her dead husband. Only then did the Argentine government finally place her in La Recoleta, a full 22 years after her passing. 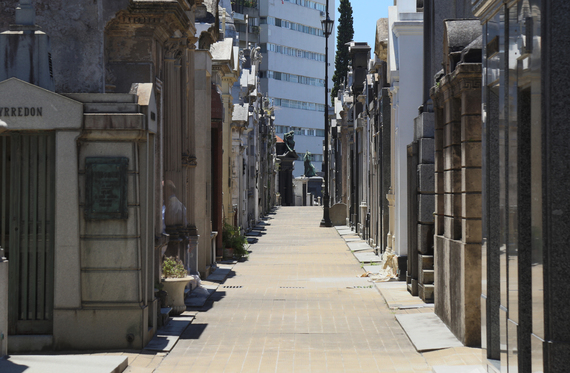 Using a map to navigate the cemetery is a form of cheating. Getting lost shuffling in and out of the rows and alleyways of mausoleums is part of the fun. Just be aware that even in the most heavily visited days, the dead far outnumber the living. 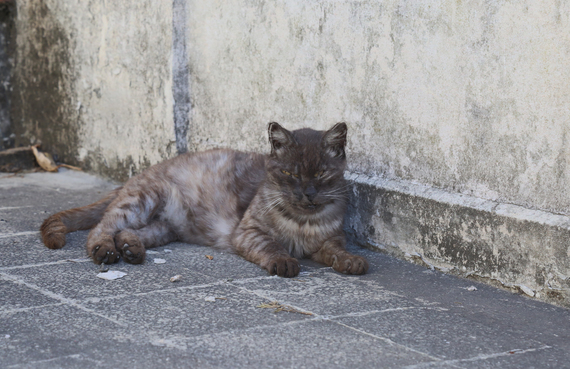 A group of cautious cats call La Recoleta their home. If you are very careful they will let you pet them. 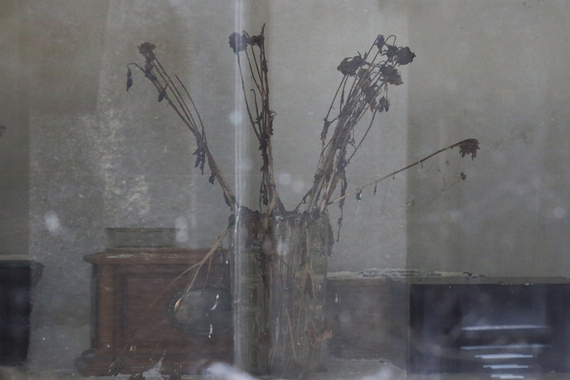 The bringing of flowers, lovingly placed in the crypts, is common practice. Certain mausoleums are meticulously tended on a regular basis, while others slide into neglect. 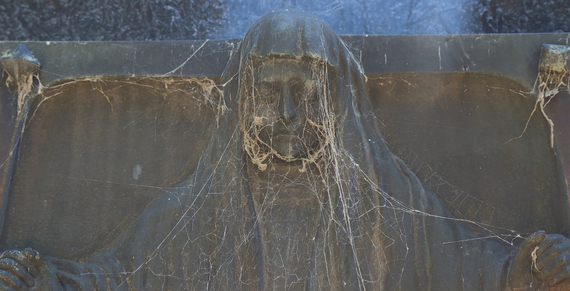 The wizards of movie magic couldn't generate some of the scenes La Recoleta's spiders managed to in just a matter of months... 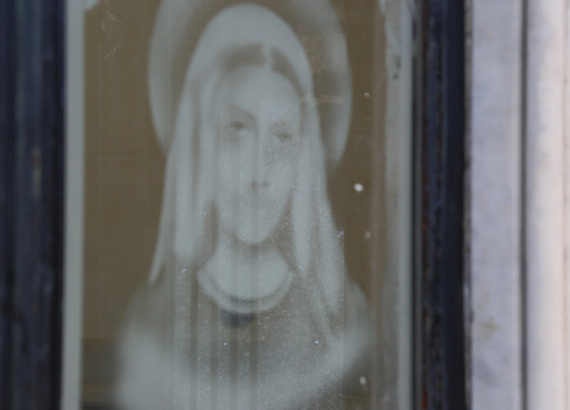 Sometimes religion can be a little freaky... you know what I mean? 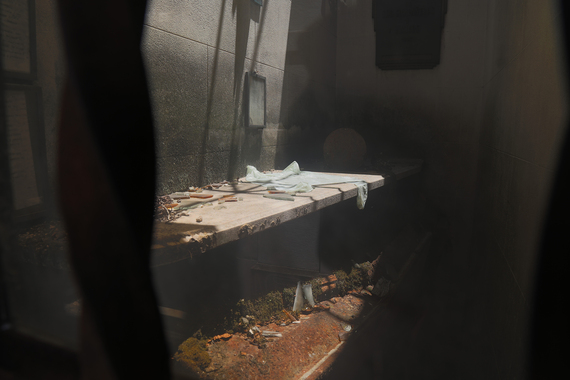 You can peer inside almost every crypt to glimpse those that are maintained and those that have fallen into disrepair. The chaos in some, looks almost purposeful. 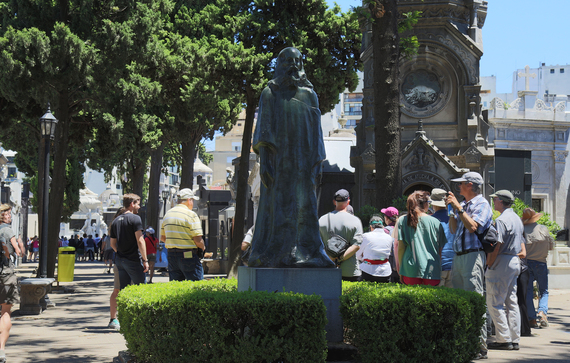 At 11 on Tuesdays and Thursdays the cemetery provides free English tours for those delving deep into the history (of the location and its unique inhabitants). 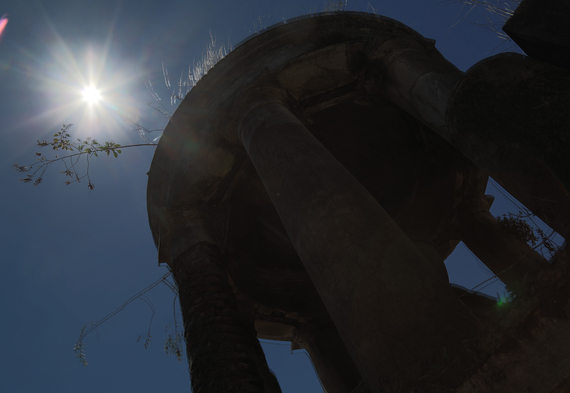 Crypts above the ground adjoining reinforced underground tombs was the choice of French engineer, Próspero Catelin, who feared the marshy site would send corpses buried in the traditional in-earth style back to the surface during plentiful rains. 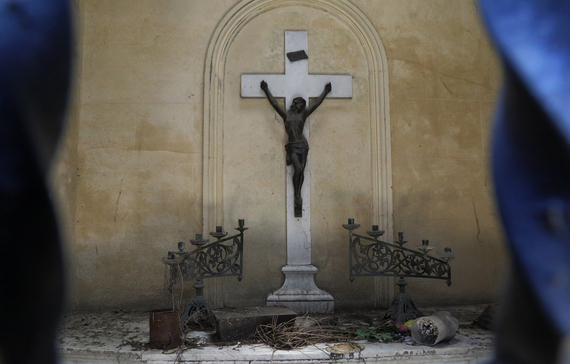 No matter what your beliefs, a visit to La Recoleta is worth the possible exposure to ill-tempered spirits. Remember to bring your camera, and an open mind!