While deserts often evoke an image of arid and inhospitable landscapes, they also hold an undeniably special place in our imaginations. The combination of solitude, silence, shifting sands and surreal shapes has given deserts a mysterious charm that beckons travelers like a mirage to head out and explore these vast and oftentimes stunning expanses of our planet.

To find the world's most incredible deserts, we've gone through the experiences and recommendations of thousands of travelers on minube to find the most otherworldly and captivating stretches of sand our planet has to offer. From the bubbling basins of Ethiopia to the monumental landscapes of the American southwest, here are the world's most awe-inspiring desert destinations. 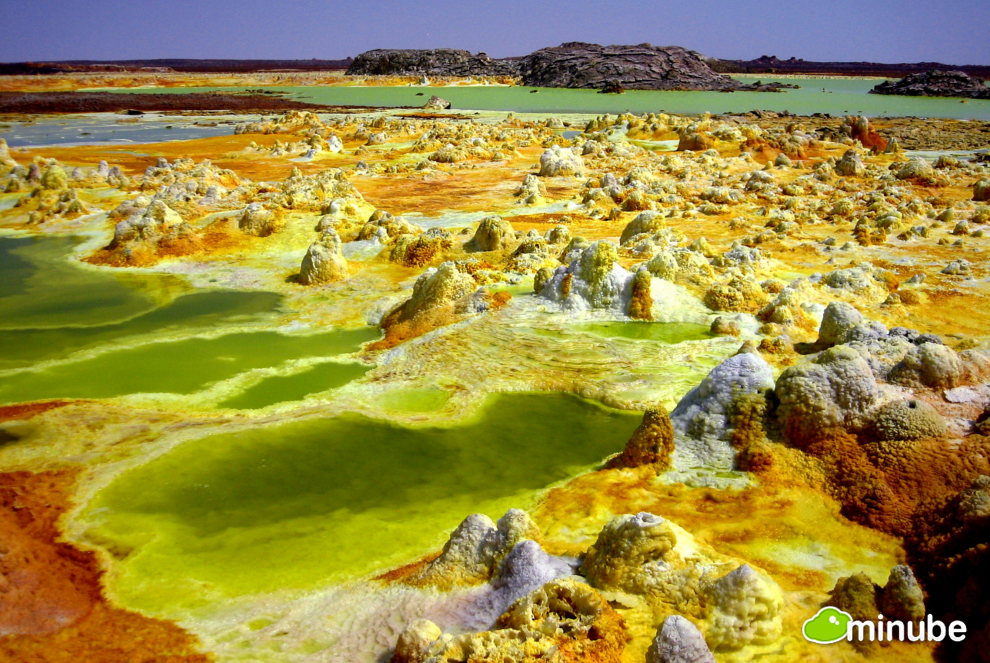 Dallol, Ethiopia - Dallol, Ethiopia is located in the Danakil Depression, known for being one of the hottest, driest, and, at 410ft. below sea level, lowest places on Earth. It's also one of the most bizarre desert landscapes found anywhere; it has endless salt flats, sulfur lakes in fluorescent green and yellow, about 30 percent of Africa's active volcanoes, steaming geysers, and is home to the nomadic Afar culture. While it's not the easiest place in the world to reach, adventurous travelers will certainly be rewarded with an experience unlike any other on Earth. (Photo by Olga Tebé) 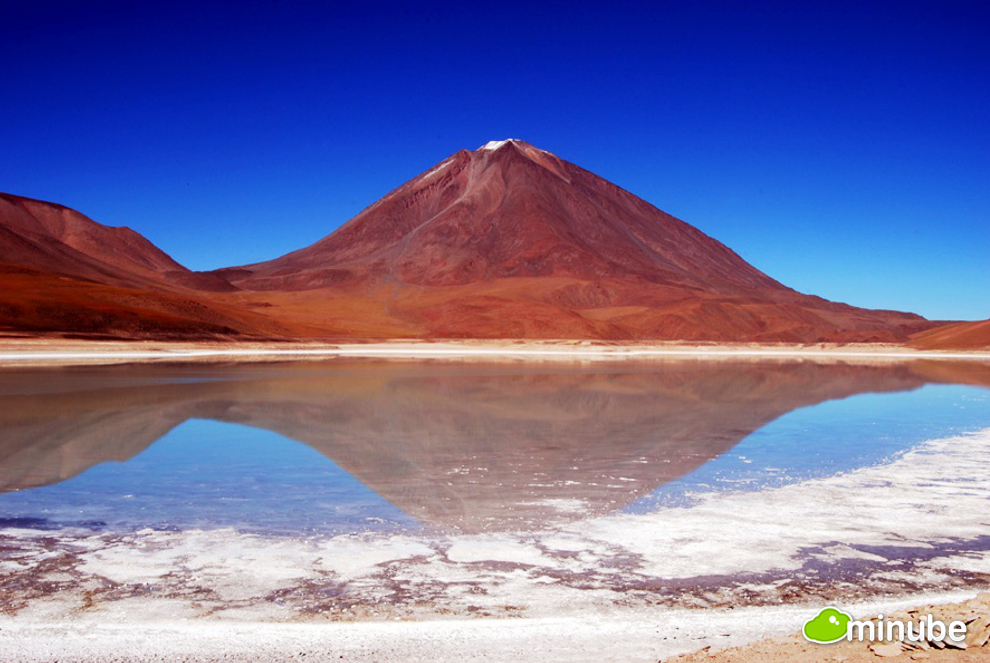 Salvador Dali Desert, Bolivia - This is a place that definitely lives up to its name. Bolivia's Salvador Dali Desert, named so for its resemblance to the surrealist master's famous landscapes, is an otherworldly stretch of rocky hills, sand dunes, colored lagoons and hot springs. As is the case with many of the world's most spectacular natural areas, it's very remote and only accessible on a multi-day trek with a four-wheel drive vehicle from the nearby town of Uyuni. (Photo by Serviajera) 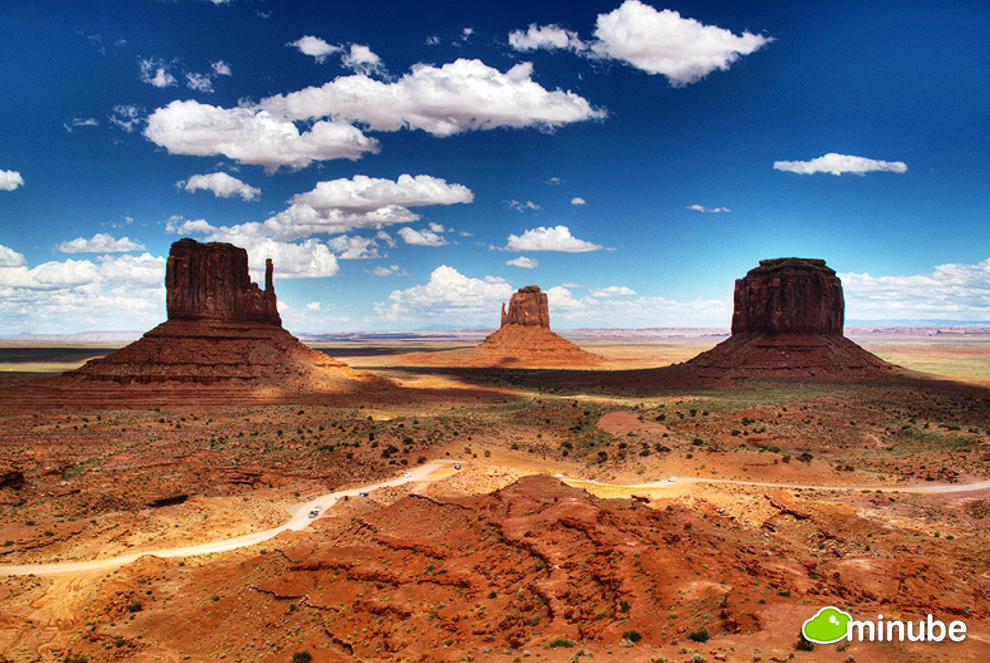 Monument Valley, USA - There are few places in the American West quite as iconic as Monument Valley along the Arizona-Utah border. Located on Navajo lands, Monument Valley has been declared to be a Tribal Park and visitors can explore the breathtaking terrain via a bumpy dirt road and, hopefully, a four-wheel drive vehicle. Most travelers agree, though, that hiring a local Navajo guide is the best option as they often show travelers sections of the park not usually open to the public. (Photo by Daniel Aguilar) 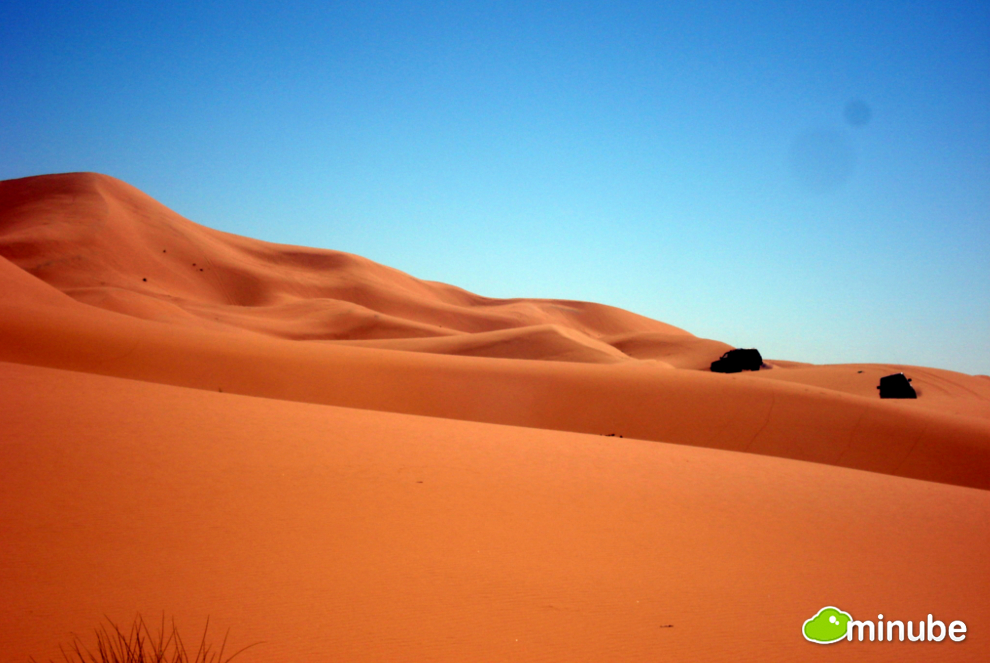 Erg Chebbi, Morocco - The Sahara, with its endless dunes and mysterious aura, is a place of legend, but intrepid explorers need go no farther than Erg Chebbi, Morocco to really experience the world's largest desert. Travelers should first head to Merzouga, a desert town that, for many, is the last place to stock up on supplies and find a good guide (winging it in the Sahara is not exactly recommended). Once there, though, make sure to camp out in the dunes over night to enjoy the spectacular sunrises, sunsets and an absolutely unbeatable night of stars and silence. (Photo by Jeep2002) 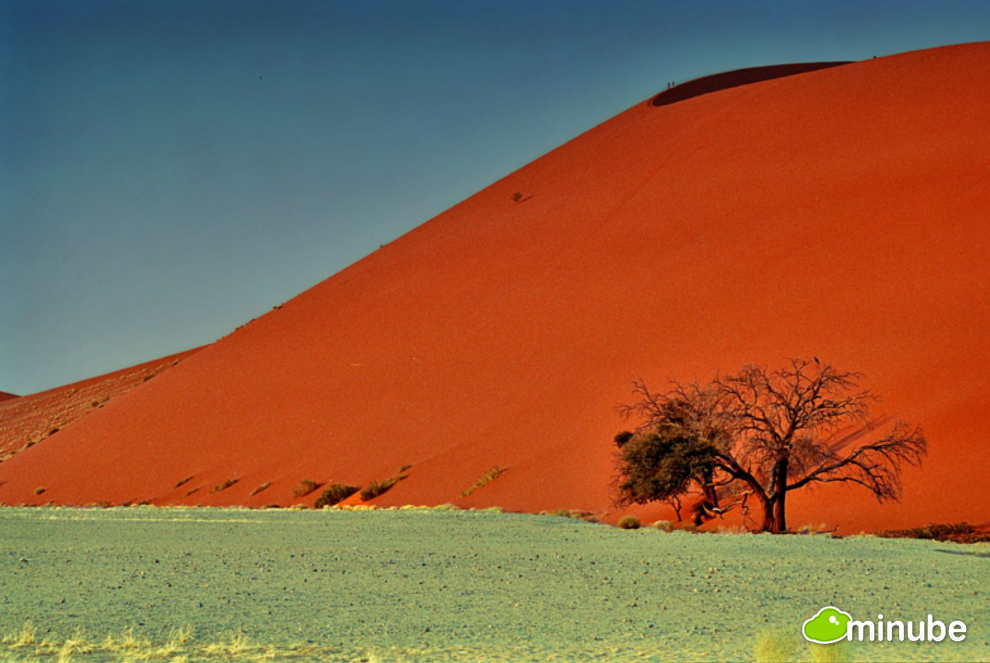 Namib Desert, Namibia - The Namib-Naukluft National Park is certainly an extraordinary place: it's one of the world's largest game reserves and home the famous and cinematic dunes of Sossusvlei. Most travelers are drawn by the massive rust-orange dunes, some of which, like Dune 45, reach over 500ft. high and are prime spots for aspiring photographers and sunrise-junkies. The park is also home to the ominously-named Skeleton Coast, an incredible and remote area of the Namib where the golden dunes meet the blue South Atlantic. (Photo by Alfonso N. Tappero) 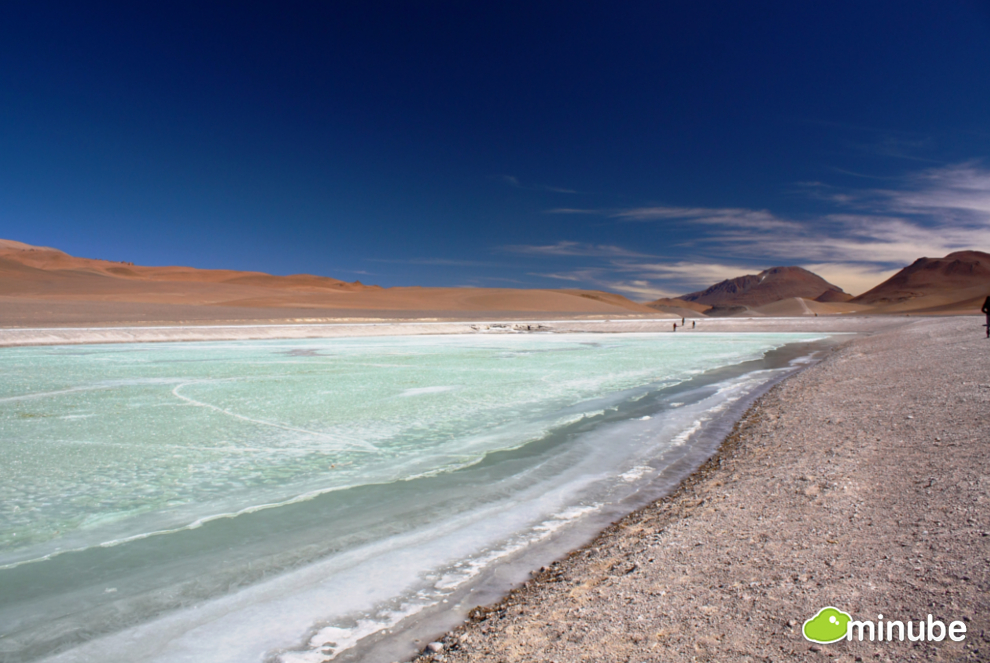 Atacama Desert, Chile - Chile's Atacama Desert is commonly known as the driest place on Earth and it's a rugged yet rewarding destination that offers travelers both thrilling adventures and peace and quiet amid its tranquil mountains, desolate plains and colorful, flamingo-filled salt lakes. Travelers usually use the town of San Pedro de Atacama and its cluster of hostels as a launching point to make SUV excursions into the arid expanse to explore the eerie rock formations, brightly colored lakes, and the aptly-named Valley of the Moon. (Photo by Laurent Thillaye)

Click here to see more photos of the Atacama Desert 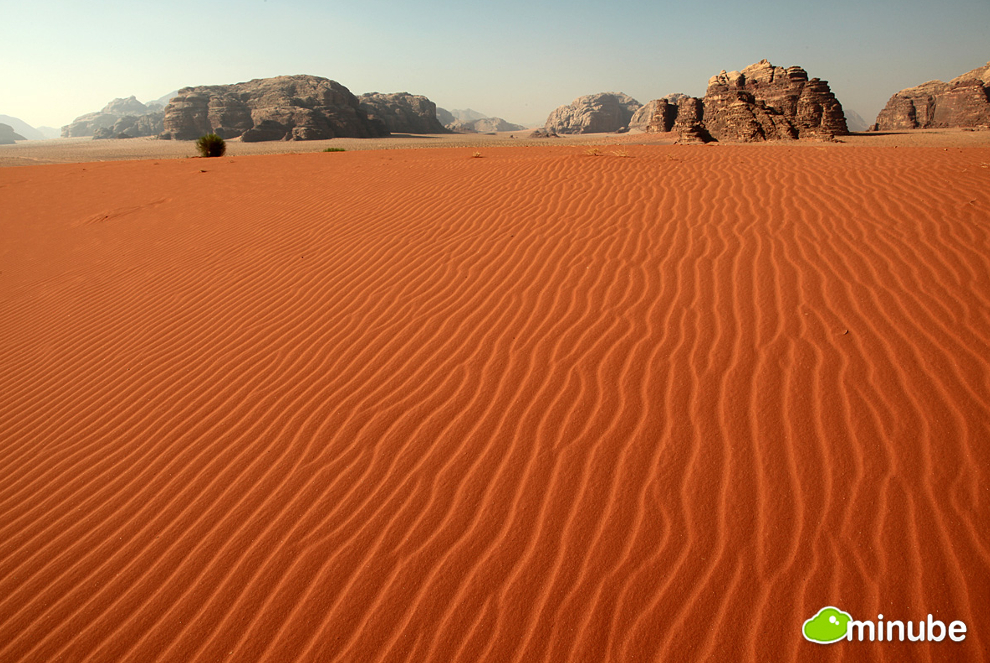 Wadi Rum, Jordan - Jordan's Wadi Rum desert is a spectacular sea of red sand and craggy mountains which, thanks to the popularity of Petra and a thriving eco-tourism scene, is more accessible than ever. While the Wadi Rum was once the stomping ground of Lawrence of Arabia, it is now a major attraction in Jordan due to the amount of activities it offers: everything from world-class rock climbing to ancient petroglyphs, or camping out in Bedouin fashion to see the sunset illuminate the red desert and enjoy a light pollution-free night of star-gazing. (Photo by Kostadin Atanasov) 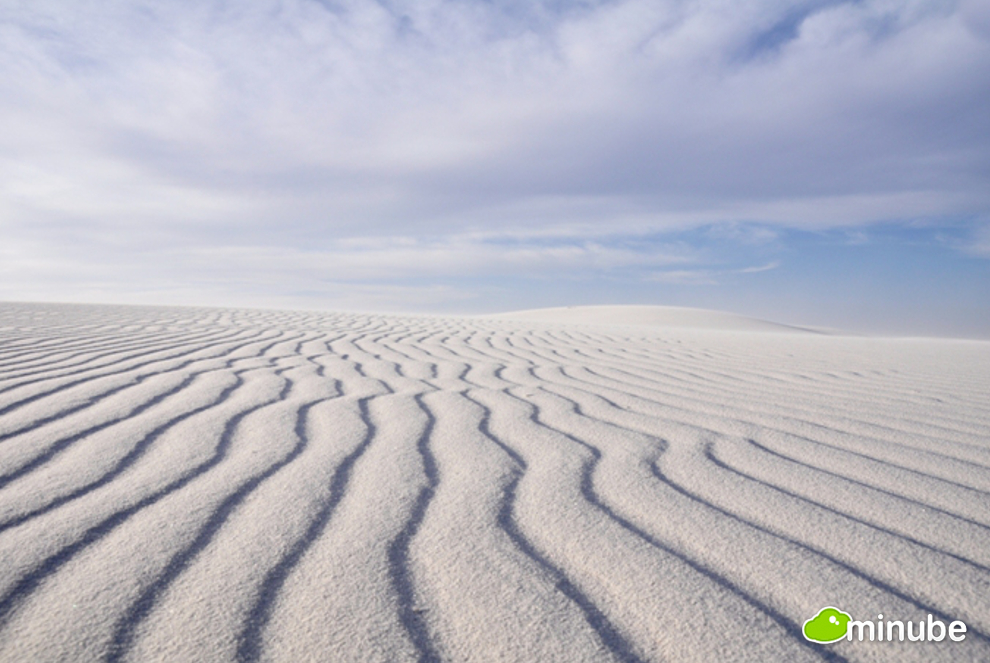 White Sands National Monument, USA - While many associate sand dunes with the dry expanses of the Sahara or Gobi deserts, the US has it's own dunes: the little-known Great Sand Dunes National Park, and New Mexico's dazzling White Sands National Monument. The latter is a basin of gypsum sands whose pristine white color makes it one of the world's most striking deserts. While the dunes are easily accessible by the general public, there are missile ranges in the area and the park can sometimes close during tests. (Photo by Navidad Castillo) 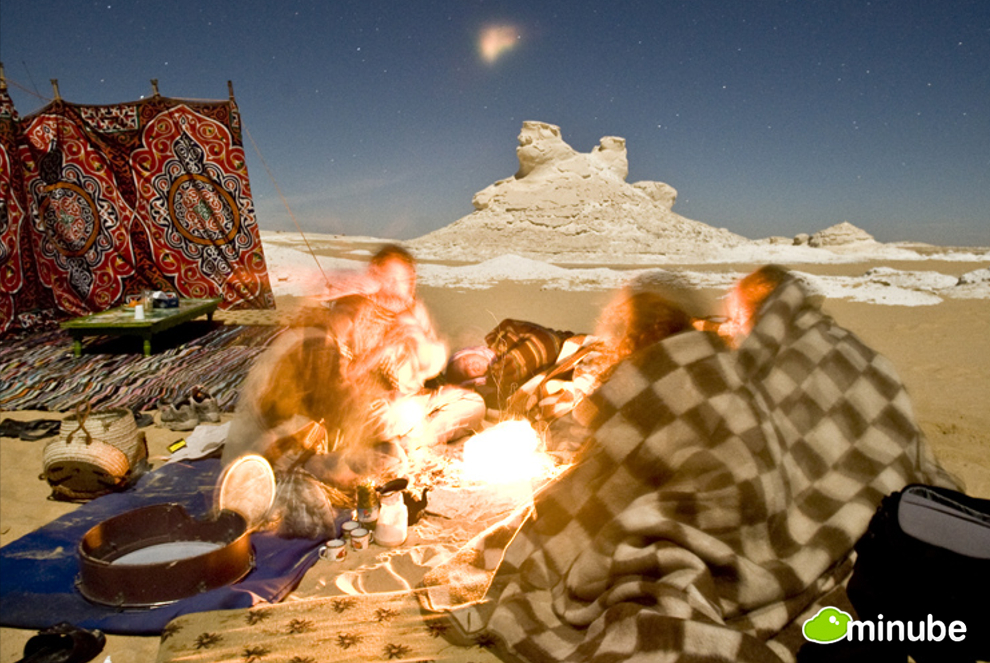 White Desert, Egypt - Another white desert on our list is located near the Bedouin town of Farafra in Western Egypt and looks like it was pulled straight from the pages of science fiction. The White Desert is covered with radiant white limestone that has been carved into bizarre mushroom-like shapes by centuries of wind and erosion. Most travelers opt for an overnight stay to enjoy a traditional Bedouin dinner and camping experience, as well as to see the unblemished night sky and the strange rock formations glow in the light of the campfire. (Photo by Leo Cediel) 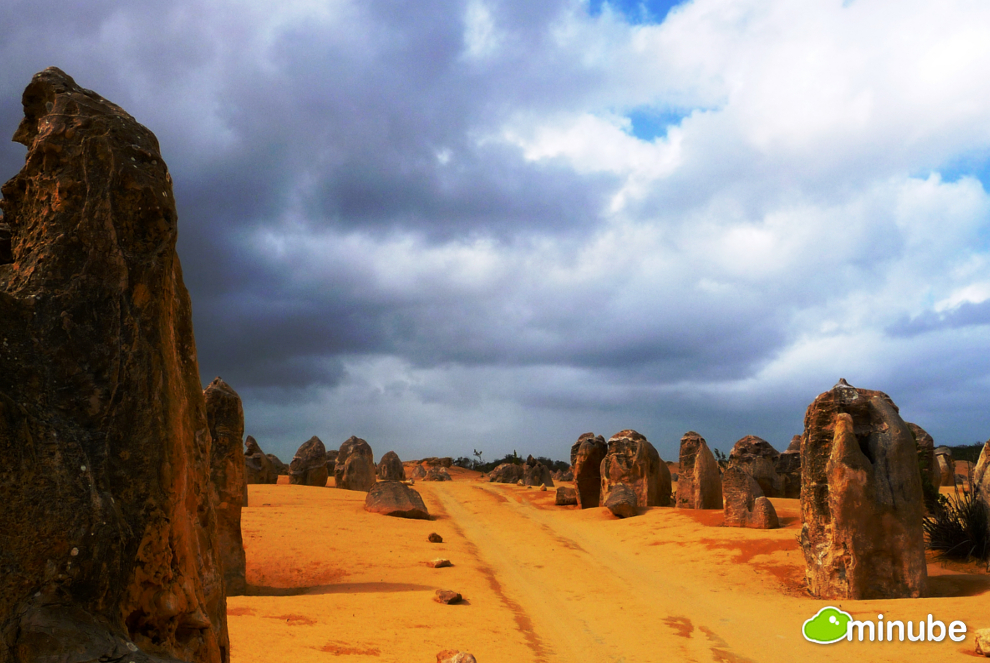 The Pinnacles, Australia - 30,000 years of constant erosion has left travelers down under with another of the world's most amazing desert landscapes: The Pinnacles of Namburg National Park in Western Australia. The Pinnacles is an area of wavy sand dunes that's dotted with mysterious limestone formations whose origin is still a topic of debate among scientists. One thing is for sure, though, the Pinnacles' ever-shifting colors and the area's distinctive wildlife make it a must-see stop for travelers, especially in September when the area's wildflowers come into bloom. (Photo by Marine)