On Wednesday, Thomas Frey, executive director of the DaVinci Institute, serving also as the organization's Senior Futurist, announced what may be the world's most challenging competition, a contest that will involve sending a probe to the center of the earth.

The "Race to the Core" competition is being framed around an Olympic-style battle of the minds where individual countries will field teams to tackle the enormous problems associated with sending scientific probes 3,950 miles straight down to the center of the earth. 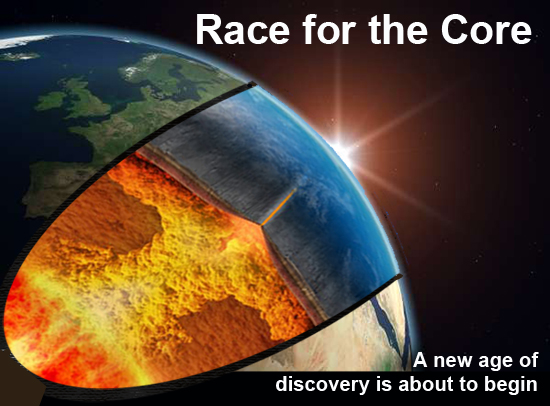 Yesterday, I met with Thomas at the DaVinci Institute offices in Louisville, CO and quizzed him on his plans.

Brett Greene: You have just made a very bold move in announcing a competition to send scientific probes to the center of the earth. Why have you chosen this as your goal, and why do you feel this is important?

Thomas Frey: I tend to look at it this way. The future is our greatest adversary. We are a very backward-looking society, and as such, we are continually blindsided by the future. Every time we experience an earthquake, volcano, or hurricane, we have very little understanding of why it happened or what may be done to prevent it. 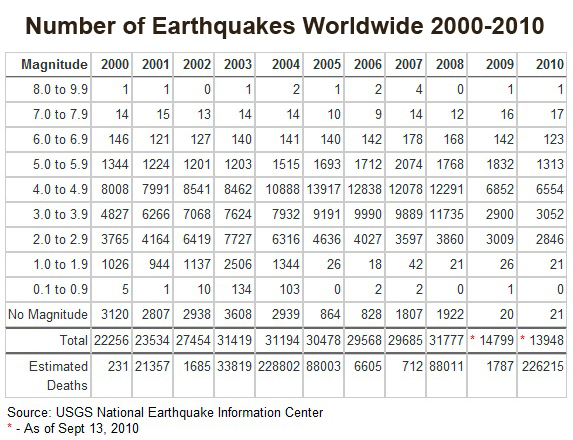 Why do we think we have no other options other than to play the role of victims? The knowledge we will gain from sending probes into the center of the earth will give us an understanding of the inner mechanisms of the earth that is far beyond anything we can contemplate today.

Information from this effort will enable us to create tools to mitigate the casualties and damage caused by a variety of natural phenomenon.

BG: Why hasn't anyone done this already? Can you give me some idea of the types of problems the teams will encounter?

TF: The biggest problem is that we don't know what's down there. Any type of boring device will likely encounter extreme temperatures, extreme materials, and extreme unknowns.

The probes will at times have to deal with intense pressures, molten rock, perhaps freezing temperatures, pools of water and other liquids, radiation, and maybe even undiscovered materials harder than anything we've ever seen on the surface. They may also discover highly valuable mineral deposits. I will venture to say that sending a probe to the center of the earth will be more difficult than putting a man on the moon or sending a spaceship to Mars.

In much the same way that the Hubble Space Telescope opened our eyes as to what all was happening in space, this competition will open our eyes about the inner workings of the earth. It will also challenge us. We are currently too obsessed with solving all of our backward looking problems.

BG: So why is solving problems a bad thing?

TF: Solving problems is fine, but it has gotten to the point of being a global obsession. We somehow have it in our heads that if we solve all of the problems, we can sit back and enjoy the easy life. But in reality we become lazy and complacent. And that's when we get flooded with even bigger problems.

I like to think of the future as a human-like entity. It enables me to describe it with human characteristics. So think of it this way. The future hates complacency, so much so that it has built-in self-sabotaging mechanisms to continually hold our feet to the fire. If we are not moving forward, we are moving backwards. There is no middle ground.

People are at their best when they are challenged. If we don't challenge ourselves, nature has a way of giving us challenges anyway. There is great value in our struggles and human nature has shown us that we only value the things we struggle to achieve. That's why lottery winners have such a messed up life, because they haven't achieved anything. But, going back to your question, we are currently out of balance between backward-looking problem-solving and forward-looking accomplishments.

Forward accomplishments help erase past problems. They solve problems in a different way.
We need more forward-looking accomplishments, so I've decided to propose a few of them, starting with this one.

BG: One of the key features in this competition is that you are only allowing countries to compete. Can you explain why you decided to take this approach?

TF: A few months ago I had a discussion with Dr. Dennis Bushnell, chief scientist at NASA about creating this competition. He liked the idea, but his first reaction was that it was far too difficult a task and no groups would have the resources to tackle something on this scale.

After thinking about this for a while, and discussing it with some of our advisors at the DaVinci Institute, I hit upon the idea of making it an Olympic-style country vs. country competition. There are several reasons why this makes sense.

First, the competition will require significant resources, so each country will have to make a serious commitment up front. This is a competition that will take many years to win, so they have to be in it for the long haul.

It becomes an issue of national pride to compete. Those willing to enter their best and brightest will be in the global spotlight. They will become national heroes, and in the event they win the competition, they will become some of the most notable people in all history. At the same time, there is a lot at stake. Not fielding a team means that no one will be talking about their country.

I should also mention that countries spend far too much time fighting with each other. Our greatest adversary is the future, not each other. That's where we should be focusing our attention.

BG: Are countries going to view this as a chance to beat the Americans?

TF: Some may view it that way, but I actually think the Russians probably have the edge going into this with their 22-year effort drilling into the Kola Peninsula, near Finland, an effort that started in 1970.

The Kola borehole was by far the deepest hole ever dug, but they only managed to achieve a depth of 7.6 miles before they ran into a viscous semi-fluid sub layer with temperatures reaching 356 degrees Fahrenheit. The knowledge they gained from that experience will probably give them a competitive edge in some respects. But I'm guessing many of the recent advances in technology will more or less level the playing field.

BG: How much infrastructure does the DaVinci Institute currently have in place to manage a competition of this size and scope?

TF: The DaVinci Institute is a relatively small non-profit organization, and we currently do not have the staff or resources to manage this type of competition just yet. Step one was to announce the competition and start a global conversation, and we are doing that.

As countries begin to wrap their collective minds around whether to field a team or not, we will be creating the infrastructure and resources to manage it. Our offices happen to be located next to Boulder, Colorado, what famed author Richard Florida has dubbed the "brainiest city" in the U.S. and home to the University of Colorado, and several national laboratories such as NCAR (National Center of Atmospheric Research) and NIST (National Institute of Standards & Technology). So there is plenty of talent in the area to draw from.

In addition, this is the type of project that will attract "aspiring stars," so we may have the ability to field a dream team of highly talented individuals who are naturally drawn to it.

BG: You mentioned in your write-up that you will be announcing seven more competition on this scale over the coming year. What is the significance of eight, and can you give us a clue as to what some of the other challenges will be?

Beyond that, eight is the first cubed prime number. It's also one of the Fibonacci numbers (...3, 5, 8, 13...). In the future I will be talking more about a concept I've been working on called the Octagonist, an eight dimensional symbol for the engine that will help drive humanity into the future. But, I'll leave that discussion for another time.

As to the other seven major challenges, you'll just have to wait. I have them roughed out, but they still need work before I can discuss them in detail.

Readers can find out more about the Race to The Core competition on the Futurist Speaker website.