So there are a lot of really incredible bridges out there. Seriously, a lot. How do we know this? Because we scaled new heights in the world -- or world wide web, whatever -- to locate the most staggering ones out there. Suspension bridges that rival that one from Shrek. Foot bridges that sway over foggy-bottomed ravines. One that's literally alive. These are 13 spans that will make you gasp on your way to whatever's on the other side.

More: All 50 States, Ranked by Their Beauty 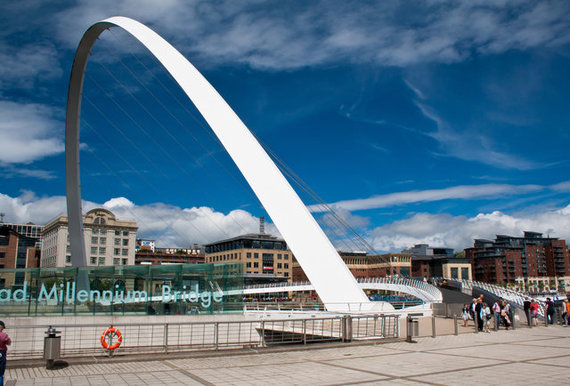 Gateshead Millennium Bridge
England
Spoiler alert: this is maybe the coolest bridge on the list. And not just because it's known in some circles as the "Blinking Eye Bridge" or "Winking Eye Bridge," but its crescent shape and tilted movement make this bridge over the River Tyne in Newcastle actually look like it's winking at you. 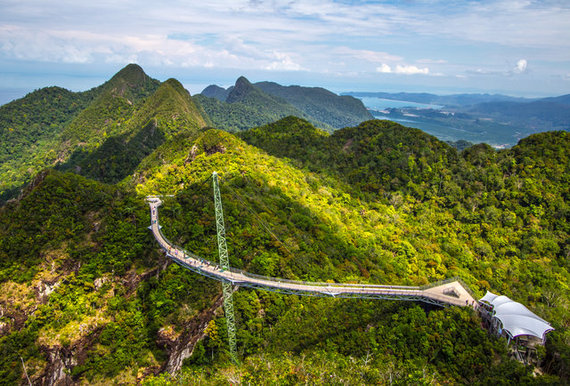 Langkawi Sky Bridge
Malaysia
If bridges ever enter your fantasy dreams -- and we're not here to judge -- it's possible they look a lot like this one. The cable-suspended bridge is thousands of feet above sea level, can only be accessed on foot, and both stunningly and terrifyingly winds through a rainforest in Malaysia. 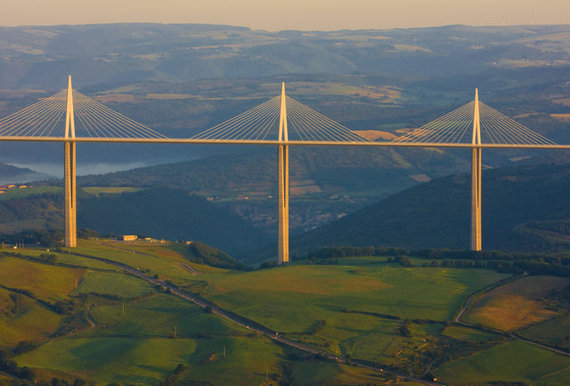 The Millau Viaduct
France
[In a Michael Buffer voice]: In this corner, weighing in at $400 million in just construction costs, we have the tallest and longest bridge in the entiiiiiire woooooorld. Spanning the Tarn valley in Southern France, its peak height is nearly 1,200ft above the valley floor. 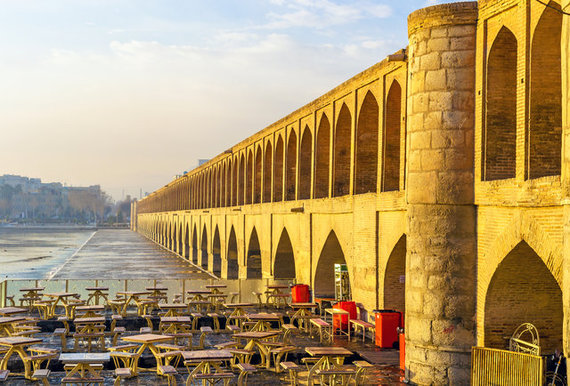 Allāhverdi Khan Bridge (Si-o-seh pol)
Iran
A double-decker in the house! Its somewhat-hard-to-pronounce name means "33 Bridge," because that's how many arches it has -- that all, by the way, were built in the 1600s. 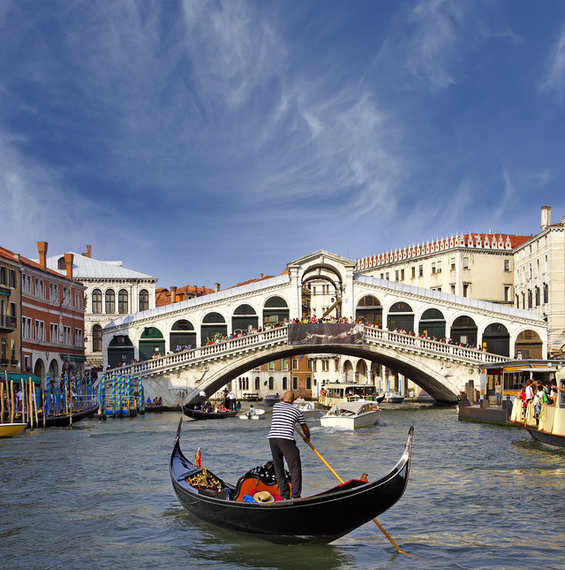 Rialto Bridge
Venice
Yes, this bridge may be mainstream, but dammit it just felt wrong not including it. First of all, its breathtaking architecture has held up since 1588 when it was built, and it's dubbed "the heart of Venice." It was also the only way to walk across the Grand Canal for nearly half a century. And most importantly, its compact size makes it fit an Instagram frame like a damn glove. 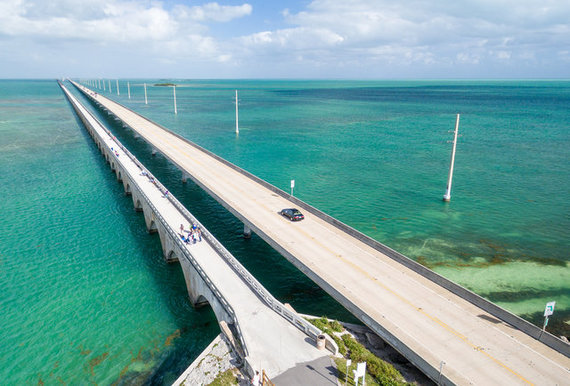 Seven Mile Bridge
Florida Keys
As a Florida native, I was borderline giddy when this bridge received all the recent glorious TV recognition it deserved on Netflix's Bloodline. Seven miles doesn't seem like nearly enough when you're literally cruising on the crystal-clear waters to paradise.

To find out which 7 other bridges made our list, get the full story at Thrillist.com!

The Most Bizarre Buildings in America

The 15 American Bars With the Most Spectacular Views