Startling new figures were released by the UNHCR today -- 60 million people worldwide are now displaced from their homes - more than at any other point on record. Within that 60 million, Syria is the largest source country of refugees.

In fact, the UNHCR estimates globally one in every five displaced persons is a Syrian. That means 11.5 million Syrians have had to leave their homes.

People would read the headlines and the stories, reach deep into their pockets and give generously to help those in need. But for the Syrian crisis, this hasn't happened, at least not to the extent it's needed. And we all know why. 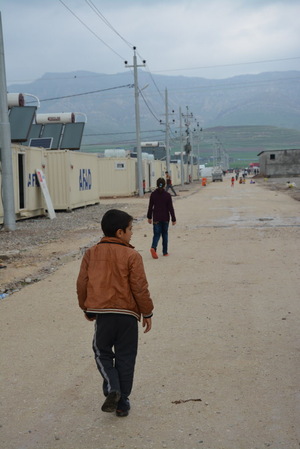 The Syrian crisis is man made. Fact: suffering caused by wars does not compel people to give the way suffering caused by natural disasters does. The Syrian civil war has now raged for over four years. In the lead up to World Refugee Day on June 20, almost four million Syrian refugees, the same population as Los Angeles, are far from home and wondering if they will ever return to the life they knew.

Now imagine you're this child's parent. That's a thousand nights of worrying how you'll keep your child safe, how you'll feed them and wondering when you can all go back home.

As World Vision's Syria Crisis Response Communications Director, the challenge for me is trying to shed new light on the devastating humanitarian impact of this crisis. It's not easy.

The world is fatigued by the overwhelming need and suffering that continues, with no end in sight. 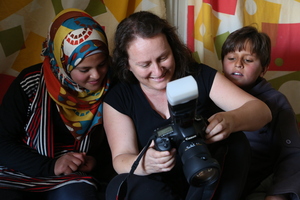 We've all heard the same kinds of stories told time and time again - families who have lost loved ones, people who fled the fighting for fear of their lives, refugees living in makeshift accommodation, children missing out on years of education, children forced to work or marry to help their families survive.

But is a child's suffering less great because it's caused by a war and not a natural disaster? Does a child feel less cold, less hungry, less scared?

I read a quote from a Syrian child recently that really stuck with me 'Can you put us on TV? Can you tell everyone? Maybe the world will help us." Rheem, 13.

World Vision is responding to the Syrian crisis in Jordan, the Kurdistan Region of Iraq, Lebanon and inside Syria. We have reached approximately 2 million refugees, internally displaced people and vulnerable host community members with assistance including food, water, sanitation, health, child-friendly spaces and remedial education. But the needs are enormous and continue to grow. Visit www.wvi.org/syria-crisis to find out more.