Emerging from the Pyramid Club scene in NYC in the early 80s, she has been called "the Queen Bee of Seattle Burlesque" by The Village Voice and named as one of the "Best Reasons to Live in Seattle" by Seattle Metropolitan Magazine. As a producer extraordinaire, she brought Joey Arias, John Kelly and Justin Vivian Bond to new audiences and helped discover and nurture many great talents in the cabaret, drag and burlesque worlds. As a performer she shared stage with RuPaul, John Sex, Joey Arias, Steve Buscemi, Lypsinka and Lady Bunny. For many years the burlesque world has known her as Paula the Swedish Housewife, but she has recently rebranded herself as Paula Now. And though her name may be different, one will still find the same quality in her shows -- sublime yet raw in the best rock 'n' roll kind of way.

I sat down with Paula Now to talk about her upcoming show The House of Thee Unholy which sets epic, Vegas-scale burlesque acts by some of the best (Miss Indigo Blue, Lily Verlaine, Waxie Moon, Inga Ingenue, Paris Original) to electrifying rock covers by a live band that includes Genius award winner, Sarah Rudinoff. To make things even more interesting, each act is a famous album cover come to life. 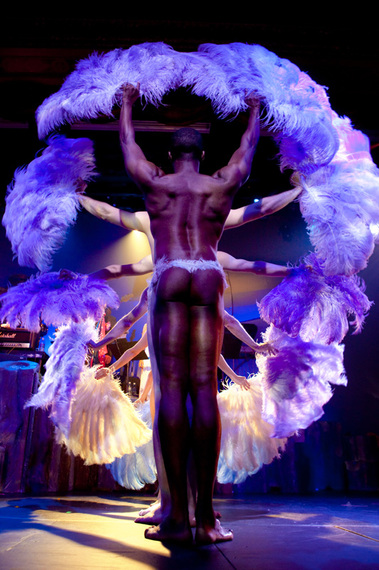 WH: While so much burlesque draws on 30s, 40s or 50s, House of Thee UnHoly seems to be largely inspired by a different era in music and entertainment, can you talk about that?

Paula Now: In those eras, burlesque was a popular form of entertainment, and there is a lot of ephemeris from that era that modern day performers draw on for inspiration. In 2008 as I started to create House of Thee UnHoly, I wanted to play off some of the standard structures of a burlesque show but also broaden people's concept of what burlesque is and can be.

I really wanted to bring back live music element, while moving away from the emceed variety show format that is standard in burlesque and one that I had been participating in for over 20 years in shows that I was either performing in or producing. Historically a lot of burlesque is performed to the blues and I chose the 70s because it has some of the best blues-based rock n' roll -- it's as sexy as it gets! 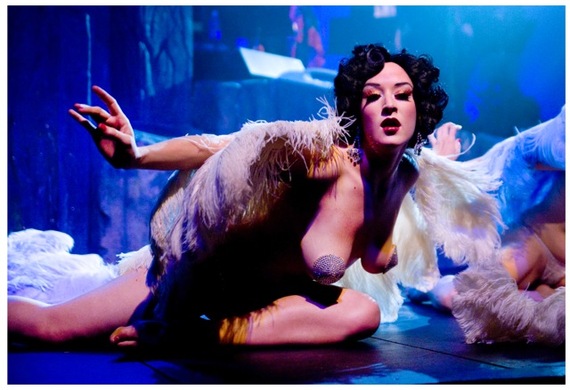 Lily Verlaine in The House of Thee UnHoly. Photo by Michael Doucett

WH: Can you talk about the genesis of this project?

Paula Now: I created the show at a time where I felt audiences were ready for a new format that moved away from the variety show model, as a producer it is my job to anticipate what the audience desires next. I wanted to ditch the predictable gender binary and what better time period to use to challenge the gender binary than the glorious androgynous 70s?

Also I wanted to create adult entertainment. So much of the modern day burlesque scene was and is, campy and cute. I wanted a show that was unforgivably sexy, House of the UnHoly is not X-rated, but it's adult in nature, sophisticated, and mature. The entertainment industry is lacking adult entailment that is not x-rated. It's time to enjoy what being an adult human can be.

I wanted to meet the audience's intelligence and allow them to come up with whatever story they wanted to create for themselves in their heads by putting something mystical in front of them without hammering in what I wanted them to think about it. The show does have some Benny Hill moments, its not all Sex, Drugs and Rock and Roll. It's also Sex, Comedy and Rock and Roll. 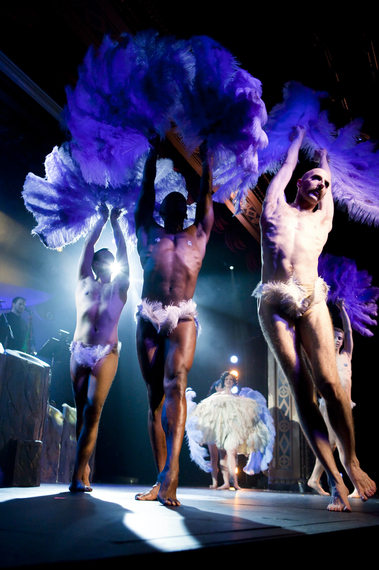 
WH: How did you work all the amazing performers into the show? Can you talk about creating individual acts -- how collaborative was it?

Paula Now: As an example Miss Indigo Blue came to the first production of House of Thee UnHoly with her own act that she had created for a book release event for Ellen Forney's I Love Led Zeppelin. After the first production, I pushed Indigo to expand on it with Leroi The Girl Boi, as they were both out in the community of burlesque using the same music, "The Lemon Song". There are many contributing choreographers in this production, including Douglas Riding and Lily Verlaine, but Waxie Moon contributed a lot of guidance when s/he joined the cast in the second production and brought in some theatrical exploration techniques that help us further develop and refine many of the acts. 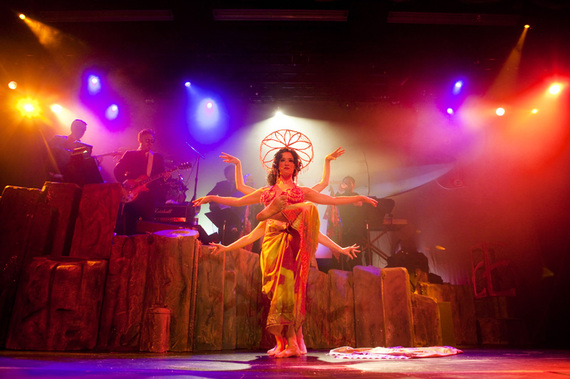 Lily Verlaine in The House of The UnHoly


WH: What are you favorite moments in the show?

Paula Now: When the curtain rises and I know the audience is off on an uninterrupted 90 minute long journey. I loathe intermissions. 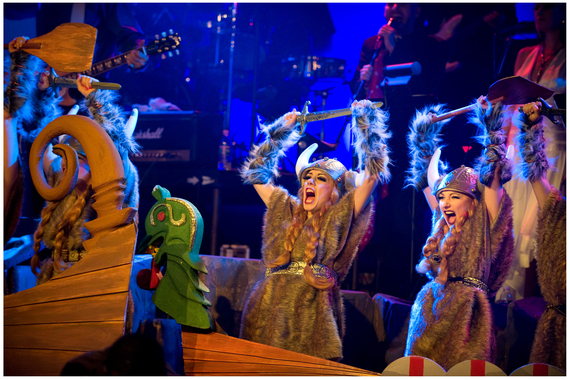 
WH: You have become a kind of Gertrude Stein of cabaret, connecting so many artists to each other and seeing them grow and get more successful. Did you always know that that would be a big part of your creative life?

Paula Now: Hahaha! Where's my Alice B. Toklas? I love connecting people and feel cross pollination makes for a more interesting experience in life and in artistic processes. I had no idea that my passions would lead me where they have. 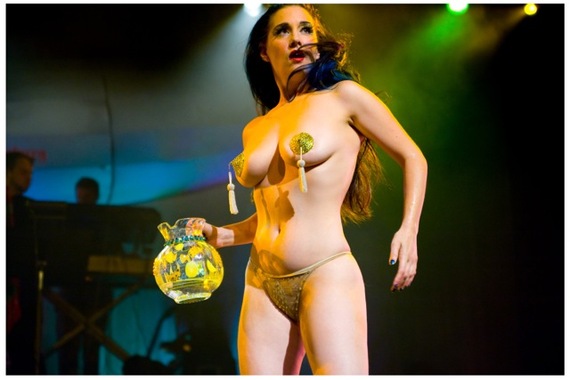 WH: Over the years, I'm sure you have observed many instances of the mainstream culture drawing from and appropriating elements of underground performance, whether it's punk, drag or neo-burlesque. Do you agree with people who believe that this mainstreaming is always a bad thing?

Paula Now: Is there an underground anymore? I thought the internet had nipped that in the bud!

My understating of the value of being in the "mainstream" is that your product is equitable i.e. you make money, and I only wish for all the creative people I know to make money.

I've seen many creative people from the 80s underground art scene cross over to the mainstream, the best examples being Ann Magnuson, Steve Buscemi and of course RuPaul who was creatively lampooning the world High Fashion and Models on the stage of the Pyramid Club. 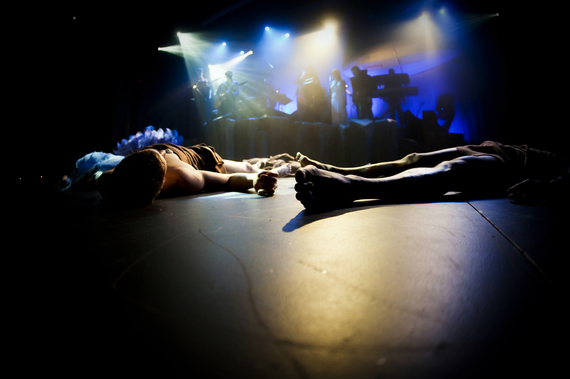