With the opening of the Bilbao Guggenheim in 1997, the era of the Franchised Museum was inaugurated. Western giants such as the Louvre and the Guggenheim started extending their brands through partnerships and built branches featuring mega structures as the main museum attraction. The museum structure became part of the main draw and with it a demand by municipalities, educational institutions and by leading figures of commerce for more of these gigantic works of structural art, thus becoming giant billboards extenuating the attention to the architect and the patron brand rather than to the art showcased within it. The museum building became a new form of art installation.

This new rise in museum construction was augmented by the advent of high-powered low cost computing which empowered architects to visualize high concept shapes and test the structural integrity of designs before the actual construction took place. This phenomenon has freed architects to think beyond traditional structures to experiment with shapes and ideas, leading them into the realm of the conceptual artist.

Like artists before them, museums launched the architect on a grander public stage. This is the time of a new strain of the worshiped artist, the famed architect as the most famous of all living sculptors, with a long list of clients willing and able to provide patronage. This is the background with which ambitious architects have had to compete for front row seating, giving rise to a hoard of high concept sculptural designs and drawings created to win work. A select few of these great concepts have evolved into feasible real buildings, the others have been left unbuilt.

World renowned Mexican Architect Michel Rojkind's design for the Tamayo Museum near Mexico City was granted land by the municipality and promised funding by Mexico's National Institute of the Arts (INBA), then came a change in politicians, the promised land donation was taken back and the museum's future was put at a standstill.

Some of the greatest designs suffer the worst setbacks, from political obfuscation, local development protests to loss of promised funding. In collectible books and Edtion29 Architecture for the Apple iPad, these architectural works of art live on to be discovered and explored once again. 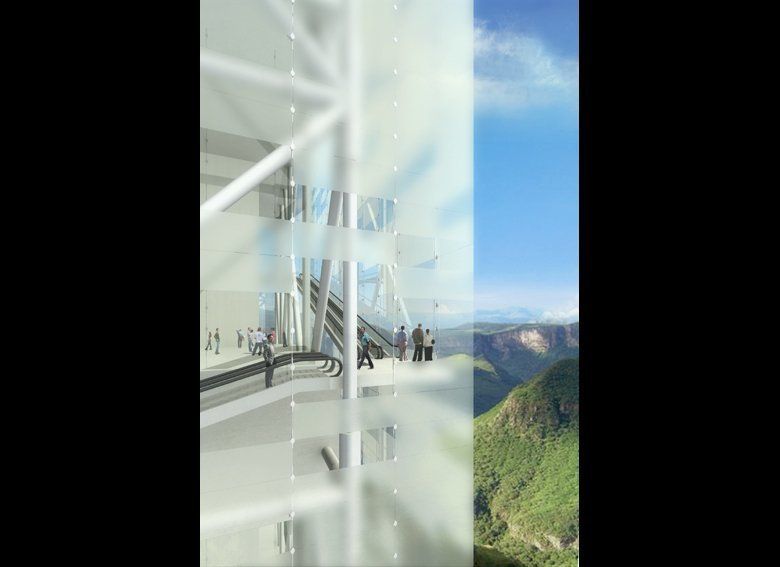