by Krisanne Fordham and David Jefferys

Hawaii's not the only island with beautiful black sand beaches: a small stretch of Puerto Rico's Vieques coast is similarly blessed with inky, jet-black sand. The color of the sand at Playa Negrita can be attributed to fine but heavy volcanic material, containing tiny fragments of lava, that's transported from volcanic areas like Monte Pirata through quebrada and onto the beach itself. 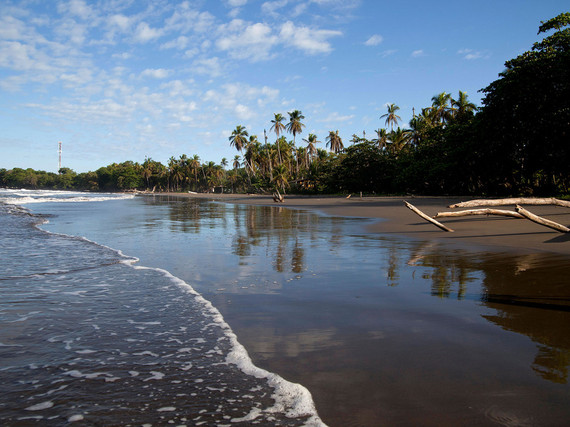 Playa Flamenco, or Flamenco Beach, is known widely as one of the world's most beautiful beaches, and for good reason. It stretches for a mile around a sheltered, horseshoe-shaped bay, and boasts the softest, whitest sand of all the beaches in Puerto Rico. But be warned: You'll need to come early to find a spot on it. 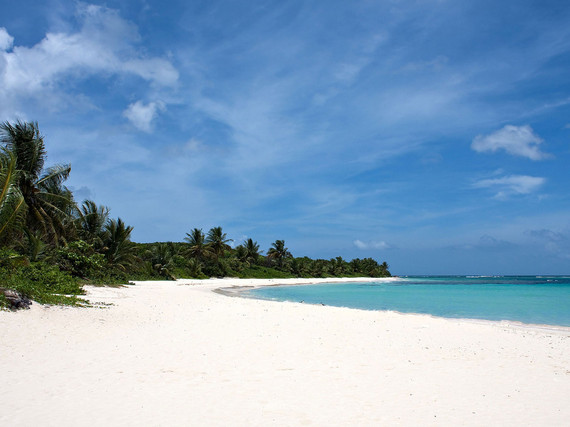 Though Maui's best known for its pale, silky sands, Kaihalulu Beach, or Red Sand Beach, is famous for its fine, terracotta-colored sand. Set against dark, jagged lava rock and sloping gently into emerald-colored waters, Kaihalulu looks almost otherworldly. Worth a visit, if you can find it: It's nestled in a well-hidden cove just south of Hana. 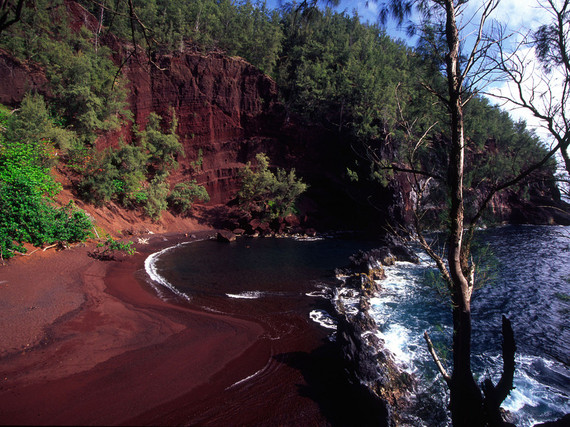 Mozambique still flies largely under the radar as a beach destination, which is a good thing: Its beaches have a Maldives feel, but remain completely untouched and pristine. Vamizi Beach, on the crescent-shaped Vamizi Island, feels especially unspoiled with its pearlescent white sand that many visitors claim is as fine as powder. 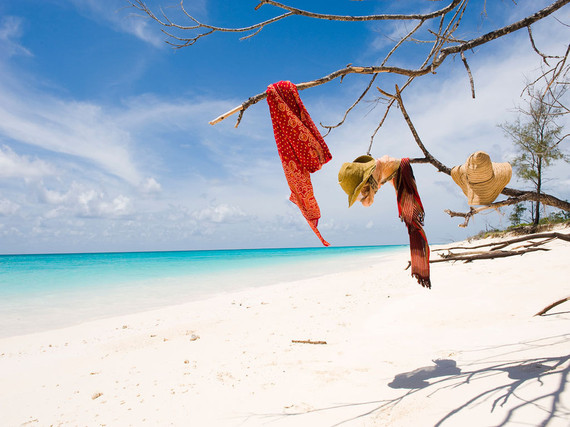 Anguilla has 33 pristine beaches, all of which boast ultra fine white sand set against shockingly blue waters. While they're all spectacular, Shoal Bay East is the top pick: Its blindingly white shore is broad and stretches over a mile long, and contains tiny fragments of pure white shell, which adds a distinctive sheen to the entire beach. 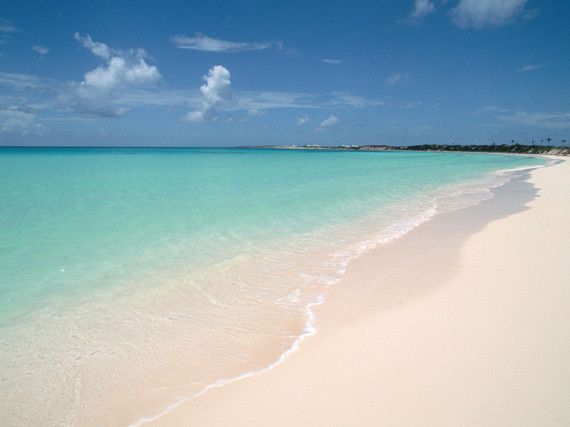 Coquina Beach, on the southern end of Anna Maria Island, is the opposite of South Beach: It's laid-back, bordered by towering pines, and boasts perfect, unspoiled sand as fine as powder. It's also the longest stretch of sand on Anna Maria -- uninterrupted, but for remnants of old piers jutting out into the water. 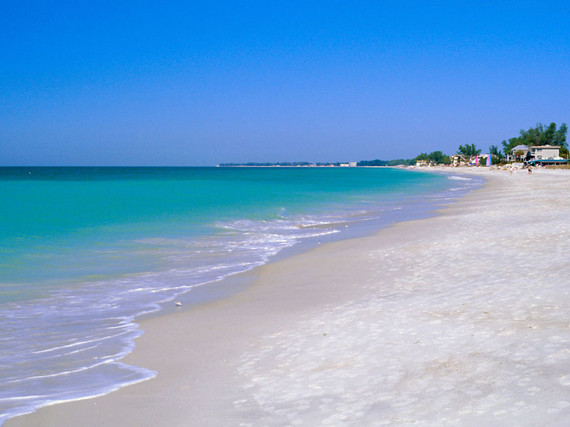 The aptly-named White Beach is just that: a glistening stretch of chalky, ultra fine, ultra white sand that's silky to the touch. It's admittedly become more touristed in recent years -- though nowhere near as much as Bali or Koh Samui -- but even the crowds can't take away from the bliss of digging your toes into this literal powder. Added bonus: Practically every restaurant on the strip lets you dine on the sand itself, steps from the turquoise ocean. 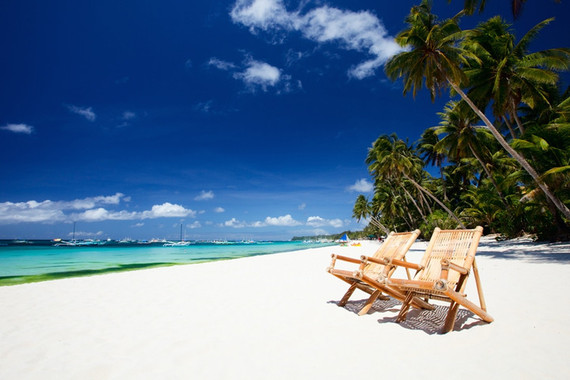 Tiny Cocoa Island is technically not a beach, but the soft, silvery ring of sand that encircles it serves the same purpose: You lie back, dig your toes in, sip on a cocktail, and watch the sunset. If you can somehow manage to drag yourself from its velvety shore, there's a coral reef teeming with marine life just a short swim away from Cocoa Island by COMO, Maldives resort. 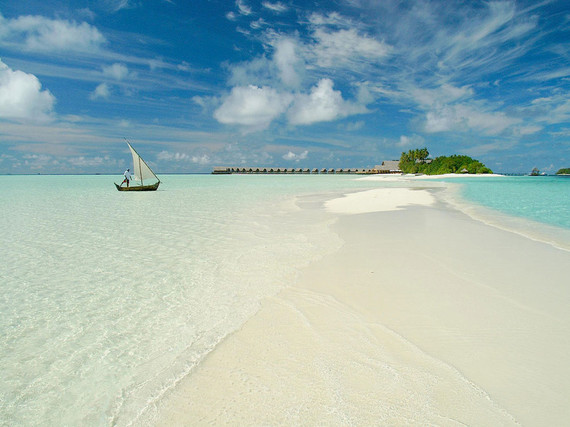 Cayo De Agua is a double threat: Its crystalline, pool-like waters are great for snorkeling and swimming, and its deserted ivory sands are perfect for doing absolutely nothing at all. Though most beaches in Venezuela are pristine, the arch-shaped cay is especially so; it's part of the Los Roques Archipelago National Park, the largest protected marine park in the Caribbean Sea. 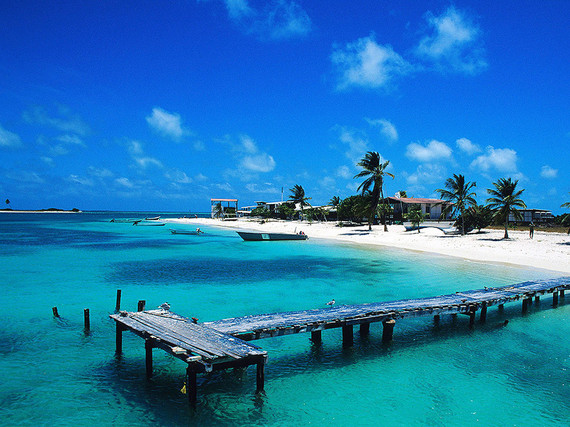 Whitehaven Beach is consistently ranked as the world's best beach, and with good reason: It's almost surreally beautiful. Besides its crystal clear waters, it's known for its white sand, consisting of 98% pure silica which gives it a bright white color. Unlike regular sand, the sand on Whitehaven Beach doesn't retain any heat -- making it comfortable to walk on barefoot, even on a hot day. It's also one of the largest beaches in the Whitsundays, stretching over four long, gorgeous miles. 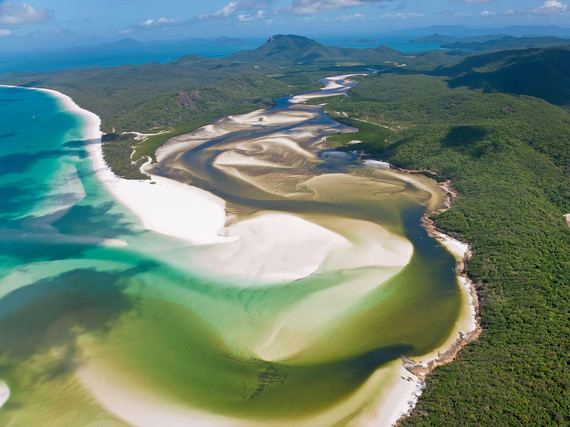