With more than 140 million active users tweeting 340 million times per day as of March 2012, drawing in followers on Twitter with one well-crafted, 140 character-long tweet can be pretty difficult. While you may not have mastered the art of tweeting yet, the least you can do is avoid tweeting the wrong thing.

Thankfully, researchers at Carnegie Mellon University, Massachusetts Institute of Technology, and Georgia Institute of Technology have recently discovered just which kinds of tweets float and which inevitably sink. Using a website they created called Who Gives a Tweet?, researchers asked users to rate 10 different tweets as "Worth Reading," "OK," or "Not Worth Reading" in return for anonymous feedback on their own tweets.

They then analyzed 4,220 ratings sampled from a total of 43,738 tweet ratings submitted by 1,443 users and collected between December 2010 to January 2011. Their findings were presented at this year's Computer Supported Cooperative Work ACM conference in Seattle, Washington.

According to their results, Twitter users should stay away from sharing complaints, shallow opinions, or simple greetings like "Good morning!" In addition, tweets that are part of a personal conversation or simply explain what a user is doing at that current moment aren't very appreciated by followers.

However, they also explained that this small sample might not necessarily be representative of the Twitterverse as a whole. Writes the Harvard Business Review, "The researchers caution that their raters tended to be technology-centric and news-focused (many learned about the study from sites such as TechCrunch and CNN.com), and may not be representative of Twitter users in general."

Check out the rest of the researchers' findings below, and then make sure to check out our slideshow of helpful Twitter tips you wanted to know but were afraid to ask (here). Are you guilty of sharing these kinds of tweets? What are your best tweeting tips? Let us know in the comments! 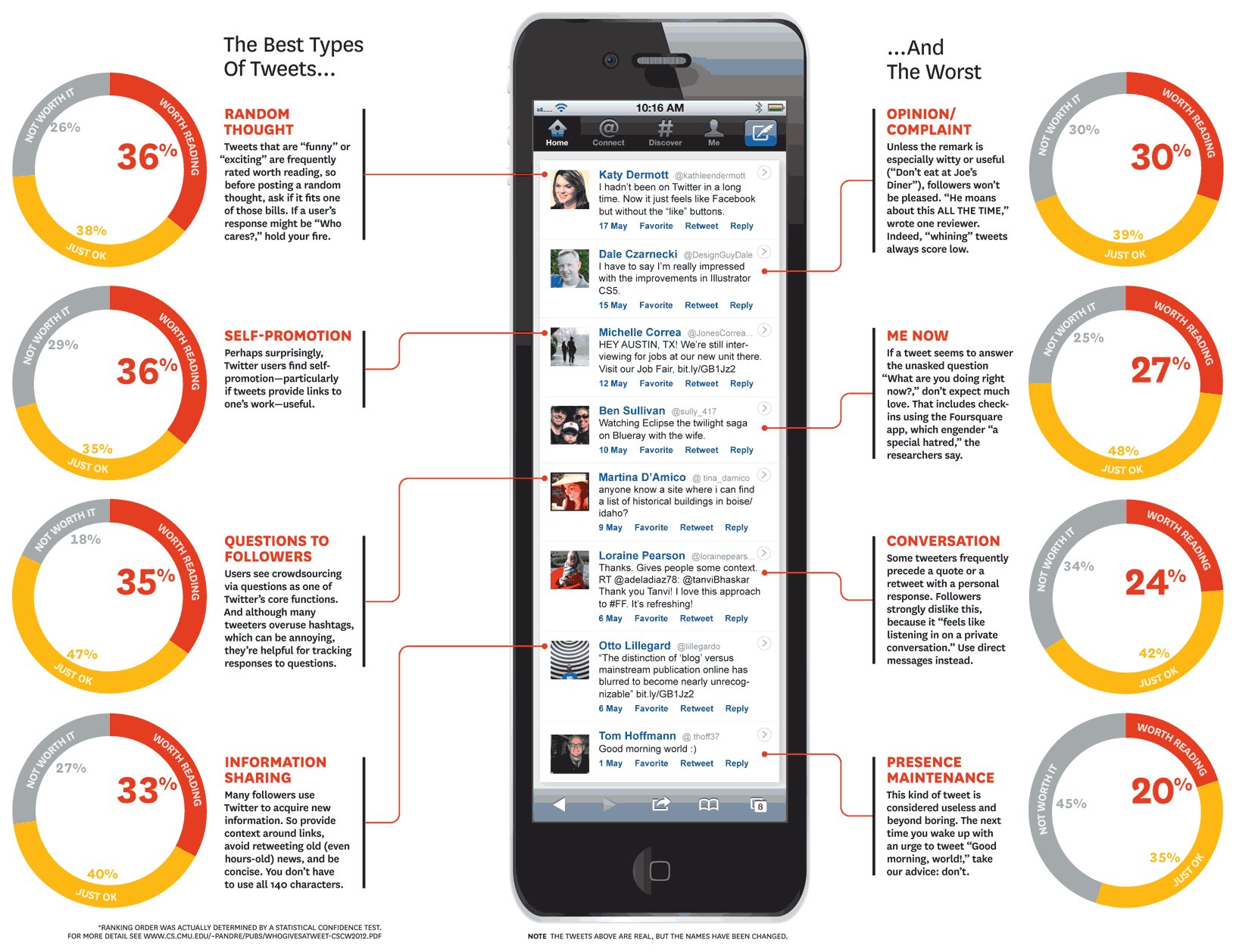