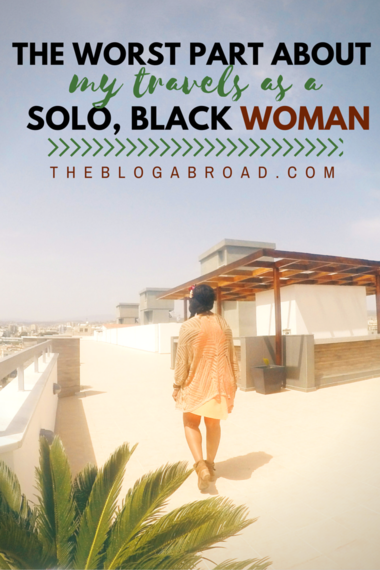 While I'm the first to encourage my fellow African-Americans to spread them transatlantic wings to hop across the pond and join me in Europe, there's a part that I'm always hesitant to open up about when it comes to the reality of our existence in some parts of the world.

And while I can't speak for every black woman, nor every country's views, I can share my experiences, my observations, and my discoveries, in hopes that it can prepare and even educate fellow black women as to something that is far too common, and yet, beyond our control.

Sorry to build the suspense, but I have to contextualize this, because again, I was so oblivious to it at first, that when it happened, I was so shocked, disgusted, and confused. And a bit saddened as well. 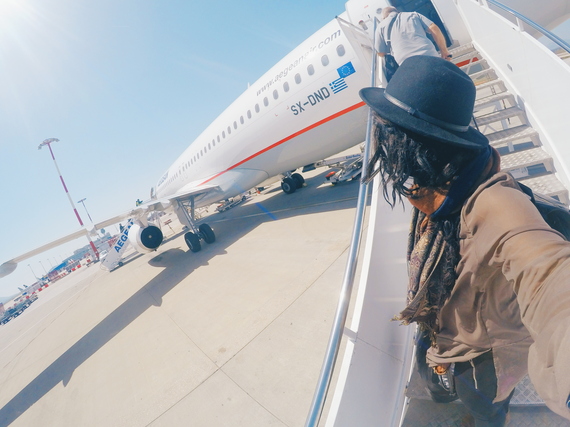 Because when you're so used to doing everything to control the perception others have of you, and then having that "power" taken away from you for the simple fact that you're in a city or region where people that have your skin color, are usually prostitutes, it's a hard pill to swallow.

I was mistaken for a prostitute.

Not just once. But dozens of times. And I've honestly lost count.

The first time it happened, I was in Spain.

The second time, The Czech Republic.

And before the cynics begin to question what I was wearing, it didn't matter. I was clothed, covered, and respectable.

Whether that be in a long, flowing skirt or in jeans and a peacoat, there are just some regions of the world who see black skin on a woman, and assume that the only way I was able to afford to get there and stay there, was by way of selling my body to a local.

This way of thinking isn't born overnight. It's taught and it's engrained by what's happened in the past. 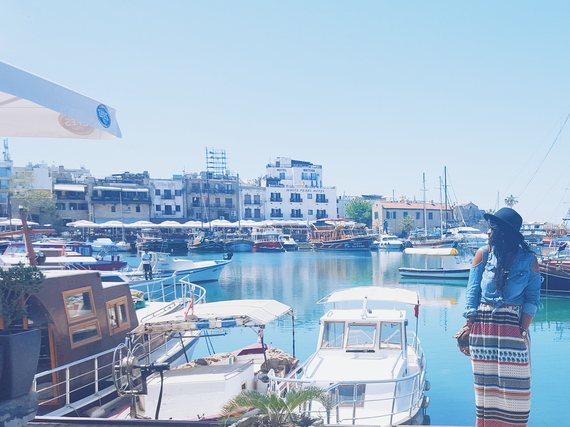 In Barcelona, my favorite city in Europe (and that's extremely biased as I got to call it home for a year), I soon learned that there were certain streets I just couldn't walk down at a certain hour, even as "early" as 8PM.

One time I was with my German friend leaving a restaurant, and he was walking me back to the train station on the famous La Rambla street, and one by one we're met with these strange looks that I can't quite describe. It was a mix between a look of congratulations to my friend and a look of dirtiness to me.

We pass police officers who mutter something along the lines of "good job" in Catalan, while looking towards my German friend, and seemingly scaling me up and down as if imagining what Nicki Minaj moves I had in my repertoire.

My friend and I look at each other, mutually sensing the discomfort of the situation, but still wondering why we were attracting such strange expressions.

And this was one of my closest friends while in Barcelona, strictly platonic, and now incredibly awkward.

I start becoming self-conscious and more observant of everyone around us, wondering why we were getting so much attention.

And then I lock eyes with what looked like a West-African (specifically, Nigerian) woman.

It's now clear they were prostitutes, and they've mistaken me as their "competition" and crossing into their territory.

By now, we've made our way off the main strip of La Rambla, and off to the smaller sidewalk, because the attention became too much.

And then we notice a trend.

Every 100 feet or so, there's a new African woman.

Giving me the same "jealous" glare as if they're mad I had found a "customer" for the night, while they were still out there harassing every man that passed them by.

You see, most African prostitutes in Europe don't exactly dress like prostitutes do. They wear coats, scarves, sweaters, and jeans. Just like me. Therefore, making us almost indistinguishable.

I was an empty corner away from looking like one of them, and the embarrassment was enough to keep me away from that street past dark for the remainder of my time in Barcelona.

I tried hard to forget about that night, and my friend and I only talked about it once over coffee, before agreeing to pretend it never happened. It was awkward. To have a friend walk down a street for 15 minutes under the assumption that you, his good friend, was purchased for the night.

I don't walk around flashing my college degree, credentials, or achievements on my arms, but the fact that I couldn't and didn't really know how to defend myself, was something new. I was embarrassed. A type of embarrassed that leaves you speechless and unsure how to vent or open up about it with friends. 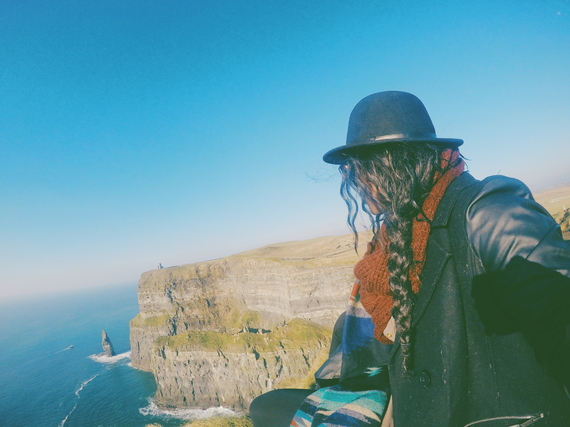 Another time while I was out and about exploring the city, I arrive at a small intersection where I see a car coming.

When I'm in no hurry, I'm always very laxed about letting cars just go in front of me, and depending on where you are, most of them do anyway.

But I see him slowing down, and encourage him to press the gas again, and do a motion with my hand that waves him through to carry onwards.

But he instead brakes even harder so that his passenger window is right in front of me, winds down his window, and excitedly asks me in Spanish how much I charge, soon motioning that he didn't even care, to just hop in the car anyway, reaching over to open the door.

The shock hit me so hard again, I felt like someone just punched my gut. I *accidentally* kicked his car and walked around him and crossed the street.

My Spanish/Catalan was so bad at that time, that I hadn't taught myself how to be angry in a foreign language yet. And God knows that was probably for the best. Jesus took that wheel.

And as much as I try to forget it happened. It soon happened again in Seville, Spain. And then in Prague, Czech Republic, and then in Gjirokastra, Albania. And several other cities, towns, and villages around Europe.

And being here now in Cyprus, I was reminded yet again, that this is just a part of my solo travel experience that I have to accept. Because it's happened again. 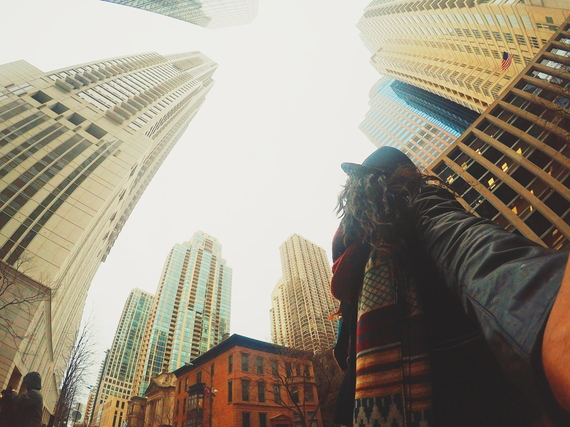 The other day I met a lovely lady from The Philippines who's the pastor of a church here who told me about their worship service happening in a few minutes.

She wanted to prepare a few things and had her husband walk me to where the church was located.

Sidenote: After traveling for so long, you start to develop a spirit of discernment, and I knew from the sound of their voices and the joy in their heart from finding a "sister in Christ" that I was in good hands.

So her husband and I start walking down the main street and heading for the church.

He was probably in his early 60's, and since the wife was off picking up some things, there we were. An older man, with a 20-something old black woman, and immediately, the heads are turning, I'm hearing mutters, and on this narrow street lined with bars and restaurants of hundreds of people sitting outside facing towards the street, we soon become the center of attention. And by the looks of their faces, it was not for anything good.

There is nothing more embarrassing than the thought of someone thinking you were just "purchased".

I knew what everyone thought, and my jolly new friend, oblivious to it all, is telling me about his journey of being a born again Christian, and how much God has worked miracles in his life.

And there I was, instead of rejoicing with him in his victories, allowing my human side to take over, and I put my head down, trying to avoid all the stares and mutters we were receiving.

It was different than the stares I got when I was by myself exploring Cyprus. People smiled and waved, and even chimed in a few times with, Welcome to Cyprus! It was beautiful.

But it was about 8PM this time. And all I saw were judgmental faces.

We soon arrived to the church and I'm greeted by a cheerful group of Filipinos, Sri Lankans, and Africans who are so delighted to see a new face in their church.

But the walk I made to get there was too much for me to handle at the time, and I was still trying to process it all. I honestly just wanted to break down and cry and run back to the comforts and confinements of my hotel.

I wasn't in the mood to serve or sing, although that was probably the exact type of environment I needed to be in, but I was tired of going through that same worthless strut that had followed me in far too many cities around Europe.

But writing is my form of healing.

And just like my Prague experience, I'm slowly but surely teaching myself that I simply cannot control others' perceptions of me.

Despite my accomplishments, despite my education, despite what I've overcome to get where I am today, if they're accustomed to associating my skin color with those of prostitutes, then I simply can't let that get to me. 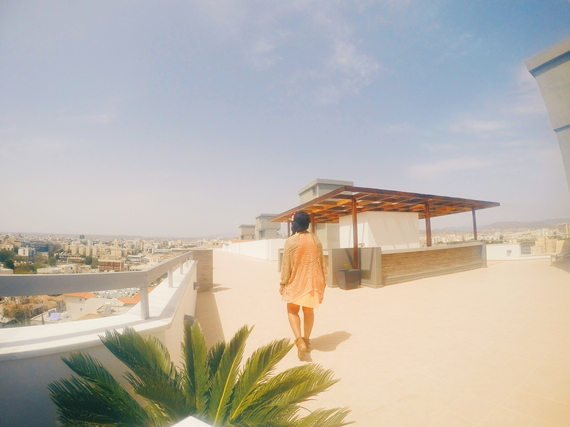 Their ignorance is NOT my problem.

So while I want nothing more than my fellow African-American women to go out and explore this beautiful world around us, on their own if they can, please do be prepared and aware that this might be your experience too.

I've been traveling around Europe cumulatively for almost 1,000 days since 2012, and that's been filled with beautiful encounters, cultural exchanges, and inspiring conversations.

So these moments definitely make up the minority of my experience. And it's important to remember that while we can't change the perception of black women in these countries overnight, we can do our best to increase our presence, as everyday tourists, worthy of respect and not lazy assumptions about how we afforded to get there in the first place. 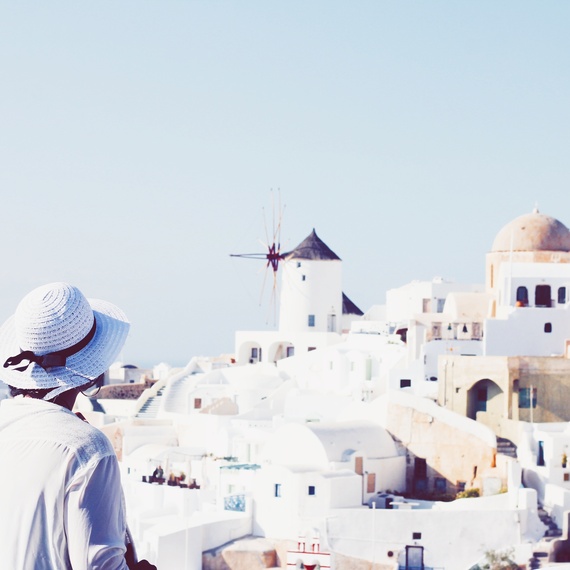 And know that these problems aren't exclusive to these cities and countries, nor is the prostitution label exclusive to black women, because it really depends on the history of foreign women in that area.

And if a fellow African-American female traveler went abroad for the first time and experienced this, I can at least feel good about letting her know that she is not alone and it's completely out of her control.

So while I wrote this as more of a therapeutic way for me to cope, I also hope it enlightened some of you all too.

--
About the Author:
Gloria Atanmo is an American Travel Blogger and Digital Storyteller at TheBlogAbroad.com where she recounts her experiences from around the world. With over 30 countries under her belt, she hopes to continue educating, empowering, and inspiring others to start their own journeys abroad.

You can follow her Instagram for daily pictures around the world, and check out her e-book for more powerful stories.