Dr. Ben Carson, currently one of the frontrunners in the Republican presidential field, is not a novelty even though he is an African American candidate in a party that is overwhelmingly and disproportionately white. In fact, since 1996, Republican primaries have routinely featured a black candidate: Dr. Alan Keyes (1996, 2000 and 2008) and Herman Cain (2012).

As a famed neurosurgeon, Carson is, of course, more impressive than either Keyes or Cain. But Carson, Keyes and Cain are remarkably similar in their approach to their candidacies: they all have sought to out-conservative the most conservative white candidates in the Republican field (and to do so with an ersatz showmanship). But if the role of the modern black political conservative is to mimic and surpass white conservatives, what precisely is their contribution to the Republican Party? What, in other words, is the worth of a black conservative? 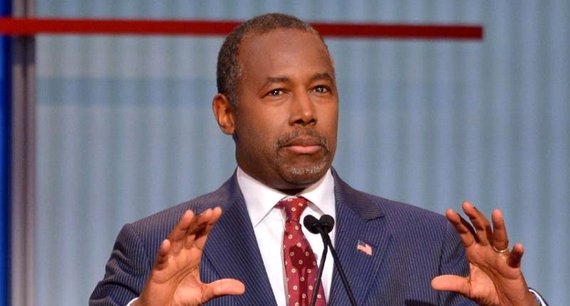 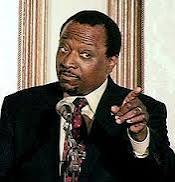 If the question seems odd or provocative, it ought not be. Historically, African-Americans' affiliation with a political party has been transformative for that party. Indeed, the very issue of their freedom defined the politics of the Republican Party for generations after the Civil War, and blacks' allegiance to the party of Abraham Lincoln reflected the relative racial liberalism of Republicans through the mid-1950s. Alienated from the Republicans by Barry Goldwater's racialized 1964 campaign in which he opposed the Civil Rights Act of 1964, blacks migrated en mass to the Democratic Party, again defining--not conforming to--that party's politics on key issues.

Since 1964, Democrats have taken up the mantle of civil rights largely abandoned by Republicans, but importantly, during much of this transition, black Republicans did not ape Goldwater conservatism. Instead, the likes of Senator Edward Brooke, Transportation Secretary Bill T. Coleman and General Colin Powell, stood as moderate stalwarts as the Republican Party drifted rightward.

Black Democrats have never taken the party as they found it. Jesse Jackson's two runs for the presidency in 1984 and 1988 are arguably prescient precursors to Sen. Bernie Sanders' populist surge in the Democratic primaries today. Sanders' call to tax U.S. corporate profits no matter where they are earned is of a piece with Jackson's 1984 platform that advocated "corporations can play a creative role by reinvesting profits in America rather than abroad."

Well before Occupy Wall Street or today's focus on income inequality, the Congressional Black Caucus (CBC) routinely offered alternative budgets that few of their white colleagues in either party signed on to, but which nevertheless kept pressure on Democrats to address the needs of the poor and lower-income Americans. The point is, black progressives have been about molding rather than mimicking the politics of their party of choice. This used to be true of black Republicans as well. Can the same be said of today's black conservatives?

Maybe Dr. Carson's contribution to the Republican Party is to push it further to the right in the same fashion that black progressives have helped to move--at least in relative terms--the Democrats to the left. Yet there are plenty of white conservatives filling whatever void may exist on the right. (Ted Cruz comes to mind immediately, and, to the extent that his surname removes him from consideration, try Scott Walker, Mike Huckabee, or Carly Fiorina.)

Republicans will protect gun rights with or without Dr. Carson's noxious analogies to Nazi Germany. They have voted more than 50 times to repeal Obamacare without labeling it, in Dr. Carson's words, "the worst thing that has happened in this nation since slavery." And they are pretty good at denigrating the Black Lives Matter movement without Carson adding his voice to the fray.

So what is Carson's particular value to the GOP, the reason he's captured the imagination of so many Republican voters? Under the GOP's conception of diversity, a black face uttering the same rhetoric as the most conservative white Republicans is value added, even if he brings not a single minority voter to the party with him. And Carson won't, just as Keyes and Cain didn't.

Today's black conservatives do not give black voters a reason to join ranks with Republicans other than the color of their skin--an ironic appeal to identity politics by folks who, in Carson's words, would like to "de-emphasize race." Yet race is the unspoken reason white conservatives pay attention to Ben Carson at all. He is for them validation of their hidebound beliefs that have been rejected by the vast majority of black voters. For conservatives like Rupert Murdoch, who believe that Carson would be "a real black President," Carson is the political equivalent of a white person's "black friend," the aberrational relationship in the white person's life that relieves him of any compunction about his isolation from and stereotypes of people of color who do not play the assuaging role of a Ben Carson.

Ben Carson will not be the Republican presidential nominee in 2016, nor will he be part of the ticket. That was never the point of Carson's candidacy. Instead, like virtually every modern black political conservative, Carson's raison d'etre is to validate the very philosophy and policy positions that have long alienated people of color from the Republican Party.